Sun International at lowest level since ’91 and how to structure a recovery portfolio outside of tech stocks
Does the future of education look more like Zoom than classroom?
Investec’s new USD S&P 500 Autocall and why caution is key when dealing with your data
CLICK THIS COMPANY MORE COMPANY NEWS SENS
ADVTECH He will join the group in August as CEO of its South African operation, which currently has 12 high-end private schools under the Reddam House and Reddford House brands in the country.

The London-based Inspired group has some 64 private or boarding schools across Europe, Australasia, Latin America and the Middle East & Africa region as part of its global portfolio, reportedly valued at around €3 billion.

Founded by Nadim Nsouli, the private schooling group has strong South African links and includes the Oppenheimer family and top educator, Graeme Crawford, among its shareholders.

Crawford was the founder of Crawford College schools in South Africa in the 1990s, which was later sold to JSE-listed private education group, ADvTECH. He started Reddam House in 2001, which was acquired by Inspired in 2013 for an undisclosed sum.

Speaking to Moneyweb, Nadasen (45), said he was sad to be leaving Tsogo Sun after 24 years with the group, but when the opportunity came up, he realised it was a good time for a career move.

“It wasn’t an easy decision … Actually, I was gutted when I gave my letter of resignation to Marcel von Aulock [Tsogo Sun Hotel CEO], who has become a friend and mentor over the years in his different roles in the group. Marcel wasn’t happy considering the timing, but he also did not want to stand in my way,” he said.

“I was approached back in February, before Covid-19 hit South Africa, so this has nothing to do with the pandemic or its impact on the tourism and hospitality industry … I am in my mid-40s and think it is the right time for a new challenge,” he added.

Nadasen noted: “Being headhunted by Inspired, a burgeoning international private education group that has a significant presence in South Africa, is a great opportunity … I believe I can add a lot of value, especially on the customer service and property operations side, considering my experience in the hospitality industry.”

He said that he won’t be lost to the tourism sector and would continue some of his roles, such as interim chairperson of South African Tourism, until his term comes to an end.

Besides the national tourism agency, Nadasen has held several other board positions within various industry organisations over the years, including the Tourism Business Council of SA, Cape Town Tourism and the Cape Town Chamber of Commerce and Industry.

He started his tourism career as a junior manager at the Southern Sun Elangeni Hotel (now the Elangeni & Maharani) on Durban’s beachfront in 1996 and has held several hotel general manager positions within Tsogo Sun over the years, including the landmark Southern Sun Cullinan Hotel in Cape Town.

Later, he became operations director, overseeing Tsogo Sun’s cluster of hotels around the Sandton Convention Centre. And, in 2017, he was appointed COO of the hotel group.

Nadasen no doubt has made his father particularly proud. His father was a waiter during the apartheid years at the Elangeni Hotel and even worked under the legendary founder of Southern Sun, Sol Kerzner.

“That’s how I got into the industry … It has been an amazing experience being in tourism over the years. I have some incredible memories, especially being involved with major events such as the Non-Aligned Movement Summit in Durban 1998, the 2003 Cricket World Cup, the IPL and of course the 2010 FIFA World Cup,” he enthused.

“I never would have imagined the tourism industry would be facing such a crisis as Covid-19 currently, but I will be with the group (Tsogo Sun) until the end of July … We have been working hard to restart operations as the restrictions are being eased. These are challenging times and I want to continue to play my part until my last day,” he added.

Nadasen said one of the greatest things about the hotel industry is seeing how people that he has worked with, develop and grow within Tsogo Sun.

“It’s always something that I have sought to do and really thrive off the feeling that I have had some part in the growth and development of the people in our company.”

“A great example of this is Wayne Smith the current general manager of the Elangeni & Maharani, who joined us as a switchboard operator at the Drakensberg Sun 21 years ago… Today he runs the largest hotel in our group,” he said.

Nadim Nsouli, CEO of Inspired, said Nadasen would be a great addition to the business in South Africa.

“Inspired has more than 50 000 students at our premium private schools globally, and South Africa makes up a fair share of this. Since Inspired took over Reddam House in 2013, we have invested heavily in the country, effectively more than doubling the number of schools we operate here,” he pointed out.

“We don’t have immediate plans for more schools in the country, but have hired Ravi because we needed a strong operations exec. He has a track record in customer service and business operations. We believe he will be a good fit,” said Nsouli.

WELL DONE AND BEST WISHES FOR THE NEW JOB.

Well done Suren.
Clever move – perfect time to get out of the Hospitality Industry.

Great stuff. We are proud of you! Thank you for adding so much value to the tourism industry. Keep advancing Private education in South Africa so the country can keep growing as a powerhouse and as the powerhouse of Africa. Make sure that your students believe that they will become the best in the world! If you believe it in your heart, you can achieve it!

Marcel is a Great leader as well.

Delusional as always, Dadape. “Powerhouse of Africa”. The only thing growing here is a mound of debt. 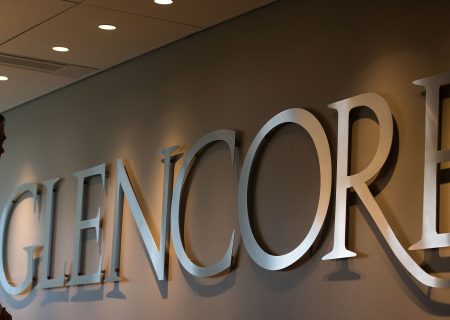