Gold Fields could spend up to $500m for working mine 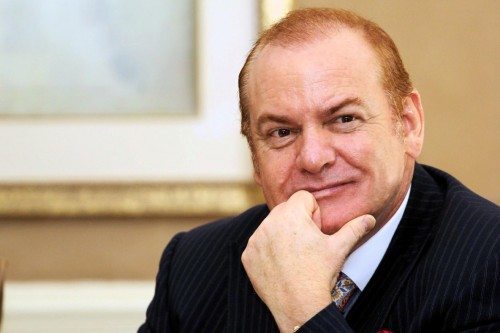 South African bullion producer Gold Fields can afford to spend $300-$500 million on an acquisition but is only interested in working mines, its chief executive said.

Nick Holland told the Reuters Africa Investment Summit on Tuesday the bulk of mines that fell into that category were in Africa and the Americas and the window of opportunity to strike such a deal was within the next year.

“We think our ability to do a new deal is somewhere between $300 and $500 million … And there are quite a few opportunities within that range and value,” Holland said.

“If we did something we would only want to buy in production mines. And the reason for that is that there is a unique value curve at the moment wherein production mines are trading at a discount to net asset value,” he said.

This means they are worth less than their asset value.

“Historically they were trading at multiples of net asset value and I don’t think (the current valuations) will be around forever so I think that the window will close over the next year or so,” he said.

Holland added that such a deal would have to generate cash from the start and the company could then probably take on additional debt.

Gold Fields has been reducing its debt in recent months and borrowings totalled $1.45 billion at the end of December, putting its net debt to earnings before interest, tax, depreciation and amortisation (EBITDA) at 1.3 times – well below the 2.5 times level agreed with creditors.

On the other hand, debt was one of the reasons peers such as AngloGold Ashanti might need to sell assets.

“When equity markets are quite tight as they are now the only other source of income to reduce debt is asset sales,” Holland said.

On the prospects of sealing a deal, Holland said: “I always say the probability is low.”

He also said that with the current gold price stuck near $1,200 an ounce, greenfields exploration – which basically means looking in new territory – was not a wise use of capital.

“Over the last 16, 17 years that I’ve been in the company we’ve spent over a billion dollars on greenfields exploration and we didn’t really bring anything to account that ended up being an operating asset,” he said.