Group is embarking on a hiring spree in major emerging economies like China, it’s also expanding its footprint in SA.
By Roxanne Henderson, Bloomberg 17 Jun 2021  07:44 Goldman Sachs Group’s dash for post-pandemic profits in South Africa is putting it on a collision course with the country’s biggest banks.

Already a top trader of South African government bonds, Goldman is ramping up financing in the continent’s most industrialised economy, muscling into an area dominated by local lenders such as Standard Bank Group and FirstRand.

In anticipation that South Africa will fast recover from its deepest recession in a century, Goldman is moving to a larger office in Johannesburg and plans to add a handful of hires to the 30 staffers it currently has, Jonathan Penkin, the Wall Street firm’s head of sub-Saharan Africa, said in an interview.

“If you look at risk management and FX in South Africa, the wallet of the top five banks has over a billion dollars,” Penkin said. “Of course, they have much broader franchises but we want to be able to break into a part of that.” As Goldman embarks on a hiring spree in major emerging economies like China, it’s also expanding its footprint in South Africa, adding fixed-income and foreign-exchange products aimed at corporate and institutional investors to its existing investment-banking services.

The lender recently won approval from Johannesburg’s stock exchange for a license to trade futures. In 2019, it partnered with Investec on equity trading.

“We came in at a time when other banks were pulling out and our balance sheet and willingness to commit capital to corporates has been appreciated,” Penkin said. “The advisory business has been much busier than it was last year, mainly with M&A.”

The US bank, which has had a presence in South Africa for more than 20 years, is making further inroads after committing to an expansion drive about two years ago. At a time when several other foreign firms, including Deutsche Bank AG and Credit Suisse Group AG, scaled back operations, Goldman boosted its markets offering and added licenses to build out its business.

Penkin took over Goldman’s Johannesburg office at the end of 2019 after working on Saudi Aramco’s share sale, the world’s biggest initial public offering. A graduate of the University of Cape Town, he was previously chairman of Goldman’s equity capital markets unit for Asia ex-Japan.

Goldman’s top ranks include other bankers with South African roots, including Richard Gnodde, its international head who helped oversee the firm’s expansion in the country starting in 2019.

“Finance and risk management — combining our new brokerage in South Africa together with the advisory side and providing financing and risk-management solutions to corporates — is where we see very significant growth,” Penkin said. “That’s already happening.”

Goldman is growing its South African business as President Cyril Ramaphosa makes headway on the reforms investors have sought for many years.

The government has started taking action against alleged perpetrators of corruption and raised the limit on private-power generation as the nation’s main electricity supplier Eskom Holdings faces ongoing maintenance issues. This month, the country sold off a majority holding in its national airline after its emergence from bankruptcy proceedings.

South Africa’s ability to work out challenges with other embattled state-owned companies and provide financing will be important factors for its growth outlook, Penkin said.

“We still have an out-of-consensus positive view on growth in South Africa and we think the prospects for inflation may be temporary,” he said. “That will obviously be positive for the economy as are the reforms announced last week around electricity self-use generation. These will take time to have an effect but it’s a very welcome move.”

Goldman isn’t alone in being upbeat. Standard Bank and FirstRand are among the South African lenders that have also signalled a change in sentiment around the country’s growth prospects as signs of economic recovery begin to emerge.

The nation is expected to bounce back from the Covid-19 outbreak with 4.2% growth this year, according to its central bank, and lenders anticipate better profits.

As businesses race to build scale by taking advantage of consolidation across various industries, South African firms have options. They can “either double down domestically or look overseas for acquisitions,” Penkin said.

Where are you possibly going to find R13 Billion in SA in service fees?

You will have to sell a few Gold, Platinum and Iron or mines to get R10 Billion, plus the Union buildings in Pretoria for free.

The so called economic recovery is led by taxing emigrated brains, locked out by B.E. A policy machine ever named apartheid. Both carry the smell of money. Noticed by anyone with the right smell sensing apparatus. Helping the poor is their battle cry.

Lol… and those bunny huggers thought they would prevent coal financing!! Idiots!

Rather a Goldman than a Gupta!

Local investment bankers are soon going to find out that getting jobs through koshuis cronies and hanging around the office for years as your main qualifications doesn’t win you business when there is real competition. Tighter lockdown restrictions unlikely as hospitals are far from being overwhelmed. 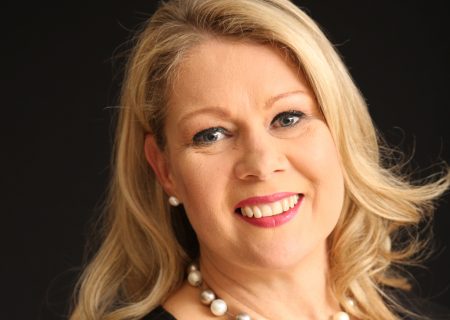