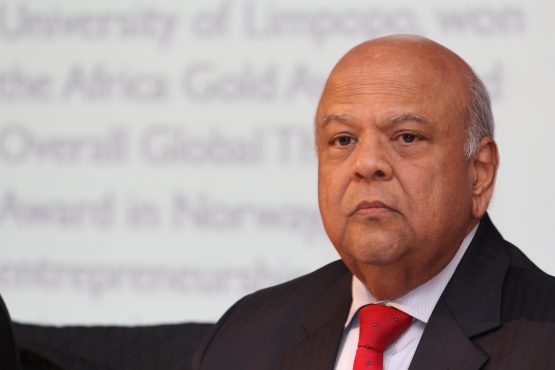 The national carrier will need to slash costs and boost revenue because the government is no longer able to provide “continuous bailouts,” Gordhan wrote.

South Africa’s finances are already stretched by demands from other beleaguered state enterprises such as power utility Eskom, to which it has allocated R138 billion in bailouts through March 2022.

The government handed control of loss-making SAA to an administrator this month in a bid to stave off liquidation and avoid thousands of job losses. Under voluntary business rescue, a local form of bankruptcy protection, a board-appointed administrator takes charge and tries to turn around a failing company.

SAA had become like “a patient experiencing multiple organ failure,” he wrote. Going into administration gives it “the best chance of retaining viable parts” and attracting an equity partner, according to Gordhan.

The airline last made a profit in 2011 and has received R57 billion in bailouts since 1994.

Maybe it is now time for Pravin to stop saying what needs to be done. HE DOES NOT KNOW and his continues interference is doing more damage than good.

You cant save the thing with a bloated workforce. SO ZIP IT MAN! Any successful business will cut it.

As a shareholder he does not have anything to do with the running of the thing. He can go and vote if that is required.

They need to watch this guy (and his boss) they will interfere.

At least the last R2bn handed to SAA was “not a bailout”…so it’s all good!

“will need to slash costs” This item is possible

“boost revenue” = not going to happen. Who is going to want to buy tickets on this airline. They have now got a K#k reputation. You don’t know if your ticket will actually get you a flight on this bird.

Say one thing ….. do the opposite.

They (Government) don’t know what they don’t know…

“Would you accept a prescription from this man?”

“…other beleaguered state enterprises such as Eskom”
When last did you check DENEL, minister?
AND famous last words about no more bailouts – are you paying the Business Rescuer for SAA from the R4bn? Or from the next bailout?

Jamnadas at his very best-spinning fairy stories. Eskom is a “manageable crisis” in a country with 29% unemployment, no growth, 53 murders a day and 41000 rapes a year.

Please Jamnadas-retire-its time…but first join Cyril on the beautiful private jet in Egypt with some caviar and champagne!