KAP Industrial’s Unitrans Passenger subsidiary faces a showdown with unions over the plan to shut the luxury coach operator down.
By Suren Naidoo 4 Feb 2021  14:14 Greyhound, which has been in business since 1984, confirmed on Wednesday that its operations will cease by Valentine’s Day due to Covid-19's impact. Image: Greyhound website

Up to 700 jobs are on the line from the planned closure of popular inter-city bus service Greyhound, unions warned on Wednesday.

However, National Union of Metalworkers of SA (Numsa) secretary general Irvin Jim has threatened to interdict Greyhound’s owners Unitrans Passenger to stop closure, saying the union was only informed of the Section 189 retrenchment process on Tuesday.

Unitrans is a subsidiary of JSE-listed KAP Industrial Holdings.

Another union, the Democratised Transport Logistics and Allied Workers Union (Detawu), has said “it will do everything in its power” to also oppose the shutdown.

Greyhound, which has been in business since 1984 and carried more than a million passengers annually before the Covid-19 economic fallout, confirmed earlier on Wednesday that its operations will cease by Valentine’s Day.

The move has shocked both unions and South Africans.

“Unitrans Passenger employs more than 3000 employees [within] its various divisions. About 693 employees will be affected by the contemplated closure of Greyhound, Magic Bus and Megabus Midrand,” Jim said in Numsa’s reaction statement.

“Should Unitrans close, this would be a serious blow to workers and their families…. We cannot afford as a country to lose any more jobs, as this will simply worsen conditions for the working class and the poor,” he added.

Jim noted Unitrans’ statement that its business has been negatively affected by the Covid-19 travel restrictions.

“Management claims that the organisation has experienced extremely difficult conditions which have negatively affected the company’s financial performance…. It claims that it does not foresee sustainable revenue for the foreseeable future,” he said.

He lamented the fact that Unitrans Passenger only informed Numsa on Tuesday about the planned closure, which was “a mere two weeks’ notice”.

“Unitrans has from the onset undermined the transcripts of the Labour Relations Act that imposes a mandatory 60-day time period for consultation. Numsa is weighing its options and does not rule out the possibility of approaching the labour court to interdict the entire process,” said Jim.

Meanwhile, in its statement Detawu pointed out that it had only been notified on Monday of Greyhound’s 14 February final shutdown.

“This is certainly not the gift of love the nearly 700 workers at Greyhound, Magic Transfers and Mega Bus were expecting,” said the union’s secretary general Vusi Ntshangase.

“In the letter informing labour of its intention to shut down, the company cites difficult trading conditions as justification for wiping out 578 jobs at Greyhound South Africa and Zimbabwe; 55 jobs at Magic Transfers; and 60 jobs at Mega Bus Midrand,” he added.

“In the same letter, the company claims it attempted to sell the operation as a going concern but failed. The employer plans to hold the first consultation with labour this Friday, 5 February,” noted Ntshangase.

He said the speed at which the process was unfolding is “highly suspect”.

“Ordinarily, the company should have taken labour into its confidence at the first sign of trouble. More importantly, the employer should have applied to have the Commission for Conciliation Mediation and Arbitration [CCMA] facilitate the retrenchment process,” he explained.

“In response to the employer’s hurried Section 189 notice, Detawu has written to the company urging it to apply for CCMA facilitation. In the event the employer fails to do so by Thursday 4 February, then Detawu will submit its own application,” he added.

“We have to question why the company did not opt to go into business rescue when it found itself in financial dire straits. Doing so would have afforded it a real chance to pivot the business, save hundreds of jobs and even sell it as a going concern,” said Vusi Ntshangase.

In statements posted online and on its social media channels on Wednesday, Greyhound said its services will run until February 14, 2021, noting that passengers with tickets booked for services after this date would be refunded in full.

“For assistance with receiving your refund, contact our Call Centre 011 611 8000 or 087 352 0352 or email your ticket reference number and contact details to refunds@greyhound.co.za,” it said.

It’s impossible to retain workers in loss making businesses : Unions can take a hike .
Why don’t the taxis take over the service as they operate tax free anyway :

Easy to blame the unions and corvid. This was a messed up business of Steinhof and KAP during their great acquisition spree and embellishing and falsifying their balance sheets to show that these business were doing great. They even tried to offload the Unitrans business as a BEE deal knowing fully well that it was messed up business. God saved the poor souls of the future BEE owners or else we would have read in this very site that here goes another failed BEE deal and that “these people” do not know how to run businesses but people do not see that these businesses were already a mess being offloaded.

Well I hope that the Unions and the CCMA hold KAP accountable for the loss of all these jobs.

And the taxi’s continued to operate and receive subsidies while the busses were punished!

Remember to always ask for a cash slip when you fill ip! If you don’t, the attendant sells it to the Taxi operator, who in turn claims it with his other slips every month!

Ever wondered why the Taxi Industry never strikes when fuel is hiked?

Do the unions own the company?

Maybe Irvin Jim and his NUMSA colleagues should first be having an urgent showdown with his alliance partners in government about redirecting some of that R500billin COVID relief package towards saving these jobs. But then I suppose Unitrans is not a SOE or BEE company therefore the company doesn’t qualify for relief and government deems these peoples jobs not worthy of being saved.

At what point will unions make the connection between draconian, restrictive labour laws and business prosperity.

Unfortunately unions operate like political elite. No interest in their members, simply the membership fees that keep the bosses awash with Johnny Blue.

Probably not relevant to this story but here goes :
In the late 70s my girlfriend (now wife ) were travelling the Usa with Greyhound with an unlimited ticket , after 1 or 2 weeks we realised we were travelling with trash and ended up in the worst part of town at the end of our trip so we threw the ticket away and started hitchhiking
WHAT A BLAST

The Union, with all those membership fees can use some of those, if they were not ‘invested’ (read wasted) in spanking brand new BMW X-7s; to invest for real in the business and carry those workers it does not want to retrench on their own dime. Let’s see how long that lasts. It is obvious, that with the prolonged closures and debilitation brought about by the lack of inter-provincial travel any company would be stretched. But the argument that the company must just keep paying people even though it has not active cashflows is stuff of whimsical magical thinking to the extreme. People get paid with money, not dreams and wishes, and companies make money when they have actual and paying customers to service. Without that, there is not the job for the business owner, let alone someone he or she can hire. Simple, but apparently too complicated for the Unions. They should be rather encouraging the government to hurry up and get control over the situation with vaccines and bringing about masking compliance.

Unitrans became a mess when Steinhof and KAP bundled it together when they went on their buying spree to conflate and embelish their balance sheets. KAP then tried to offload it as a BEE deal, and that did not go well. Thank God it did not go through or else they would have blamed the new BEE owners of mismanaging the business.

Why blame the Unions and Corvid, it was a mess created by KAP, and they need to deal with their mess. Hope the Unions get their day in Court.

Can union members come together in a class-action suit against unions whose actions have cost them their jobs? Promises to uproot corruption at its source ‘have not manifested in any real consequences for the perpetrators’ – Corruption Watch. 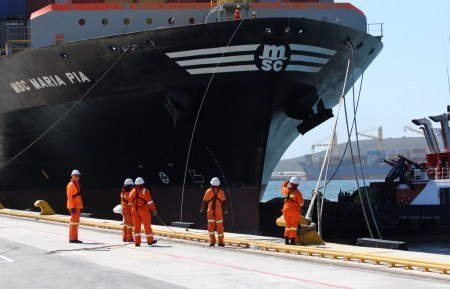