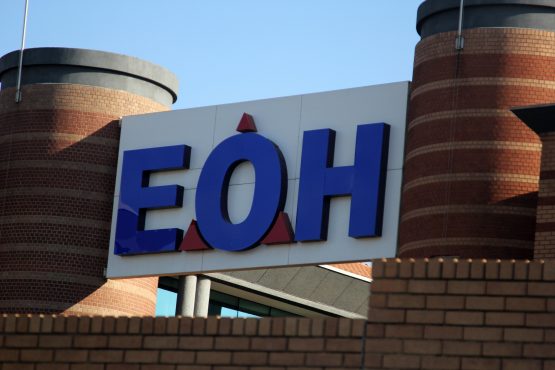 EOH has come under fire from an anonymous group of former employees. Image: Moneyweb

A group claiming to be former employees and shareholders going under the name Save EOH, all of whom have chosen to remain anonymous, has made a submission to the Zondo Commission of Inquiry into allegations of state capture claiming current EOH CEO Stephen van Coller gave false testimony to the commission. They claim he orchestrated a crisis that resulted in the group’s market value shrinking by more than half to R6.8 billion from R16.4 billion when he joined three years ago.

The group submitted the submission to the Zondo Commission on Wednesday last week (November 17).

On Monday (November 22) the Zondo Commission replied to Save EOH’s attorney Heinrich Valentine saying: “The Commission is not in the habit of receiving anonymous submissions.”

The commission advised Valentine that should his clients (Save EOH) “want the Commission to consider their submission but keep their identities secret” then “they should motivate [for such] an application to the Commission”.

Save EOH argues that the once ‘great powerhouse’ employed 11 500 people but has since whittled that down to 5 500. “[This has] affected the livelihood of thousands of people, destroyed careers, and caused immeasurable pain and suffering,” says a media release from Save EOH issued last week.

It calls for Van Coller to step down, claiming he perjured himself at the Zondo Commission, and due to his “poor performance” since becoming CEO.

In response, EOH hit back and said the “smear campaign” levels malicious and frivolous allegations against Van Coller. The company noted that earlier this year, it had filed civil claims against several former EOH executives to recover damages of more than R6.4 billion, and says this latest campaign by Save EOH is merely an attempt to retaliate against these civil actions.

When contacted by Moneyweb for more details regarding who exactly is part of Save EOH, a spokesperson who asked not to be named said none of the former employees affiliated to Save EOH are being pursued by the company for civil damages, so they are motivated neither by revenge nor financial benefit.

Asked why the members chose to remain anonymous and, in doing so, devalue their claims, the spokesperson says they will remain anonymous for now “due to the fear of targeted harassment and other security issues”.

Valentine, the group’s attorney, also provided no further insight into the identity of the members of the grouping. “All I can say is that I am representing the group,” he told Moneyweb.

In its media statement, Save EOH says some 60 businesses have been disposed of, including the so-called crown jewels of the company, for a fraction of their value – causing some of the R6 billion loss of market cap.

Included in this was Construction Computer Software (CCS), an SA-owned company that reportedly ranks among the top in the world in its field, with customers in 50 countries. It was sold to a German company for 25% of its market value, claims Save EOH, which points out that it has presented this evidence to the Zondo Commission.

The grouping bewails the continued slide in the share price of EOH from around R40 when Van Coller arrived, to around R7 today.

It also questions why EOH spent R245 million with legal firm ENSafrica, the result of which appears to have been aimed at “simply defaming EOH, purging management and board members, while boosting [Van Coller’s] image as a great leader, great CEO and a ‘corruption fighter’,” says Save EOH.

“Van Coller artificially created a major crisis in EOH when there was none and then promoted himself as the white knight who saves it,” declares the Save EOH statement.

Earlier this year, EOH brought civil claims against former CEO Asher Bohbot, former (and late) CFO John King and two other executives for a combined R6.4 billion for governance lapses when they led the company.

The charges against King and Bohbot include delinquency, breach of fiduciary duties and breach of contract.

As Moneyweb previously reported, other former directors also face charges following a 2019 ENSafrica investigation that uncovered evidence of widespread wrongdoing at EOH. This came after Microsoft terminated its relationship with the IT group over an apparent corrupt Department of Defence contract.

Evidence presented to the Zondo Commission, and outlined by ENSafrica’s forensics unit, paints a damning picture of a company involved in corrupt public sector tendering, with suspicious transactions worth about R1.2 billion being discovered in EOH’s public sector subsidiary, EOH Mthombo.

Van Coller was brought in to clean up EOH. The group’s latest results for the financial year to July 2021 show a swing from R1.3 billion operating loss to R147 million operating profit.

Read: A look at how EOH’s turnaround is going

In various presentations, Van Coller has spoken at length of the culture of corruption he discovered at the organisation, and of its various governance lapses.

Save EOH questioned the need to restate the previous four years’ financial statements, resulting in billions of rands of write-offs, and making it impossible to do a proper analysis of the company’s performance. Van Coller is also accused by the grouping of using unfair labour practices “to purge management, board members and any other individual” who stood up to him.

Asked to respond to the claims of the Save EOH group, EOH issued the following response to Moneyweb:

“In June 2021, EOH filed civil claims against a number of former EOH executives seeking total damages of circa R6.4 billion. The EOH board decided to do this after an extensive legal investigation. The charges filed include delinquency, breach of fiduciary duties and breach of contract. Further civil suits against other individuals may follow as the process unfolds.

“The EOH board believes that the recently launched anonymous ‘Save EOH’ smear campaign, which levels malicious and frivolous allegations against EOH CEO Stephen Van Coller, is an attempt to retaliate against these civil actions and Stephen van Coller and his team’s efforts to turnaround the organisation,” reads the statement.

“The EOH board led by its Chair Andrew Mthembu fully support the EOH executive team including CEO Stephen Van Coller and acknowledge their significant achievements over the past three years. The EOH board regards this personal attack as deplorable.”

EOH’s board said it “has no further comment on the matter”.

As far as I can tell, Van Coller was employed to stop the already damaged ship from sinking completely. And why would a man, risk his unsullied reputation by undermining his position and collapsing the very business he was employed to save? I can only think that those seeking to sully him want a slice of the “turnaround” action. To move a company from a R1-3b op loss to R143m op. profit during the last 3 years is cause to celebrate…hence the current share prices showing green! Well done Mr Van Coller and team!