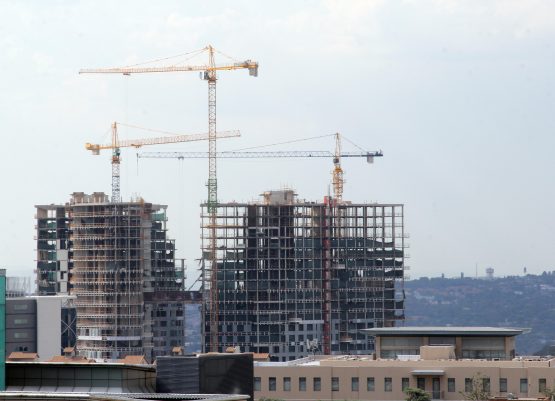 After 45 years of trading on Johannesburg’s stock exchange, Group Five’s stock was suspended Tuesday after the company filed for bankruptcy protection, making it the fifth local builder to enter business rescue in less than a year. From a peak market value of R8.2 billion in 2007, it was worth less than R100 million when the shares stopped trading.

While the construction industry is notoriously cyclical, the current mix of a depressed South African economy, high levels of national debt and low infrastructure spending is proving toxic as contracts dry up. At risk are thousands of jobs — including 8 000 at Group Five alone — in a country with an unemployment rate of above 27%.

“Those construction companies that are South Africa orientated have gone from bad to worse in the past 12 months,” Marc Ter Mors, the head of equity research at Johannesburg-based SBG Securities, said by phone. “In South Africa, volumes are low, pricing is under pressure and companies are taking on more risk to win contracts, so margins are thin and that hits cash flow. There are no real segments to hide in.”

Group Five’s history demonstrates the group’s resilience in “several extremely volatile markets,” the company still says on its website. Even so, it has “for some time been experiencing cash flow difficulties,” it said Tuesday.

Murray & Roberts saw the writing on the wall. Having built significant South African landmarks such as Johannesburg’s Carlton Centre, the continent’s tallest building, the company sold its building and infrastructure units in 2016 to focus on international businesses focused on projects such as underground mining and oil and gas.

While M&R’s market valuation is a fraction of what it once was, the stock has gained 44% in the past year amid takeover interest from 40% shareholder Aton GmbH.

Listen: M&R revenue down 17% on poor performance from oil & gas

The industry’s woes are a far cry from the build up to the FIFA Soccer World Cup in South Africa nine years ago, which required major national infrastructure spend, including on new stadiums. However, that boom was cast in a dark light even before the tournament took place, when the Competition Commission starting investigating collusion in the industry. The regulator settled with 15 firms in 2013, while Group Five was granted immunity for co-operation.

While South African President Cyril Ramaphosa last month said government’s infrastructure spending had slowed, he also said the state will contribute 100 billion rand into a fund over 10 years. The plan is to use this to get financing from both private and state-owned companies to reboot the industry.

In the meantime, the FTSE/JSE Africa Construction & Materials Index is down 27% in the past 12 months, compared to a 6% drop in the FTSE/JSE Africa All Shares Index. There is also risk that if South Africa’s local construction industry is wrecked, future building projects will become more expensive, Ter Mors said.

Aveng, which together with Murray & Roberts was among the top 40 largest companies by market value on Johannesburg’s stock exchange in 2010, has a market value of R582 million, from a peak of R28 billion in 2008.

“As South Africa depletes its capacity to build its own infrastructure, when the cycle turns again, it will be forced to rely on international companies and their pricing,” he said.

Never take on delivery risk in a nation like Ghana where you cannot guarantee logistics and importation.

It applies to all countries in Africa, including South Africa, especially where government is involved.

And it’s not only the construction-sector that’s in demise. They’re typically the forefront industry to suffer first, when citizens (and asset managers) divers investment capital offshore, to the detriment of local economy. Or as result of local corporates make acquisitions abroad. Call it an “investment strike” or whatever. No further investment into SA = no growth = no additional construction projects.

The SA banking system seems to be amazingly resilient. Or are they? Let me remind readers that our local commercial banks credit rating is capped to that of the country-rating, being Baa3…one notch above non-investment grade (Moody’s only).

With economic sectors in SA slowly facing demise one after the other, plus the fact that the local bank’s credit rating is the same as the (shaky) sovereign credit-rating of the country as a whole….it makes one a bit uneasy when one considers the principle that your capital is “guaranteed” in Money Market, Fixed Deposit, Call Deposit and similar cash accounts….
Such guarantee must be seen in perspective to the bank’s near-junk country rating.

How safe is our bank cash-investments?

This is a sober reminder of how Africa governments destroy economies.

Guaranteed? Are you sure the SA banking system operates a depositor insurance system?