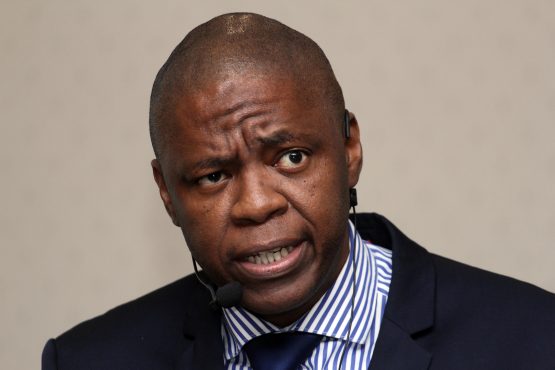 The share price of Group Five strengthened on Thursday after an announcement of drastic restructuring that will see it severely cutting construction activity and eventually selling the majority stake in the construction business.

This comes on the back of an increased core operating loss of R727.3 million for the six months ended December 31 2017, compared to R333.6 million in the corresponding period a year before.

Group Five announced its interim results on Thursday, after the initial announcement scheduled for February 22 was postponed as it realised the losses in its Kpone project in Ghana exceeded expectations.

This was one of the big factors that impacted on the group’s liquidity and forced it to seek bridging finance.

Group Five CEO Themba Mosai eventually announced on Thursday that the losses from Kpone amounted to R649 million in the reporting period. The group hopes to complete the project in June.

He further announced that Group Five secured R650 million in bridging finance from a consortium of funders.

Mosai however said the group does not consider it prudent to rely only on debt and will approach shareholders to discuss recapitalisation of the group. It is not yet clear whether this would entail a rights issue or a loan.

Group Five’s share price increased from the opening price of R4.06 to R5.00 late on Thursday morning, but was back down to R4.14 shortly before the market closed for the day.

Mosai explained drastic interventions the group has taken in the reporting period, including the retrenchment of 313 staff members, mostly in the construction business. This cost the group R63 million. A further 107 are expected to be retrenched in the second half of the year.

Mosai said Investment and Concessions as well as Manufacturing continued to generate free cash, but this was gobbled up by the struggling Construction division, which was one of the main sources of the liquidity pressure.

Management decided to drastically reduce overheads in the Construction and EPC divisions and cut headcount. It is exiting certain markets and will remain in only buildings, housing and civils in South Africa. Civils is however reduced by 75%.

In the rest of Africa the company will operate in the structural, mechanical, electrical, instrumentation and piping (SMEIP) market as well as oil and gas.

The remaining Construction and EPC business will focus on quality work with strong margins for mainly private sector clients, Mosai said. It is expected to break even in the 2019 financial year, excluding the effect of any remaining work on the Kpone project.

In future Group Five will consist of four divisions, Mosai said. These are Development and Investments, Turnkey Project Solutions (TPS), Operations & Maintenance and the restructured Construction.

Developments and Investments will form the core of Group Five’s business and will operate at a target margin of 18%. It will focus on transport, water, power and real estate and will provide a route to market for infrastructure funders. Currently the return on its European investments averages at 26%.

TPS will focus on small- to medium-size infrastructure projects, also in the fields of transport, water, power and real estate. It will operate on the African continent. TPS is a strategic business to access Development and Investment and Operations and Maintenance opportunities. Its target operating margin is 7-10%.

The Operations and Maintenance business will build an annuity income and leverage off current well-performing transport contracts in Europe and South Africa. It hopes to expand from transport and power to water. Its average target margin of 15% seems within reach in the light of the fact that it has maintained an average project operating margin of more than 20% over the last three years.

In the Construction division Group Five plans to comply with its Voluntary Rebuild Programme (VRP) obligations in terms of the construction industry’s agreement with government by selling a majority stake of the South African business to an empowerment partner.

The group expects this to happen in the 2019 financial year, after it has first stabilised the division and returned it to profitability.

In the rest of Africa it will focus on SMEIP niche markets where it has a good track record and targets an operating margin of 4% to 6%.

The group currently has a secured Operations and Maintenance order book of R5.6 billion of which R3 billion is expected to materialise in the next three years. The 1-year contracting order book stands at R1 billion of which 84% is in South Africa and 54% is public sector work.

Listen to Themba Mosai discuss the results on the Moneyweb at Midday show here.

Companies that invest in countries with no Institutions are taking a higher than average risk of failure in my opinion.

Any economy has a lag-time. I’m pretty certain the lull in the whole SA construction sector, is due to the massive “hangover” from the Zuma era (which led to economic uncertainty the past decade & along with it a protracted ‘investment strike’)

Will take a long lead time for economy to turn around…so long the ship is heading in the right direction at least with CR as captain (…having said that, Ship-SA is still floating within a mine field, while running on half the number of cylinders)

And assuming no mutiny among the ANC crew…

It will be a nation of bake builders soon – I imagine Aveng is soon to follow with disposal of Grinaker-Lta.

Can you still be a construction company if you are ‘retreating’ from Construction?

> losses from Kpone amounted to R649 million in the reporting period. The group hopes to complete the project in June.

>He further announced that Group Five secured R650 million in bridging finance from a consortium of funders.

>The group currently has a secured Operations and Maintenance order book of R5.6 billion of which R3 billion is expected to materialise in the next three years. The 1-year contracting order book stands at R1 billion of which 84% is in South Africa and 54% is public sector work.

Ladies and Gentlemen, we are being taken for a ride here.

Group Five ruined the lives of my 63 employees and myself. Working with their incompetent team brought us to financial ruin.

The chickens are coming home to roost.