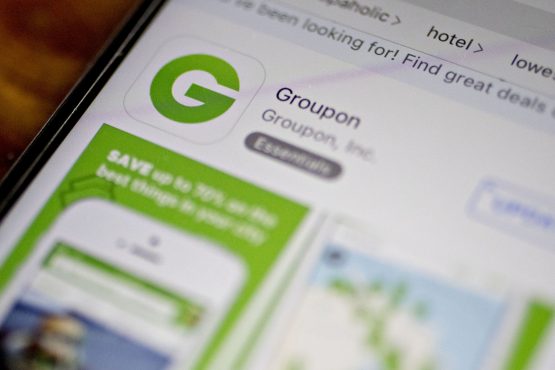 The Groupon Inc. application is seen in the App Store on Apple. Image: Andrew Harrer, Bloomberg

Groupon plummeted as much as 30% in premarket trading after delivering worse-than-expected results and announcing plans to stop selling goods — a retreat for a company that once aspired to be a major shopping service.

The stock tumbled as low as $2.12 in premarket trading Wednesday. The shares had been up 28% this year through Tuesday’s close, with investors betting that Groupon could mount a comeback. 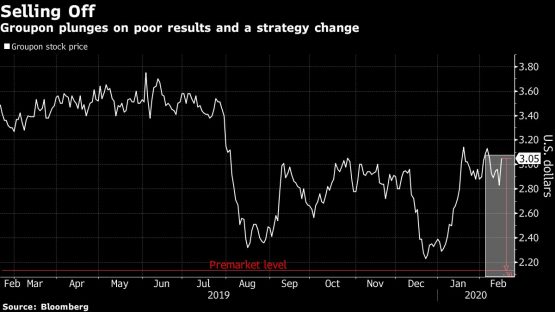 Groupon Goods, an e-commerce site for products like phone charges and coats, was an attempt to attract new customers and decrease the company’s reliance on its core business — selling daily deals and other discounts. But the business’s contribution to profit has been declining for four quarters, and consumers have lost interest, Groupon said. That’s why it plans to phase out the program this year.

“Goods has outlived its role as a business driver and has become a significant drag on our business,” Chief Executive Officer Rich Williams said in a letter to shareholders.

Groupon’s turnaround plan now hinges on relaunching the brand and kicking off a new marketing strategy, Williams said. The hope is to shift away from offering deals and be known as a marketplace where consumers can find local experiences.

The goal is “being top of mind when our customers are looking for the best things to do around them, when they need something to do with their kids on the weekend or for when they’re planning date night,” he said.

And the board is proposing a reverse stock split at a ratio of between 1-for-10 and 1-for-12.

….does this outfit still exist in South Africa?

Last I heard ….no one realised the promises Groupon served up