UEC's 20 000 shares traded on Oakbay's debut set the share price at R10.08 and gave the firm a market value of more than R8 billion. Picture: Moneyweb

The Gupta family inflated the share price of a company it controlled on its Johannesburg Stock Exchange debut by lending money to a Singapore firm to be used to trade the equities. That came ahead of plans to raise funds for a uranium mine.

The Guptas, who are embroiled in a corruption scandal linked to South African President Jacob Zuma, agreed to loan $1 million from bank accounts in Dubai to Unlimited Electronics & Computers in Singapore in November 2014. That same month, UEC transferred $928 146 to the Guptas’ Oakbay Resources and Energy and the two companies had a contract entitling UEC to 18.5 million Oakbay shares at R10 a share, according to a November 20 communication that was one of a trove of emails seen by Bloomberg.

The 20 000 shares that traded on the Oakbay debut set the share price at R10.08, giving the company a market value of more than R8 billion. That was more than 48 times its full-year revenue. Most Johannesburg-based mining companies have revenue that exceeds their market value.

The volume of shares that traded on Oakbay’s listing day was the highest ever recorded for the stock. It set an indicative price for future fund raising and determined how much equity would be needed to pay off a loan from South African state-development institution, the Industrial Development Corporation.

“Trade is supposed to be an honest deal, setting an honest price,” Clinton van Loggerenberg, a director at law firm ENSafrica said by phone. “In principal it does sound like something that should be investigated further.”

The communication between Ragavan and UEC and subsequent stock trading is another example of how the Gupta family has become involved in allegations of corruption that have become the biggest post-apartheid scandal in South Africa. The president, his son, state firms and international companies including McKinsey & Co, KPMG and SAP have been implicated in dealings with the Guptas or companies linked to them. The Guptas have been accused of interfering with Cabinet appointments and using political connections to win favourable contracts from state companies.

Zuma, his son Duduzane and the Guptas have denied wrongdoing. KPMG said some of its senior staff in South Africa including the local head have quit after an internal probe and it said it will give the money it made from dealing with the family to charity. SAP has reported the conduct of some its employees to US regulators and McKinsey is reviewing its practices and will suspend work with state-owned companies in the country.

In its pre-listing statement published on November 21 2014, Oakbay said that in the 12 months following the listing it would need to raise at least R800 million from investors to start production at its uranium mine in South Africa and the Guptas’ closely held investment company was willing to reduce its shareholding in the publicly traded company.

Having loaned Oakbay R250 million in 2010 to help it develop its business the Industrial Development Corporation agreed to have its investment converted to shares at a 10% discount when Oakbay began trading. The IDC said UEC’s investment helped reassure it about the value of the company.

“The IDC asked for and was given an assurance that UEC was not a related party to any of the shareholders of Oakbay at the time,” it said in a statement to Bloomberg.

Oakbay Resources delisted this year after directors resigned and its sponsor and transfer secretaries quit amid press reports about the relationship between the Guptas and Zuma. The Guptas and the president have denied wrongdoing.

Gani, who was visited by Bloomberg at his 5th floor offices in an industrial part of Singapore on October 19, where he sat beneath a framed dollar bill and the words “Think Big,” said he didn’t have time to respond to questions and might comment at a later date. Gary Naidoo, a spokesman for the Gupta family, didn’t respond to emails or messages left on his mobile phone. Ragavan referred questions to Naidoo.

Oakbay’s audits from KPMG in South Africa helped convince Sasfin Holdings to manage its listing as its sponsor, a stock exchange requirement, a person familiar with the situation said. The emails show Oakbay used its bank account with Barclays Africa Group’s Absa unit to receive the money from UEC.

KPMG and Sasfin said they found nothing concerning when they assessed Oakbay. Absa, which later closed Oakbay’s accounts, didn’t comment on the UEC transfers when sent queries by Bloomberg, citing client confidentiality. The IDC said it’s now considering its legal options because it thought UEC was a public investor in Oakbay and not linked to the Guptas.

This year “the JSE market regulation division decided to provide details of the trading just after the listing to the Directorate of Market Abuse for further investigation,” said  Nicky Newton-King, chief executive officer of the JSE. She was referring to a unit of the Financial Services Board, which regulates part of the financial services industry.

“A preliminary investigation was registered and is currently in progress,” the FSB said.

If you do this in the USA you will be arrested on the same day ad sentenced within a month.

In South Africa they will first have a committee to look at the credibility of members who should vote at a conference that chooses a leader that will appoint a board of inquiry to make recommendations over the legal powers of the JSE Compliance Department.

Then, after a year has passed they will find that the JSE does not comply with BEE codes and therefore has no jurisdiction over the Guptas.

What does the last paragraph mean? Will the FSB wait till the ANC Elective Conference in December before deciding what to do? No wonder a Tax Revolt is debated now?

Shock, horror! What’s going to happen to them.. same as always – nothing.

It never ends. I wonder when the NPA will do ANYTHING???

Africa Pragmatist 1 hour ago
QUESTION: “It never ends. I wonder when the NPA will do ANYTHING???”

ANSWER: When you try that stuff.

Why should anyone do anything. The Gupters run the country. they are the true government. They have even brough in gangster friends of Zuma. We might as well elect the Gupters to run the country. The ANC is just a puppet. You have to ask the Guptas to prosecute the Guptas

You can’t expect the DONOTHING Hawks and the DONOTHING NPA to do anything about these scams. They (the scams)have been authorised by the Guptas …. say no more!!!

unfortunately this scale of corruption is an African phenomenon, always has been an always will be. Even after the ANC, it will not change, we may have a couple of “new broom” years, but unfortunately will just fall back to the same old, so far no proof otherwise, maybe only for Botswana…(where the “rule of law” mostly apply)

We are currently just another chapter in the “Never Ending Story” of the African continent.

You are right, but I would like to know why.

Type “iq by country” into google. A map will appear. Enjoy.

MoneyChief you made my day!!!

Just checked the map…depressing and I guess it explains a lot as to why all African countries fail 🙁 Guess there is no way we can ever become a 1st world country.

Love the story of the ex-Allan Grey asset manager who bought and sold Oakbay shares just before they were de-listed so that the graph of the share price was the shape of a middle finger.. Give that man a Bells! The JSE fined him R100k for “share manipulation” – no justice! How about fining UEC! https://www.dailymaverick.co.za/article/2017-11-03-finding-art-james-gubbs-stock-price-protest-poetry-breaks-artistic-boundaries.-jse-disagrees/ 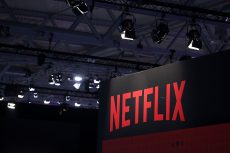