Hammered London-based shopping centre group Hammerson on Thursday announced a £825 million (R18.9 billion) recapitalisation plan that it hopes will finally put the company back on track to ride out the economic headwinds.

The plan includes a proposed rights issue to raise £551.7 million and a deal to dispose of its 50% stake in Via Outlets, which operates outlet malls in Europe, to joint venture partner APG (a Dutch pensions manager) for around £274 million. APG, which is also Hammerson’s biggest shareholder (with a circa 20% stake), is backing the capital raise.

Mauritius-based Lighthouse Capital, which is Hammerson’s second largest shareholder (circa 15% stake) and has strong South African links such as Resilient boss Des De Beer, is also supporting the emergency capital raise. De Beer is on Lighthouse Capital’s board and was recently appointed to the Hammerson board.

Read: The funds most exposed to UK property stocks

Hammerson noted in its interim results media statement on Wednesday that its “two largest shareholders” have committed “to vote in favour of the rights issue” and plan to take up their rights. However, both transactions are subject to majority shareholder approval.

Following the impact of Brexit on its economy and property market, the global Covid-19 pandemic has delivered a double-whammy blow to the UK.

Shopping centre landlords have been particularly hard-hit, with older retail chains having to reduce space due to lower consumer confidence and the significant growth in online shopping, even before the pandemic.

Intu, which went into administration earlier this year, officially delisted from the JSE on Tuesday.

Founded by South African financial doyen the late Sir Donald Gordon, Intu has had a secondary listing on the JSE for a decade (its primary listing is in London).

The group has had a turbulent few years, with its share price plummeting more than 99% since 2017. Covid-19 has brought Intu to its knees, with the stock plunging 95% this year alone.

While Hammerson is in a comparatively better position to Intu, its share price has taken a more than 77% knock since the beginning of the year.

The group said on Thursday that its Via Outlets disposal to APG is on condition that the proposed rights issue proceeds. Hammerson is optimistic that the deal will be completed before the end of this year.

“Prior to Covid-19, Hammerson was delivering against its strategy of reducing debt, progressing disposals, and making significant steps to shift the brand mix to better reflect customer demand. Covid-19 has had an adverse impact on the group’s operational and financial performance,” the group noted in its statement.

“The board has taken the decision to undertake these significant transactions, enhancing Hammerson’s strategic and financial flexibility, supporting the delivery of a more focused portfolio,” it added.

“We have announced a series of transactions to recapitalise the business and reduce leverage by a quarter. This will help us to deal with these unprecedented conditions while enabling us to reposition Hammerson further,” David Atkins, the group’s CEO, said in the statement. 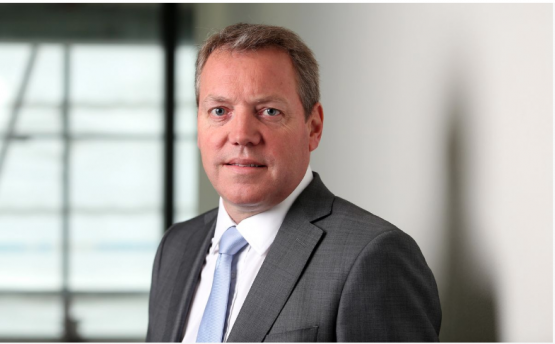 “Looking forward, we will continue to dispose of assets and recycle capital from across the portfolio as we create a business focused on flagship destinations and mixed-use city quarters over the medium term,” he said.

Commenting on the recapitalisation plan, Garreth Elston, chief investment officer at Reitway Global, said Hammerson’s “deep concern on potential worst-case scenarios” related to the Covid-19 fallout had led to the anticipated rights issue and sale of its interest in Via Outlets.

“The debt reduction as a result of this rights issue and sale will, however, still see Hammerson’s loan-to-value ratio being above 40%. This is not a level we are comfortable with. We remain very concerned about UK malls as the Covid-19 scenario continues to unfold, and as the country bungles its way through the Brexit transition period.”

Hammerson’s share price was down more than 16% at the JSE’s close on Thursday.

The South Africans have to bail the British out. Go figure.

SA Investors bailing out the UK