The 111-year-old Edward Hotel on Durban's beachfront, one of the properties that Marriott International has opted out of managing due to the impact of Covid-19 on its business. Image: Supplied

JSE-listed hospitality giant Tsogo Sun Hotels has stepped in to prevent the permanent closure of the historic Edward Hotel on Durban’s beachfront and Mount Grace Country House & Spa in Magaliesburg, as well as the Protea Hotel by Marriott Hazyview in Mpumalanga.

This comes after global hotel management group Marriott International announced on Friday that it would “cease operating” the properties, due to the “unprecedented” impact of “Covid-19 on the hospitality industry”.

The hotels are owned by JSE-listed Hospitality Property Fund (HPF), which in turn is majority owned by Tsogo Sun Hotels. However, the announcement by Marriott saw a flurry of comments on social media over the weekend, with many alarmed that the three hotels would close permanently.

The Edward Hotel has a 111-year history and hosted royalty and presidents in its heyday as a five-star hotel, but since the late 1990s it has operated as a four-star establishment. The Mount Grace – still a five-star boutique hotel – has historical links to the Brand family which established the Cape Grace Hotel at the V&A Waterfront and the old Grace Hotel in Rosebank (now known as 54 on Bath). 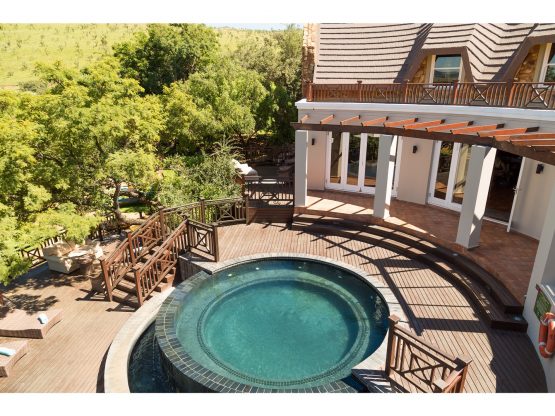 Tsogo Sun Hotels, which was unbundled from Tsogo Sun Holdings last year to create separate hotel and gaming groups, put out a statement on Saturday clarifying that as the majority owner of the properties it has no plans to close down the hotels permanently.

The group said that it is “committed” to the “long-term sustainability” of The Edward, Mount Grace and Hazyview hotels. It plans to take over management of the hotels; however, the reopening of the properties will take place as part of a “phased reactivation” of its full portfolio over the next “twelve to eighteen months”.

“Tsogo Sun Hotels via its subsidiary HPF owns a controlling stake in the three hotels, which Marriott is terminating its relationship with. We remain committed to these properties and have full faith in their viability post the Covid-19 pandemic and are delighted that we will be able to bring them under the Tsogo management portfolio and fully integrate them into our distribution and management network once the conditions for their re-activation are achieved,” it noted.

The group has previously told Moneyweb that due to the impact of Covid-19 and anticipated lower demand, some of its hotels will likely only reopen in a year’s time. Despite limited domestic business travel now allowed under eased Covid-19 travel restrictions, hotel and leisure groups such as Tsogo Sun Hotels, Sun International and City Lodge Hotel Group have opted to keep many properties closed.

Not much of a gamble for high-stakes players

Casino industry hopes to reopen within the next month

Tsogo Sun Hotels said in its statement that it “noted the announcement by Marriott that they have closed three hotels and are removing them from the Marriott system” due to the impact of Covid-19.

“We have also noted the distress this has caused within the travel and tourism industry and the communities where these hotels are situated… The hotel industry globally and in South Africa is undoubtedly experiencing one of the most disruptive and difficult periods in its history and it will take some time to recover to its previous activity levels,” it added.

“With the recent announcement by President Ramaphosa of a relaxation of lockdown regulations several of our hotels have opened but are operating on limited capacity and will remain so until demand patterns and flight activities in both the domestic and ultimately the international markets begin to normalise,” the group noted.

The bosses at Tsogo Sun Hotels believe that the properties affected by the Marriott move, have potential and will fit in well within the group’s hotel management side.

Group CEO, Marcel von Aulock, said: “These are three great hotels… The Mount Grace in Magaliesburg was developed by the Brand family and was the sister hotel to The Grace in Rosebank, which we acquired and restored in 2015 and now operate as 54 on Bath. Magaliesburg is a beautiful area and has great domestic and international tourism potential, as well as strong demand for conferencing, weddings and shorter family getaways with its close proximity to Johannesburg.”

He added: “The Edward is a landmark on the Durban beachfront where we already have a strong presence. The hotel has a 111-year history, beautiful facilities and will add something different to our portfolio in that node. Lastly Hazyview is on the key tourist route through Mpumalanga on the doorstep of the Kruger National Park.”

Tsogo Sun Hotels’s COO, Ravi Nadasen, told Moneyweb that considering the history and legacy of The Edward and Mount Grace, both hotels will likely fit into the group’s luxury independent hotels segment.

“The Edward will operate like 54 on Bath … In fact, the management agreement with Marriott was coming to an end at the end of June, and we were looking to bring The Edward into our own management portfolio,” he said.

Asked how many staff members would be affected by the temporary closure of the properties, Nadasen said he was unsure as Marriott managed the properties. He said more clarity was expected after the handover of the hotels.

Marriott did not comment on potential job losses related to its exit from managing the properties.

“These are indeed challenging times and our thoughts are with the associates impacted by this decision across the three properties. We value their hard work and dedication over the years and thank them for their service,” it said in a statement emailed to Moneyweb on Sunday.