Listed companies and franchises benefit from stay-at-home trend, even as pandemic restrictions ease.
By Adriaan Kruger 11 May 2021  00:01 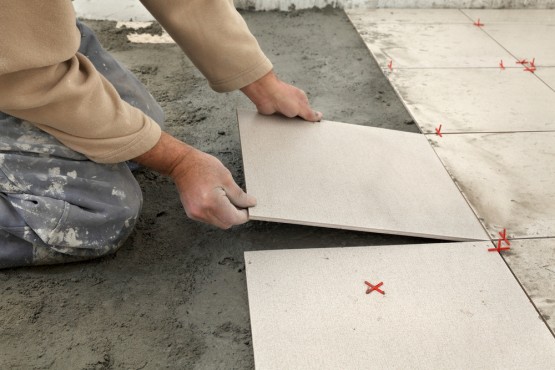 Home is where the action is in the era of Covid. Image: Shutterstock

It looks like people eventually had time to tackle their things-to-do-around-the-house lists when Covid-19 forced the whole of South Africa to stay at home for a few months. Or they noticed that the house is starting to look a bit shabby in places.

This seems like a reasonable conclusion when looking at the figures of listed groups selling DIY products and the sentiments expressed by owners of franchises selling home improvement products.

Italtile recently reported in a trading update that there is a “reasonable degree of certainty” that its earnings per share will increase by at least 70% in the year to end-June.

This followed exceptionally strong sales during the half year to December 2020 after lockdown restrictions were lifted.

Management noted in the results for the six months to December 2020 that demand for home improvement products was much higher than expected due to the enforced stay-at-home regulations.

“Trends over the past year since the pandemic took hold reveal that prolonged periods in the home afforded home owners the opportunity to identify much needed and overdue DIY projects, and provided the time to accomplish them,” it said.

“In addition, constraints on discretionary spend were partially eased by lower interest rates, payment holidays and availability of funds previously allocated to transport costs, travel and other recreational pastimes,” it said.

“In general, the new build and commercial market segments were extremely subdued over the reporting period, with residential renovations and home improvement projects dominating market activity.

“Notably, the low interest rates and decline in property prices encouraged new first-home buyers, with a strong demand from young, female investors in the property market, a trend which was evidenced by the customers in our stores,” management reported at the time.

Growth across the board

Italtile reported that strong growth was achieved in-store across its major brands (CTM, Italtile Retail and TopT), across all merchandise categories, across all regions and across key metrics including sales, profits, average basket value, stock turn and sales per person.

The recent trading update stated that the strong performance recorded in the first half of the financial year continued into the third quarter to end-March 2021 with management saying that the work- and school-from-home trend continued to boost demand for home improvement products.

Management also reported that Italtile benefitted from a sudden demand from its retail outlets, mostly its franchises such as CTM and Italtile, to build up inventory depleted due to the unexpectedly high demand driven by the home improvement surge.

It also mentioned that lower interest rates, which supported home owners’ spend and the reallocation to home improvements of funds, remained a key driver.

Pertunia Sibanyoni, chair of the Franchise Association of SA (Fasa), says specialist retailers in sectors like DIY and home services have thrived as people look at improving and maintaining their homes, or preparing for longer term schooling and working from home.

“This bodes well for a franchise revival as the economy starts to recover, led by the resilience of businesses in the building, office and home services sectors,” she says.

A Fasa survey among some of its members found that franchise holders in this segment reported increased business and noted that franchisees believe that prospects have improved overall. Sibanyoni mentions a few examples, such as Coastal Hire reporting that business is almost back to pre-Covid-19 levels.

Coastal Hire, a franchise renting tools and equipment to the construction industry, smaller builders and handymen, reported that activity levels have improved.

John Harcourt-Cooke, director at Coastal Hire, says DIY and smaller builder customer numbers have increased significantly as people do more improvements and repairs at home, and do it themselves.

Even in depressed areas like the Eastern Cape, franchises in this sector are reporting an uptake in business, says Sibanyoni.

She quotes the owner of a Talisman Hire franchise in East London reporting that “with so many people working from home, renovations have taken off and plant hire has followed”.

Retail group Spar said in a recent trading update that its building supplies franchise division, Build it, experienced sales growth of nearly 27% during the 18 weeks to end January 2021. It attributes this to the high demand for building materials, driven by investment in home improvements as consumers spend more time at home due to the pandemic.

It noted the same trend when it reported its results for the year to September, after initial hardship during lockdown.

Read: Spar’s Tops and Build IT buckle under pandemic pressure

“Given that it is not an essential service, our Build it business was severely impacted during the initial lockdown phase and was restricted from trading for five weeks.

“Surprisingly, growth has been much stronger than expected post the lockdown, with this business experiencing a growing trend in home improvement and décor sales,” management reported in the annual report.

CEO Graham O’Connor pointed to a resurgence in home improvement activity, because “consumers were being forced to stay at home”.

“Prior to the impact of the pandemic, the building sector in general had seen a declining market for the [previous] 24 months, largely driven by the state of SA’s economy and the continued oversupply of cement in the market, resulting in low category inflation,” said O’Connor.

Spar does not disclose earnings or profit growth per division, but the growth in the number of Build it stores to more than 390 during the last year, as difficult as the year was, is an indication of the trend.

The same trend was noticeable in Cashbuild’s results for the six months to December 2020. Earnings more than doubled compared to the half year ending December 2019, before Covid-19 hit. Earnings increased from R173 million to R350 million, driven by a 21% increase in sales.

In addition, Cashbuild is currently finalising the acquisition of Buco from Pepkor. Previously known as Steinbuild and then The Building Company, Cashbuild is buying Buco for R1.075 billion to add to its operations.

The share prices of both Italtile and Cashbuild reflect this sudden change in fortunes for the sector and people’s new-found passion for DIY.