How not to run an airline (Comair edition) 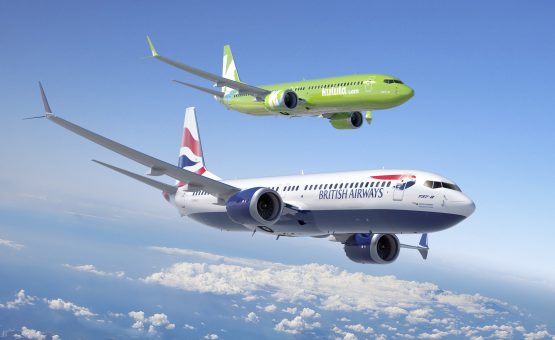 The headlines must be unsettling for British Airways, and Comair’s entire business rescue plan is based on the lucrative licence under which it operates BA flights. Image: Supplied

Just 24 hours before announcing its decision – on Tuesday night – to “voluntarily suspend” all Kulula and British Airways regional flights from Wednesday (June 1), Comair ran a sale across its own distribution channels which promised up to 30% off flights (it ran a sale via certain travel agents on May 25).

At this point, surely the directors of the group knew that in the absence of funding the airline was about to hit the wall?

Is this not completely unconscionable?

Notice a pattern at month-end?

One might question whether the directors ought to be charged with reckless trading – this is not far off the shenanigans Mango pulled during its death throes (in the absence of a bottomless pit of state funding). At least Comair didn’t ground its flights on the morning because it owed ATNS/Acsa money, as Mango was forced to do.

It remains unclear who Comair’s current creditors are.

Comair has run out of money. But this is not new news.

As far back as January 31, the business rescue practitioners warned in their monthly report that the group required “further funding”. They noted that it had lost approximately R100 million in previously-booked but ‘unflown’ revenue, primarily due to the UK travel ban in December as a result of the Omicron variant of Covid-19. The majority of this is inbound British Airways revenue.

Yet, the directors would’ve known this six months ago – in December – already. The need for funding has been mentioned in every monthly report from the business rescue practitioners since that date.

In March, it confirmed in detail to Moneyweb that it “has been in an ongoing process of restructuring its balance sheet from both a debt and equity perspective since the beginning of the year, which has involved ongoing engagement with Comair’s investors and lenders to ensure that the appropriate type and quantum of funding is raised”.

Admittedly, this was before the forced grounding of the Comair fleet, which flies roughly 40% of the market, by the Civil Aviation Authority (CAA) for four days in March because of safety concerns.

The business rescue practitioners said at the end of March that: “Although the financial impact of this suspension was severe, it has not resulted in a change to the company’s present funding requirements.” So while the airline was forcibly grounded, it didn’t make things better or worse.

The inexplicable pity party mea culpa in last week’s Financial Mail, no doubt penned by Comair’s PR handlers, could not have been worse-timed. In the ‘opinion’ piece, CEO Glenn Orsmond said, regarding its failures during the grounding, that: “We should have communicated more clearly and engaged directly with the media. We dropped the ball, and we will not repeat the mistake.”

This was a full-page apology … strange timing for an airline potentially about to hit the wall.

In the piece, Orsmond wrote: “The FM penned a scathing critique of Comair in March … after our flights were temporarily suspended by the SA Civil Aviation Authority [CAA]. It made for painful reading, but the magazine was right: airlines depend on the trust of their passengers, and this is as much about open and clear communications as it is about maintaining a spotless safety record.”

‘Orsmond’ noted it was “gratifying to note that daily sales immediately reverted to the normal pre-suspension levels once the CAA gave us the all-clear”.

“This is an indicator of the strength of our two airline brands, and our loyal customer base.”

A cynic may argue that this was simply as a result of supply being lower than pre-Covid with a market demanding a lot of seats, especially after Mango’s failure.

The word ‘trust’ is doing a lot of work in Orsmond’s letter. Airlines depend entirely on trust. Yet, somehow Comair penned this tone-deaf “opinion” a week before it “voluntarily” grounded its fleet.

We don’t know the exact circumstances of the negotiations between Comair (its very mysterious ‘rescue consortium’) and its lenders and funders. Evidently these talks have not yielded results.

And it is not clear why funders and lenders will suddenly, in the next few days, provide funding for the ailing airline (which, remember, has publicly required funding since January). Lenders and funders will have known of these requirements from December already.

Discovery Vitality CEO Dinesh Govender said in a letter to customers on Wednesday that for flights booked between June 1 and June 7, “Discovery Bank will automatically refund the amount [customers] spent on that flight into their Discovery Bank account by the end of business today”.

He highlighted that it doesn’t “have more information at this stage regarding the resumption of [Comair’s] flights”.

Perhaps more ominously, the letter says that: “While Comair’s own internal refund and credit processes still apply for all other affected members, we are working on alternative booking and refund solutions for all Vitality members to be announced before the end of June.” [emphasis Moneyweb’s]

Discovery Vitality provided R100 million in funding to Comair in pre-payment for tickets booked as part of the rescue process.

FNB’s eBucks, historically tied to Comair, hedged its bets a number of years ago by offering discounts to rewards customers across a number of airlines beyond Kulula and British Airways.

Read:
How not to run an airline …
All the FNB pricing, eBucks changes from July

Discovery launched its Vitality Travel platform for Discovery Bank customers earlier this year to provide customers with discounts across a number of airlines.

This perceived loss of confidence from its single biggest partner, Vitality, cannot be positive.

Right now, while the number of inbound travellers via British Airways will be limited because of the season, executives at the UK airline will surely be wondering whether or not they can trust Comair to continue to fly inbound passengers (from BA) under licence.

A story for another day.

The reputational risk is that of British Airways, not Comair.

While Comair provided a cost-effective service to clients for many years, they also paid taxes that were used to subsidize their direct competition. The ANC government ran SAA into the ground and then, through taxation, it used SAA to also run Comair into the ground.

What would the cash flow situation at Comair be today, if they were not forced to subsidize their competition through taxes?

Point number 2. Government intervention in the operation of the free market sank many businesses, not only Comair. Lockdowns did not only cause the bankruptcy of thousands of businesses, but it also causes cashflow constraints for all citizens. The rising cost of food and fuel is directly linked to lockdown measures.

Inflation is the price everybody pays today for government intervention in free trade. We should ask whether we can afford lockdowns, considering the jump in living costs. Citizens pay for the errors of government. Lockdowns merely transferred queues at hospitals to queues at soup kitchens. The cost, measured in terms of malnutrition of children, will be much higher. Many children will die because the government used lockdowns in a futile attemot to save some of the elderly.

Comair is simply a poster child for most businesses and citizens who are struggling under an oppressive and exploitative government today. Comair is not alone.

Regarding the second point…
Three of the four large privately-owned airlines are thriving.
FlySafair cannot add capacity fast enough. Airlink has basically filled all of the gaps left by SA Express (as well as some of SAA’s routes).
I would argue that many (most?) of Comair’s current issues are as a result of poor management.

Thank you. I appreciate your opinion.

My last flight with BA was the worst experience I’ve ever had with an airline. Totally disorganized company now. Maybe better to just ground the planes.