How the JSE has changed over the past decade 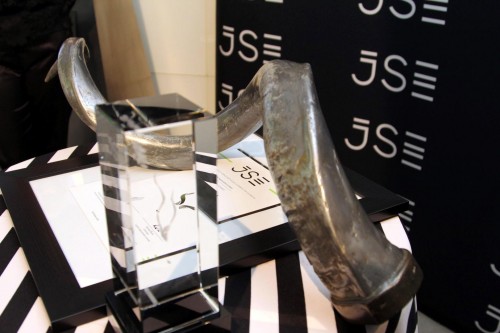 An analysis by Moneyweb of issuer regulation statistics published by the JSE has revealed that, over the past decade, the number of:

On a pure numerical basis (not value), the composition of the JSE has changed from 91% domestic companies with 9% foreign in 2007, to 80% domestic and 20% foreign as at the end of 2016. On a value basis, the shift is arguably far more pronounced.

Of course, we’ve seen a boom in property listings over this time period and many of these have been secondary listings on the South African bourse (helping drive the number of foreign companies higher). Local investors’ fascination with (particularly Eastern) European property funds has meant no shortage of demand.

Well-known counters such as New Europe Property Investments (NEPI) and Rockcastle, have been joined by Globe Trade Centre, MAS Real Estate, Echo Polska Properties, Sirius Real Estate, Atlantic Leaf Properties, Schroder European Reit, and Hammerson International, among others, offering exposure to anything from German business parks to Polish retail to UK industrial assets. In some respects, the junior miner boom in the early 2000s has been replaced by a (“junior”) European property fund boom.

Aside from property, there are four mega foreign companies that have listed on the JSE in recent years: Glencore (‘Glencore Xstrata’, in 2013), Steinhoff International’s delisting and subsequent secondary listing (2015), Anheuser-Busch (AB) InBev (2016) and Medi-Clinic’s delisting and subsequent secondary listing (following the reverse takeover of Al Noor in 2016). Combined, these four companies have a market capitalisation of more than R3.5 trillion.

Although the net result is zero in the case of Steinhoff and Medi-Clinic, these technically both count as delistings and listings.

2014 saw the highest number of listings (24) since 2008 (23, a number which was equaled in 2015). The boom in 2007, with 62 listings, remains an almost outlandish number. Last year, the number of listings dropped to below 20. The trend in the delistings column below makes for interesting reading. The JSE effectively needs to attract around 20 new listings a year just to stand still in terms of the number of companies on the bourse. It has managed to have more listings than delistings in four of the last ten years.

Delistings can take many forms. Sometimes, these are as a result of an acquisition by another already listed-entity, especially prevalent in the property sector. Other examples include Telkom’s purchase of BCX, Steinhoff’s of JD Group or African Bank Investments’ deal to buy Ellerines.

A private equity buyout (Bain’s ill-fated purchase of Edcon in 2007) or an acquisition by a public company not (yet) listed in SA (AB InBev’s deal to buy SABMiller) will also result in a delisting. Some, such as Gijima, met a rather unglamourous end.

These can also be the result of housekeeping, such as the clean-up of the old Pick n Pay pyramid control structure (which saw Pick n Pay Holdings delist in 2016). Altron’s buyout of Altech minorities was sold to shareholders as a ‘clean-up’, but some might argue that Altron (and the Venter family) were forced into it.

The totals in this analysis, as published by the JSE, include what one might call “zombie” companies who remain listed, but are suspended. A well-known example of this is 1Time Holdings, and there are easily a few dozen of these companies ‘on’ the JSE.

This analysis does not include the number of ETFs, ETNs, warrants, or structured products listed on the market. This is a count of companies only. However, despite a useful number of new ETF and ETN listings in recent years, the overall number of listed securities (in other words, including those aforementioned products) has declined from 1 174 in 2007 to 816 in 2016. It has declined year-on-year in all but one of the last ten years (2012, where it increased to 872 from 833 in 2011).

The JSE’s director of Issuer Regulation John Burke, writing for the very first edition of the Financial Markets Journal in April 2005, defended the trend towards fewer companies on the market, which has been in place for at least the last two decades. Burke pointed out that in 1998, “there were 669 companies listed on the JSE” and that “by 2004, this number had dropped to 396”. He argued that “those that remain are a far stronger and more solid group of companies in which to invest. The market as a whole has almost doubled in size, and the listings requirements have been tightened up significantly”.

While this analysis deals with the number of companies listed, the underlying composition and character of the market has changed significantly over the same period. Patrick Cairns’s excellent analysis in December 2015 revealed how between 2005 and 2015, 40% of the Top 40 had changed. At that point, of the 16 companies that had fallen out of the Top40 over that decade, only three had delisted. The underlying shifts between sectors have been far more impactful, as Cairns deftly summarises: “There are essentially three major themes to how the index has changed – the fall of mining companies, the rise of property stocks, and the JSE’s move towards being a market dominated by industrial counters”.

Burke’s argument that the number of companies should not be looked at in isolation might certainly hold water. The total market capitalisation of the JSE over time paints a picture of a market in rude health. Follow-up to come.

i do not know where the author comes with the capitalisation of the the jse being in rude health when you have the likes of steinhoff,
anglo american falling over their feet trying to get their capital to a safe haven.
the bastion of our economy – mining is under threat from a thieving government handing out confiscated mining rights to family and friends , and now they are targeting listed companies on the jse under the guise of BBEEE legislation.
post world war 2 this country has been plagued by dumb politics chasing away would-be investors both local and foreign, and now under the present commie leadership this is being turbocharged.

Well previously they were being chased away through political embargoes and boycotts.

Now it is literally a case of it being blocked by laws internally, and the government breaking institutions and enterprises to the point that the enterprises themselves are fleeing the country.

If the writing was ever on the wall it is now.