How will Ramos be judged?

Did Barclays restrict lending, or was the constrained environment self-created?
Hilton Tarrant  /  11 March 2019 00:33
17 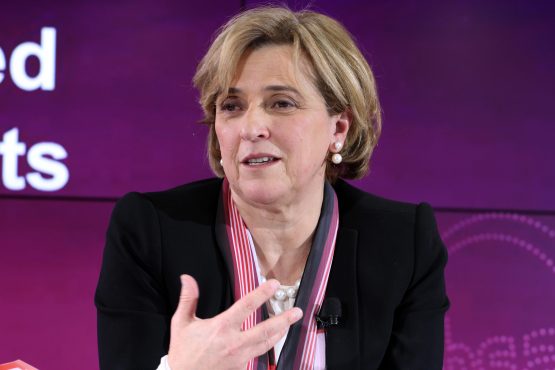 No big, bold strategy – Maria Ramos spent most of her decade implementing the Barclays template, then unimplementing it. Image: Moneyweb

Maria Ramos has ended her decade as Absa Group (née Barclays Africa) CEO with not much more than a whimper. Given that she left at the end of February, she will not present the group’s 2018 annual results today. Neither, it has been murmured, will interim CEO René van Wyk. Instead, group FD Jason Quinn will.

Read: Why doesn’t Absa have a successor to Ramos?

Ramos gets deserved credit for implementing Barclays’s strategy following its purchase of Barclays plc’s African operations in 2013. But many remain divided on whether this was the right deal for the bank (at the right price). Corporate and Investment Banking did exceedingly well, but with the Barclays franchise and its associated client-/deal-flow, it would’ve been hard to not do well. Perhaps her biggest achievement was to negotiate the separation from Barclays plc, following its surprise decision to sell down its stake in 2016.

Under Ramos, the group’s retail bank in South Africa, in particular, has struggled, losing customers and market share. The purchase of Edcon’s card portfolio for R10 billion in 2012 was nothing short of disastrous for both companies (a situation that is seldom the case). Bank executives in other markets would’ve lost their jobs for a deal like this.

The popular narrative holds that Ramos simply couldn’t grow advances (and earnings) under Barclays as it had a lower risk appetite than the bank might’ve had without a UK parent.

A comparison with Standard Bank Group over the eight full reporting periods since Ramos took over at Absa Group (March 2009, excluding 2018 as Absa’s results will only be released today) is telling. The two groups are more comparable than, say Nedbank and FirstRand, because they are fairly well diversified in the local market (they both have sizeable corporate and investment bank units) and both have sprawling African operations.

Between December 2009 and December 2017, the compound annual growth rate (CAGR) in headline earnings per share (heps) at Standard Bank Group was 53% higher than that of Absa Group (10.15% versus 6.63%). Absa Group, however, kept up on dividends, with CAGR of 11.6%, a tad higher than Standard Bank’s 11.3%. Add in a special dividend of 708c in 2013, and Barclays plc as major shareholder received a handsome flow over the decade that it owned the bank.

‘Pedestrian’ growth would be an understatement

Between December 2009 and December 2017, Absa grew total advances in its local retail bank by just 13.7%. It is unlikely that number has moved dramatically in 2018. A decade ago, total advances in the segment stood at R337.25 billion. Fast-forward to end-2017, and the number was R383.5 billion. To describe the CAGR of 1.62% over the eight years as ‘pedestrian’ would be charitable.

Standard Bank, by comparison, grew advances in retail (and business banking) by 55.8% in the same period! Its book grew from R344.24 billion to R536.49 billion. Its compound annual growth rate in an economy that stuttered along for most of those eight years was 5.7% – three-and-a-half times higher than Absa’s.

The question that will never have an answer is to what extent Barclays restricted lending. Or was this constrained environment a self-created one because of severe problems in the retail bank, particularly in the core transactional (primary banking) business? You cannot lose millions of customers – especially many of your best customers – across a number of years (which Absa did, but stubbornly refuses to disclose), and still hope to grow your book! Headline earnings in the two retail banks grew at a very similar rate (±18% CAGR) over the period. At least Absa managed to grow earnings despite a barely growing lending book. Expenses across the bank remained stubbornly high and there didn’t seem to be any attempt at addressing the structural issues.

Where it is far more difficult to judge Ramos is on the ‘softer’ metrics. She battled to fix a culture that desperately needed changing. These efforts had mixed results across her 10 years at the bank. It has lost a lot of excellent senior talent in recent years, including David Hodnett and Phakamani Hadebe, and an overdue reorganisation (as well as changes in the retail bank) saw a number of other departures.

In truth, there was no ‘big bold’ strategy because most of her time was spent implementing Barclays’s template and then unimplementing it.

It is perhaps ironic that Ramos won’t be around to see the ‘new’ Absa under what is essentially her strategy. How different it all might’ve been, were it not for Barclays.

Would never have anything to do with ABSA. Their retail and stockbroking accounts constantly change conditions and fee structures are increased well above inflation. Changed to Capitec almost ten months ago and never looked back. Also in process of running down and closing my ABSA stockbroking account for same reason.

Switch your stockbroking to Easy Equities – so cheap and interface is awesome! I had Standard Bank portfolio and I was charge R3k a year in charges!

I tried but despite sending multiple copies of my documents they refused to verify my proof of address and other docs so I gave up.

Walk into ANY Absa branch, join the queue. Absolute disaster.

AND wait for ever to be greeted by people who hate their job.

The ABSA investment was John Varley’s bright idea and most operational executives at Barclays thought it was poorly conceived and never threw their weight behind the deal, particularly when the ABSA management pushed back reminding them of their “duty to the minorityshareholders”. The Barclays team is glad to see the back of ABSA so they can concentrate on businesses with real potential and Varley was charged with conspiracy to commit fraud by the Serious Fraud Office and is currently on trial – say no more!

Barclays was the only positive thing they had on their balance sheet in 2008, Barclays were half hearted with their ABSA efforts, they ruined the retail bank and their approach to the investment bank didn’t work. They should have changed the culture instead of leaving Ramos at the wheel whilst the car was veering off the highway.

Give me one true reason why ramos had to be involved at all in the private banking industry – to me it was once again a case of these “overnight experts” in a field that one needs years and years of practical experience before can one can see oneself as an expert / manager / director / ceo / etc of especially public entities – (not soe’s and government entities where one earns a salary 10 times to one’s actual achievement.) Ask any CA what it takes to change from practice to a ceo of any large public company. ramos was to me once again a case of: “who i know” – nice direct/indirect connection with the hi-flyers of the anc. As previously mentioned about transnet and ramos (same scenario)- I can’t remember that transnet was one hell of a success story – even if there was a minimal bit of success, nothing of it is left when one look at transnet today – financially and rolling stock wise – it means no long / medium term advantage was left by her to the organisation – so absa don’t expect too much.

ABSA cheated me as a law student by taking an unauthorised fee on my savings (value was equivalent to a cafeteria dinner).
I objected and threated to sue – eventually got my money back and withdrew my few hundred and promised NEVER to be back again.
I never missed them and confident they never missed me – but I am very happy to be rid of them (they probably feel the same!)
BOERE se BANK – – – no thanks!!!!

No succession plan. No strategy for changes in the market. Destruction of market share in the retail bank. Management changes by the hundreds and no share price performance.

The worst banking CEO in years in South Africa. Look at the legacy of Michael Jordaan, Tom Boardman, Jacko MAree etc. And then look at this mess called ABSA.

As for the Chairperson…ineffective and incompetent.

“Add in a special dividend of 708c in 2013, and Barclays plc as major shareholder received a handsome flow over the decade that it owned the bank”. Colour me cynical but is this not the main reason Barclays got involved in the first place? A bit like Mittal; cosy up to some political figure, enjoy the dividends, restrict your risk (lending) then let the “CEO” negotiate your way out as the business starts to struggle. What was the overall picture like for Barclays in pounds?

Wasn’t she a ANC cadre deployee?

She will be remembered for:
– Selling the crown jewels (The V&A Waterfront) that should have been kept.
– Doing nothing operationally for Transnet except allowing corruption to enter the system.

– screwing over the Transnet pensioners.

Sadly a bit of a disaster and i am sure no tears being shed over her departure,which was long overdue.Did she achieve anything in her long tenure—I dont think so.Yes,ABSA was constrained by Barclays criteria and lost significant market share in key areas ,with many clients unlikely to come back.Non existent charisma,vision and lack of understanding of what banks are supposed to be all about.

Ramos was poor and will be remembered as such, I am sure she had some positive impacts but overall she failed to capitalise on the massive market share they had in retail banking and instead of moving with the market they decided to focus on their investment banking efforts which failed horribly. Might have to do with their strong AA push & political ties but the cost base at this bank always suggested they would have to stay well ahead of the curve to remain relevant. Instead they had a failed PE department and their whole approach to corporate lending is dumbed down. Ramos did little to nothing to improve any of that it seems.