Hudaco fighting headwinds not of its own making

Earnings up and debt down despite challenges, while action to recover ‘secret profits’ of R490m related to BEE transaction moves to commercial court.
By Barbara Curson 5 Feb 2020  11:00

Is there opportunity in construction?
The long-term opportunity on the JSE
The goose that lays the golden egg
CLICK THIS COMPANY MORE COMPANY NEWS SENS
HUDACO 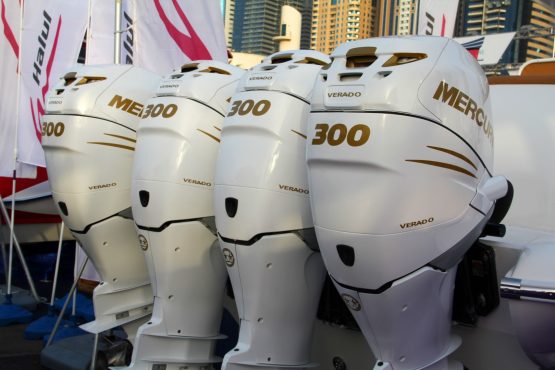 Outboard motors are among the products imported by Hudaco. Image: Supplied

Hudaco Industries, which distributes branded automotive, industrial and electronic consumable products, released reasonable numbers in its results for the year to November 30 – but a looming court case hangs over it.

Read: The mid cap opportunity on the JSE

The integrated annual report has not yet been released but will provide far more detail regarding the period.

At the beginning of Hudaco’s financial year on October 1, 2018, the exchange rate was R14.20 to the dollar, and 12 months later (on November 30, 2019) it had crept up to R14.60. Import costs would have been subjected to the vagaries of the volatile exchange rate during the year. Even though Hudaco follows a hedging policy to safeguard against a downward movement in the exchange rate, this would result in expensive cover if the rand strengthens in the cover period.

Business operations were further negatively impacted by load shedding and the downsizing of large businesses.

Bank borrowings have reduced from R1.2 billion to R1.1 billion. Hudaco points out that it has significant additional borrowing facilities available for further acquisitions.

Lawsuit against Bravura and others

The legal action against Bravura, Cadiz and certain associates has been moved to the commercial court. This will result in a delay. The legal action concerns an action to recover so-called secret profits (in the region of R490 million) made on the financing arrangements around the Hudaco black economic empowerment (BEE) transaction that ran from August 2007 to February 2013.

On March 1, 2019 the group acquired 100% each of Dosco Precision Hydraulics and Industrial Filtration Maintenance for a total consideration of R10.2 million.

The share price, which has been in a steady decline for the past year, is currently sitting at R102.43. It has battled through tough trading conditions and low consumer confidence – and is one of many businesses struggling under the weight of incompetence not of its own making.