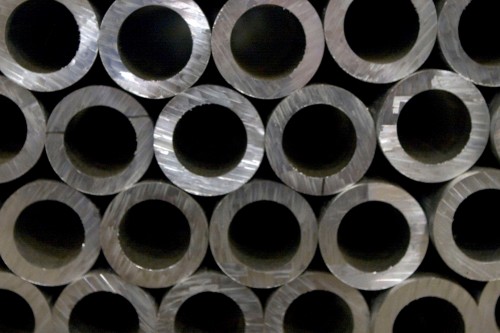 For the financial year-ended December 31 2015, the company reported a slight uptick in annual revenue to R8.4 billion from R8.04 billion but its gross profit fell more than 40% to R540 million. This due to a combination of low rolled products sales volumes, higher manufacturing costs, energy disruptions, planned maintenance and a metal price lag.

Hulamin said disruptions to energy, a result of power outages and inconsistent liquid petroleum gas (LPG) supply, compromised manufacturing output, which in turn resulted in a 7% decrease in sales volumes to 198 000 tons (t). Import and freight costs associated with transporting LPG from Port Elizabeth to its Pietermaritzburg base also weighed on its income statement. It has filed a R50 million insurance claim relating to supply disruptions and expects to be paid out in the coming months. And it started to reduce its reliance on LPG by converting to compressed natural gas (CNG).

It has also taken a R161 million charge due a lag in metal prices as average aluminium prices, traded on the London Metal Exchange (LME), fell by $372/t over the period. A 49.5% gain on LME derivatives, traded to hedge against a lag offset the loss by R145 million. Although Hulamin managed to withstand the fall in aluminium prices, CFO David Austin referred to it as “black swan event”.  He said the company would not amend it its hedging policy, “if LME prices were to strengthen quickly, it would put significant strain on our cash flow”.

A 71% increase in capital expenditure to R573 million – to fund its aluminium recycling project, LPG conversion and planned maintenance among other projects – drove net borrowings up to R975 million from R437 million while its debt to equity ratio rose to 25% from 11%. A discrepancy between its net asset value (NAV) of over R12/share and market price of R6/share suggests fears over dumping, Ian Cruickshanks, chief economist at the SA Institute of Race Relations said.

Hulamin said its export sales volumes were affected by the slowdown in Chinese economic growth and increased competition from its China-based competitors in US and European markets. At home, an increase in demand from the beverage packaging and automotive markets, saw sales increase 18% to 70 000t. A new contract finalised with Nampak, should see the volume of beverage can sales to the company double, CEO Richard Jacob said. He added that import duties expected to range from 5% to 15% should support the domestic market.

The company plans to improve its cost competitiveness and is targeting R50 million in savings through reductions in employee, contractor and energy costs. “Cost cutting and efficiency improvement efforts to support margin maintenance and efficiency gains are providing relief in these challenging market conditions which we expect to continue in the current reporting period,” Jacob said.

“From an operating efficiency point of view, they’re doing everything they can. However, they can’t necessarily see ahead to what competitors will do…They’re going to survive, I have no doubt about that but global activity may make it difficult for them to achieve their greater aims,” said Cruickshanks.

Shares in Hulamin fell 6.25% to close at R6/share on Monday.