How a niche aluminium business in a sleepy corner of Africa became the sole supplier of an integral component to Elon Musk’s cars.
By 6 Aug 2015  00:12 JOHANNESBURG – We all know the man; Elon Musk warrants no introduction. But the story of how one of the roughly 20 000 components that make up a Tesla car came to occupy its place from a sleepy little corner in Africa is certainly one that needs telling.

Anyone that’s been to Pietermaritzburg before probably wouldn’t have been over-awed. It’s located in a part of the country just near what the indigenous Zulu people call ‘the valley of a thousand hills’. Besides once being the capital of the last British outpost, Pietermaritzburg has also served as the legislative capital of the KwaZulu-Natal province. Hulamin is a small (executives there prefer to call it a ‘niche’) supplier of aluminium products whose sole plant (which produces around 200 000 tonnes a year) is located on the south-western fringe of Pietermaritzburg – about an hour from South Africa’s largest coastal city, Durban. The company specialises in making a range of value-added products that are used in a variety of applications including beverage cans, food packaging and automotive components. A large portion of its business is exported to international markets, including the US.

“About 25% of our business is in the States,” says Hulamin sales executive, Darryl Weisz. Five years ago the company was approached by one of its distributors, Ken-Mac, to assist with a new project. “They said there was this guy who was trying to make an electric car and he was having an incredible struggle trying to find the right products for it, as well as obtaining financing to build them,” says Weisz.

At that point, Musk was not the phenomenon he is known as today. Techies in Silicon Valley already knew him as one of the creators of PayPal, but his fame outside of the valley had not become pervasive.

As the story goes, Musk had taken the cash he had received from the sale of PayPal and invested it heavily in his new start-up: Tesla. “We’d heard that he was facing strong headwinds financially…he had taken his own start-up as far as he possibly could with his own money,” says Weisz.

To its eternal credit, Ken-Mac was involved with Tesla in supplying components, and had taken a view to support and back Musk’s business. This included providing goods on consignment and using its expertise to source the specific components he was looking for. Eventually, Musk’s hard work began to pay off. “He succeeded in developing this long-lasting battery (which would ultimately be used to power the Teslas), and Daimler decided to start using them in its Smart Cars, so he apparently got a grant from the government,” says Weisz.

Musk found a ready-made assembly plant south of San Francisco that had been abandoned by an unsuccessful joint venture between Ford and Toyota, which he bought for next to nothing. He chose this as the site in which to begin mass producing Teslas.

Ken-Mac (now owned by industrial conglomerate ThyssenKrupp) operates a metal distribution business across the US, and it was two of their executives, John Manzo, in his capacity as commercial director of Ken-Mac, who along with Bruce Ahlbom (account director) introduced Hulamin to Tesla, and who were intimately involved in growing the relationship between the two companies.

Making the case for Hulamin

“So Ken-Mac was trying to help Tesla source the components. We did a lot of business with Ken-Mac, and our North American sales director Bob Tanferno enjoys an excellent relationship with them. We understood that early on Tesla and Ken-Mac had approached the large US-based aluminium companies – the likes of Alcoa and Kaiser – to try and source what Tesla was looking for – and because Elon Musk and Tesla were unknown at the time, the big guys thought supplying them was of ‘zero interest’ given the minuscule initial volumes and onerous specifications,” says Weisz. “We, on the other hand, being a niche supplier of high quality aluminium plate, loved the idea of supporting Tesla.”

That provided Hulamin with a gap. And they took it. The company delegated technical expert Pieter du Plessis – whom Weisz calls “a walking encyclopedia of aluminium” – to manufacture the component capable of meeting Tesla’s specifications.

The component is referred to as a battery box base plate. It is made from a ‘6061’ alloy that is built to withstand weight and heat. The component gains its strength through a heat-treatment process that makes it bullet-proof and fire-proof and which weighs approximately 60 kilograms, even though it constitutes the entire bottom of the car.

The Battery Box Base Plate manufactured at Hulamin’s plant in Pietermaritzburg. “Initially we worked with Ken-Mac, and shortly after that the engineers at Tesla got involved. We went through a process of understanding each other’s manufacturing processes, and they were very clear on what performance characteristics the plate had to meet. Besides strength and toughness, the plate has to be as light as possible,” says Du Plessis.

In the US, vehicle components can take years to be approved for use in production. So it took a year for the product to be developed, tested and approved, and then another year to be integrated into the Tesla production line.

“You might recall there was a bogus story about how a Tesla had caught fire a few years ago. As a vehicle manufacturer, the name of the game is taking out costs. At the time, Tesla believed in its product, but thought specifically that our component was probably a little bit over-specified. Regardless of the truth of the story, once it broke, they told us to hold fort, and to carry on with the higher specification ‘heat treat’ process for the component,” says Weisz. The process was obviously more costly than non-heat treat plate, but it gave it the vehicle a robustness that has contributed to Tesla’s famed safety standards.

Hulamin remains the sole supplier of the base plate, and every Tesla ever built has a Hulamin component inside of it. Weisz is in the process of negotiating the contract to supply Tesla for 2016-17. Tesla has ambitious plans on quadrupling production over this period. “In our most recent interaction, they wanted to find out if we could handle it. But for us to quadruple our supply to them, we would probably need a longer-term contract (more than two years) as we would need to start investing in capacity, and we would be vulnerable if they found someone else and terminated the contract,” says Weisz.

Hulamin advised them they should probably start sourcing components from other suppliers. “As far as we know, they have been testing components with suppliers around the world, but as yet no-one has been able to match the technical specification criteria they require,” says Du Plessis.

Weisz will be travelling to the US to tie up the contract, which he says is close to completion. “I believe they like our quality and service reliability, and have told us we are in the top quartile of all their suppliers, so we look forward to continuing the relationship.”

Weisz has driven the Tesla and gave us his thoughts on the car.

“Firstly, the company has hired diverse people from a range of motoring and technological backgrounds – I think they even took some people from the Lotus Racing Team. And it shows in the car – even though it’s electric powered, it goes like a Ferrari. If Apple Inc. were to meet Mercedes-Benz…that is the only way to describe how it’s been put together – that’s what you experience when you drive a Tesla.” “It looks like a rocket ship inside [Editor’s note – that would be a SpaceX rocket ship]. There is incredible technology in the car and unlike petrol driven cars, it requires very little servicing. The entire engine and component parts are computerised and the vehicles are wirelessly linked into their database, which both Tesla and the owner are able to monitor in real time. So when you need apps that need to be updated or a component replaced – say a light bulb, it notifies you. Three weeks ago there was a battery enhancement – people who had bought the car in a certain period were eligible for a free upgrade, so they notified their clients to drive down to one of their dealerships to have their batteries replaced. They already have self-drive software that they can’t release because driverless cars have not been approved by US regulators.” 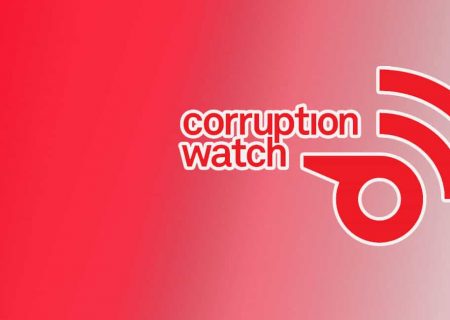