I should have bought Omnia shares

Threefold increase in earnings per share is proof that Omnia has survived the worst.
By Adriaan Kruger 25 Nov 2020  00:01 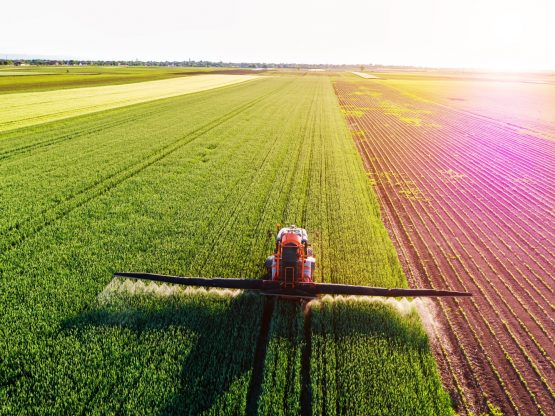 Earnings are up 620% over the comparable prior period, and the group is looking at rewarding shareholders for their patience and trust. Image: Supplied

Omnia’s accountants modestly show in the announcement of the results for the six months to September that earnings increased by more than 100% compared with the extremely difficult first six months of the previous financial year.

In fact, earnings increased by 620% to R252 million compared with R35 million a year ago.

Headline earnings per share increased by a far lesser percentage due to the dilution brought about by Omnia’s rights issue a year ago – nevertheless recovering nearly 230% from 43 cents to R1.41.

The rights issue raised R2 billion, which went a long way in reducing Omnia’s debt and contributed to the huge turnaround in its fortunes; the dilution is irrelevant for shareholders who followed their rights and subscribed for their shares.

CEO Seelan Gobalsamy describes the results as “incredibly pleasing” and indicates that shareholders can expect even further improvement in the second half of the year.

“The turnaround plan is not fully implemented yet and there are still benefits to flow through. On top of that, we expect organic growth as economies recover from the recent unprecedented lows,” Gobalsamy said in an interview with Moneyweb.

He is optimistic that all three divisions in the group will show good growth in the second half of the financial year and in years to come.

The agricultural division traditionally earns the lion’s share of its income in the second half of the year during the spring and summer planting season in SA.

“We are watching the weather. We are seeing good rains and see fertiliser moving out of our warehouses,” says Gobalsamy.

Meanwhile, the chemical division is recovering from the [hard] lockdown that saw a large portion of its production classified as non-essential products. Omnia reported that the closure of certain production lines could not be offset by the sharp spike in demand for hygiene-, disinfectant- and cleaning-related products. Revenue decreased by 28% during the abnormal six months, but profit still showed a small improvement of 4% to R55 million.

“While base metal and mineral prices might remain subdued if the global economy falters, precious metal prices are expected to show at least modest increases in 2021.”

Omnia says mining production in SA is likely to recover in the second six months of the financial year, to levels similar to those before the lockdown.

In a sense the challenges brought about by the Covid-19 pandemic helped management to focus on reducing cost, looking at better alternatives and improving cash generation.

All divisions have introduced new ways of doing business, partly driven by the restructuring plan, and partly by new challenges.

For instance, Protea Chemicals will focus more on growing the water care, food, consumer care and animal nutrition industry sectors that produce higher-value products which are less prone to the impact of Covid-19 and an economic recession.

Gobalsamy says Omnia produced good cash flow and management is “very, very comfortable with the current debt level” – which reduced from around R4.5 billion a year ago to R1.9 billion.

The cash flow statement shows that operating activities generated net cash of R533 million during the six months compared with cash outflow of R141 million in the comparable six months.

The last 12 to 18 months were extremely difficult for the company and Gobalsamy admits that the low point was probably a year ago, just before the rights issue, when survival seemed uncertain.

Now, Omnia is looking at rewarding shareholders for their patience and trust.

Management indicates that shareholders can expect a good dividend at year-end – maybe even a special dividend or a share buyback – especially once the disposal of the Oro Agri businesses are completed.

It was announced earlier that the global Rovensa group offered $149 million (in excess of R2 billion at the current exchange rate) for Oro Agri, which Omnia said is significantly more than what it paid a few years ago and in excess of the book value.

The disposal, once all the suspensive conditions are met and shareholders ratify the sale, will leave Omnia with no debt, while good results in the second six months will probably add to the cash pile.

Management says the turnaround plan has been implemented successfully, mentioning that Omnia spent the last 18 months executing its strategy to stabilise its financial position, fixing and renewing all operations, and exploring new growth opportunities.

“This strategy has yielded, and continues to yield, good results that have put Omnia in a much healthier financial position. Notable achievements include an improved safety performance, stronger operating businesses, improved margins, increased cash generation and lower capital expenditure and debt levels,” says management in the review to the results.

“We are now firmly in the ‘fix and renew’ phase of our turnaround strategy. The implementation of our new operating model was substantially completed during the period and will continue to yield improvements,” says Gobalsamy.

“Our key businesses in SA have been consolidated and the group is well positioned to capitalise on growth opportunities.”

We had to ask Gobalsamy where Omnia will be five years from now. “It will be a group that everybody will be proud of, especially when looking back to the difficult days of 2019,” he says. “Omnia is positioned for long-term growth while helping people to produce food, saving lives and stimulating economic activity to enable people to earn a living.”

Clever and courageous investors who took a chance on Omnia have been well rewarded this far.

And there was lots of time to get in, with the share price languishing below R30 for most of the last 12 months, dropping to below R20 for a few days during the market crash in March.

The price jumped R1.80 on Monday to R46. The new results put the share on a price-earnings (PE) ratio of 15.9 times, with a forward PE probably much higher if management’s comments is anything to go by.

I should have bought some shares last year.

Omnia on the up

Sasol was a better bet.

Truly well done to the management team. Goes to show that, even in crisis (especially in crisis?) there are 5-baggers to be had.

Just imagine if you’d had the foresight to pick up Tesla, Zoom, Omnia and Bitcoin at the right time earlier this year…

Foresight? Back in March 2020? Remember, that was the time the world was coming to an end according to many 😉

The photo looks like a still from the Netflix movie “Kiss the Ground”. Perhaps the long-term use of artificial fertilizers as a core of the food production industry needs a serious rethink.