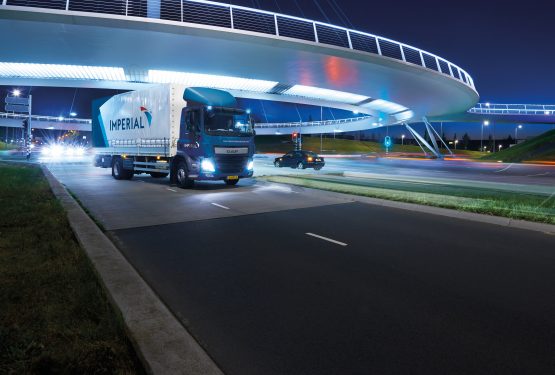 Imperial said last week it expects to have concluded the transaction and delisted the group from the JSE by February 2022. Image: Supplied

Some minority shareholders in Imperial Logistics are disenchanted with the value of the offer by Dubai-based global supply chain solutions provider DP World to acquire all outstanding shares in the JSE-listed group.

PSG fund manager Justin Floor said on Friday the current offer does not adequately reflect the scarce nature of Imperial’s assets, particularly those in the rest of Africa.

Floor said comparable global assets are valued by public and private markets at significantly higher valuations, including some of Imperial’s own recent purchases such as Palletways in the UK.

He said recent asset disposals have also created excess capital – which is only now being deployed into attractive areas – after the offer was made.

“This means the current offer does not take these developments into account and that shareholders won’t be adequately compensated for the potential on offer, if the vote carries,” he said.

Read: Imperial to net up to R1.45bn from South American shipping business sale

“Finally, current earnings are below our assessment of normal and we see encouraging signs of normalisation and improvement over coming years.”

Floor added that Imperial is an important holding for PSG and its clients, who currently own 7.5% of the shares outstanding.

He said Imperial is a good business with an improved composition of businesses and a right-sized cost base, offering significant potential to patient investors.

“Unfortunately, the current offer is not a fair representation of the company’s true worth. Our responsibility as responsible and patient custodians of our clients’ investments require us to exercise our duty in the upcoming vote with the above considerations in mind,” he said.

Floor pointed out that PSG has long argued that certain domestic companies offer exceptional value, with valuations having been decimated by overly negative market sentiment.

He said Imperial Logistics is trading far below its intrinsic worth and the offer “in its current form is too low and does not reflect the fair value or recovery potential we believe the company offers”.

Imperial Logistics and DP World confirmed on July 8 that the Dubai-based group had entered into an agreement to acquire Imperial for an estimated R12.7 billion cash, resulting in the company’s share price rocketing by 33.72% on the day to close at R63.25.

The proposed transaction is still subject to a number of approvals, including regulatory and shareholder approval, and involves a cash offer of R66 per share from DP World to acquire all outstanding shares in Imperial and will result in the delisting of Imperial from the JSE.

Read: Imperial to be delisted if DP World’s proposed R12.7bn acquisition is finalised

The offer represents a premium of 39.5% to the Imperial share price on July 7 and a 34.2% premium to the 30-day volume weighted average price of Imperial.

Imperial group CEO Mohammed Akoojee confirmed last week when the group released its financial results for the year to end-June that they expect to have concluded the DP World transaction and delisted Imperial Logistics from the JSE by February 2022.

“It’s obviously quite a fluid process once all CPs [conditions precedent] have been met. So that is the key date that will determine when we get delisted but at this stage we expect it to be done by February,” said Akoojee.

A question was asked during a financial results presentation about management’s view of “the low suggested takeover price” in light of the failure of Imperial Logistics to declare a final dividend, which reduces the proposed takeover price because “this leaves cash in the group for the benefit of the potential new shareholder, as does the share buyback”.

Akoojee said the offer price stated that if any dividend was to be paid, it was to be deducted. “It’s normally done that way.”

He added: “In terms of a dividend versus the R66 [per share offer price] there is actually in my mind a tax benefit because there is a withholding tax on a dividend.”

Akoojee said Imperial Logistics’ board followed a very professional process in the valuation of the company and would have considered and factored in the lack of a final dividend in the context of recommending the offer to shareholders.

Read (or listen to the podcast):
Portia Derby on Transnet’s plan to woo private-sector investment in SA ports

Rowan Goeller, an analyst at Chronux Research, said when the proposed DP World transaction was announced it was a very good offer for Imperial and that shareholders “should take the offer and be very thankful”.

Goeller said the offer price could not be disputed because DP World is effectively buying Imperial, including the “Blue Sky expansion that sits within Imperial’s gateway to Africa strategy that may or may not arrive”.

He said the offer also monetises all the cash that Imperial has received from the asset sales it has concluded, adding that this cash was not earmarked to go back to shareholders but to be used by Imperial to grow the company into its new strategy, which had “a fair amount of execution risk”.

Goeller said the strategy Imperial was following was very risky in the sense that Africa expansion strategies have been tried by many companies unsuccessfully and there was no real indication that Imperial was going to be successful.

Imperial last week reported a strong recovery in volumes and profitability in the year to end-June.

This growth was attributed to a recovery in volumes across most businesses as Covid-19 lockdown restrictions eased in certain key markets, new business gains and acquisitions.

Continuing operating profit, excluding businesses held for sale, rose by 59% to R2.3 billion from R1.45 billion, with the operating margin improving to 4.5% from 3.1%.

Continuing headline earnings per share increased by 113% to 332 cents from 156 cents.

So, let me get this straight. Akojee believes that most investors in Imperial would rather forgo a receiving a dividend, simply because they are worried they’d pay a 20% witholding tax? Or am, missing something. If they declared a dividend, at least that 20% to the Treasury could put lights at Eskom up.

Agreed, and what about something like CGT for the shareholder? – i just simply don’t like something in the deal, can not pinpoint it may be i associate the name dubai too much with the ex sa gupta clan