Imperial to be delisted if DP World’s proposed R12.7bn acquisition is finalised

Imperial shareholders ‘should take the offer and be very thankful’ – analyst.
By Roy Cokayne 9 Jul 2021  00:01 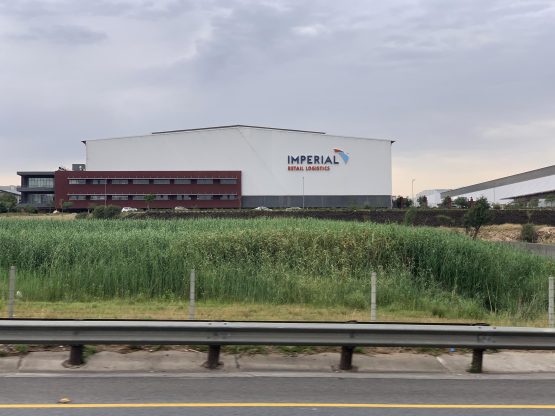 The offer is seen as vindication of Imperial’s strategic intention to build up a company with a large distribution network in Africa. Image: Moneyweb

Shares in JSE-listed Imperial Logistics rocketed by 33.72% on Thursday to close at R63.25 after it confirmed that it has entered into an agreement with global supply chain solutions provider DP World to acquire the group for an estimated R12.7 billion cash.

This is the highest level Imperial shares have traded at since early May 2019.

The automotive business of Imperial was unbundled from the group and separately listed on the JSE as Motus in November 2018.

In a joint announcement, Imperial and DP World said the offer represents a premium of 39.5% to the Imperial share price as at July 7, and a 34.2% premium to the 30-day volume weighted average price of Imperial.

Rowan Goeller, an analyst at Chronux Research, said it is a very good offer for Imperial and shareholders “should take the offer and be very thankful”.

However, Goeller said the transaction, if successfully concluded, is not good for the JSE.

“Imperial might not be a big company necessarily anymore but the JSE will be losing a big name. Imperial was once a blue chip and a Top 40 company, so it’s not good for the JSE,” he said.

Goeller believes the offer will be approved by shareholders and the regulatory authorities.

He said the offer price could not be disputed because DP World is effectively buying Imperial, including the “Blue Sky expansion that sits within Imperial’s gateway to Africa strategy that may or may not arrive”.

Goeller said the offer also monetises all the cash that Imperial has received from the asset sales it has concluded.

He stressed that this cash was not earmarked to go back to shareholders but to be used by Imperial to grow the company into its new strategy, which had “a fair amount of execution risk”.

Goeller added that the strategy Imperial was following was very risky in the sense that Africa expansion strategies have been tried by many companies unsuccessfully and there was not any real indication that Imperial was going to be successful.

He admitted to being surprised by the DP World offer because Imperial has been on an acquisition drive itself and was “in acquisition mode”.

However, Goeller said the offer is a vindication for Imperial’s strategy and what the group was trying to do, which was to build up a company that has got a large distribution network in Africa.

Goeller said Imperial’s growth strategy was difficult off a small base from South Africa and because the type of businesses that Imperial wanted were held by large global companies and it would “start standing on the toes of the likes of DP World”.

“Imperial was hunting with the big dogs and, as it turned out, they turned around and took them,” he said.

Goeller added that Imperial’s board is going to recommend to shareholders that they accept the offer because it believes shareholders are not going to do any better than the price being offered by DP World.

Goeller does not expect any South African Competition Commission issues with the proposed transaction because a lot of Imperial’s businesses are in Africa and Europe and the group has recently done a fairly large empowerment deal.

“Outside South Africa, I don’t think they’re big enough to trigger anything in any other jurisdictions that they are in,” he said.

Imperial group CEO Mohammed Akoojee said the transaction will be value-enhancing for Imperial because its business will benefit from DP World’s leading technology, global networks and key trade-lane volumes, while enabling Imperial to build on its ‘Gateway to Africa’ strategic and growth ambitions.

“Combining DP World’s world-class infrastructure, specifically its investment and expertise in ports on the African and European continents, with Imperial’s logistics and market access platforms will enable us to offer integrated end-to-end solutions along key trade lanes into and out of Africa and accelerate our position in Europe, driving greater supply chain efficiencies and ultimately enhancing value for all stakeholders,” he said.

DP World group chair and CEO Sultan Ahmed Bin Sulayem said they are excited about the proposed acquisition of Imperial, which will add significant strategic value to DP World given its attractive footprint and strong logistics solutions capability.

“Imperial has a significant presence in Africa, a market where trade is expected to grow at more than two times GDP, driven by population growth, accelerated urbanisation and rising middle classes,” he said.

“Imperial’s business strongly complements DP World’s existing footprint in Africa and Europe and will allow us to deliver a fully integrated end-to-end solution to cargo owners across a wider market.”

Not a done deal yet

The proposed DP World transaction implementation agreement is still subject to a number of conditions, including shareholder, regulatory and competition authority approvals.

It involves a cash offer of R66 per share from DP World to acquire all outstanding shares in Imperial and will result in the delisting of Imperial from the JSE.

DP World has received a binding irrevocable undertaking from Imperial empowerment partner Ukhamba, which holds 9.14% of the total issued Imperial ordinary shares, to support the transaction and a letter from Abax Investments, which holds 7.78% of Imperial’s shares, confirming its support for the proposed transaction on a non-binding basis.

An independent Imperial board has unanimously and unconditionally concluded that the proposed transaction is fair and reasonable and recommended that Imperial ordinary shareholders vote in favour of it and that Ukhamba accept the offer.

DP World has 136 business units in 61 countries across six continents, and has invested about $18 billion across its portfolio over the last 10 years to build best-in-class infrastructure to support the growth in global trade.

Listen to Dudu Ramela’s interview with Esha Mansingh, executive VP of corporate affairs and investor relations at Imperial (or read the transcript here):

This isnt going to end well, the only thing worse that a corporate is a foreign corporate. The job cuts will come in mass. Work condition will break down fast, Dubai and China basically have the worse approach towards employees rights and freedoms.

A consortium of mega rich could easily have outbidded them considering what a giant imperial is.

What makes you think that it’s such a great place to work at now? It’s already a lean organisation. I am happy both for staff and the shareholders. Not good for JSE, but good for SA market