Institute of Directors weighs in on the ‘dilemma’ of executive pay 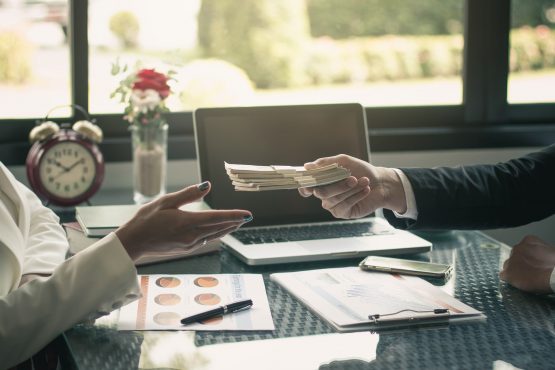 Shareholder apathy has prompted speculation that government might step in with changes to the Companies Act. Image: Shutterstock

Sanlam and AECI are just two of the companies that in recent weeks have registered ‘no-shows’ in response to requests to shareholders for feedback on their remuneration policies.

In most instances less than a handful of shareholders attend the meetings that companies are obliged to hold in the event that more than 25% of shareholders vote against the remuneration policy and/or the accompanying implementation report.

This seeming indifference to what is acknowledged as a potential threat to social harmony has prompted the Institute of Directors in Southern Africa (IoDSA) to issue a guidance paper dealing with “effective stakeholder engagement within the context of remuneration”.

The paper notes that the King Subcommittee on Remuneration, which operates within the IoDSA, has identified a few concerns relating to Principle 14 of the King IV code.

That principle states that the governing body (the board) “should ensure that the organisation remunerates fairly, responsibly and transparently so as to promote the achievement of strategic objectives and positive outcomes in the short, medium and long term”.

It is the principle to which listed companies claim to adhere when drawing up their remuneration policies.

But now, five years since implementation of King IV in 2016, the IoDSA acknowledges a “perceived lack of effective stakeholder engagement between stakeholders and organisations on the matter of remuneration”.

It suggests this could be because of stakeholder apathy or because organisations have not created appropriate platforms for effective interventions with stakeholders.

Mike Martin of Active Shareholder, a not-for-profit company that helps socially responsible investors to exercise their company rights, welcomed the guidance paper, noting: “Active has for some time been frustrated at what we perceive as a failure by some companies to engage effectively with shareholders, let alone other stakeholders.”

Martin says that on many occasions he has been the lone attendee at the meetings companies are obliged to have in the event that more than 25% of shareholders have voted against the remuneration policy and/or the implementation report.

That obligation is in terms of the JSE’s Listings Requirements and is the only regulatory response to growing concerns about out-of-control executive pay.

The South African Companies Act is silent on the issue of shareholders’ response to the remuneration policy.

But that could change. The apparent shareholder apathy has prompted speculation that government might step in with changes to the Companies Act that would bring South Africa’s oversight into line with the UK or Australia. In those jurisdictions consecutive votes against the remuneration policy can result in board members being forced to step down.

‘Acknowledgement’ is not enough

While Martin welcomed the IoDSA’s acknowledgement of the problem he is disappointed by the lack of robust response.

Although the IoDSA paper recognises that “executive pay has never been more of a dilemma than in 2021” and that remuneration has become a complicated and controversial topic “resulting in the potential for multiple reputational risks” its recommendations for improving shareholder involvement are, says Martin, unpersuasive.

Read: One for the people, and 10s of millions for the executives

For instance, included in IoDSA’s list of “practical considerations” is that companies “read the proxy voting guidelines of the asset managers and proxy advisers”.

Martin says that the general approach of the paper is in keeping with King IV. “It assumes that all companies will comply and that all aspire to the highest standards. Unfortunately, this is often not the case and where this paper and indeed much of King IV falls short is that there are no hard rules or consequences.”.

Martin says there are no consequences for companies that fail to get the necessary 75% backing; all they have to do is “consult” with the dissenting shareholders.

There is not even clarity on what “consult” actually involves.

Typical of the problematic situation is Mr Price, whose remuneration report is among the best issued by a JSE-listed company.

After failing to get the necessary 75% backing at its AGM in August 2020 the board invited shareholders to advise the reasons for their dissenting votes. The board received no responses. Remuneration committee chair Mark Bowman says in the 2021 report that the group “followed a comprehensive shareholder consultation process” with its top 25 shareholders during 2021. This might help secure the targeted 75% at this week’s AGM.

“Committees should be open to input from all shareholders, no matter how small, if for no other reason but to hear diverse views.”

On this he is in agreement with the IoDSA, which urges boards “to engage with shareholders and be willing to hear their views”.

Dam those overpaid clowns must love you fighting for their right to pay themselves as much as they want and while their Ave worker barely gets R8k a month. Now you didnt have to also go to Harvard to see the long term problems coming from this

It seems like most boards in the SA acts in same manner as the ANC cabinet. They sit on the money bags and decide wat they should get. Forget about those fancy rules for a period. It is set up to ensure despite poor performance they will still get pad well. Time that the final say on remuneration needs to be approved or disapproved by the shareholders and should need *0 % approval to make sure that in no way there is clauses that cover the mob against it

Those ‘practical considerations’ certainly indicate neither asset managers nor the IoD take the issue seriously.

Asset managers may also be conflicted if they manage significant amounts on behalf of the investee company’s pension fund : it’s not in their interest to rock the boat.

The IoD seems to forget that directors’ prime responsibility is toward the Company. A board member has no care of duty to the other directors and the boards.

If the hired help acted in the company interest we could not possibly see R50m pay packages for hired help that by and large are glorified bus conductors. Been at RMB or Absa or whatever for thirty years so winner by default, as long as keep on not rocking the boat and make the others not look bad. That’s why activist shareholders that get pot-stirrers onto target boards are feared and despised by the old boys no matter what skill or experience the pot stirrers have.

Straight no, no one deserves R150k a day…..yes a day! If you really think these guy are doing super high level tasks and calculation, well they don’t, some lowley paid fool does.

The irony is any complex decision making should be made by AI. Most corporate positions are ceremonial. It’s a lot of talking, some emails and lots of lunches! Sooner or later one of the idiots shout “let them eat cake” and the over 50% unemployed and those that are that receive R8k a month get tired of dealing with the pornophraphic inequality and land up fetching the guillotine, have the Russian and French revolutions and the countless since Summaria taught us nothing?

This level of greed is bad for everyone, no one wins except the overpaid person and their snot nosed kids

As usual, that answer lies somewhere in the middle.

Reading the comments it seems there’s a “they’re madly overpaid” or a “screw that, it’s capitalism” vibe.

We need something inbetween these extremes.

Executives get paid highly not just for work, but for responsibility to stakeholders. It’s this key fact many of the workers seem to miss.
That being said, some of the giant pay for directors who’ve run companies really badly must be addressed.

I’ll tell you one thing though – it should NEVER be the government! If you suppor that, you’re a communist.