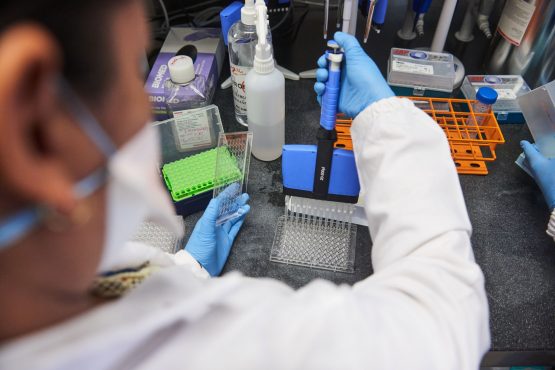 South African life insurers are shoring up their capital reserves as they brace for a fifth wave of coronavirus infections.

Africa’s biggest insurer Sanlam said on Thursday it will hold three times its typical discretionary capital, increasing reserves to R3 billion ($199 million), to give it headroom to grapple with uncertainties caused by the pandemic.

“The group will hold a significantly higher level of discretionary capital until such time that the we are satisfied that there is no risk to group earnings and dividends from the pandemic,” CEO  Paul Hanratty said in a statement.

Covid-19 deaths contributed to excess claims of R4.2 billion for Sanlam in 2021.

While fewer than 100 000 people have officially died of the virus in South Africa, excess deaths during the pandemic climbed to 301 106 in the week ended March 5.

Read:
One in 200 South Africans may have died of Covid-19: study
South African excess deaths back to levels seen before Omicron

That metric is seen as a more accurate way of measuring the impact of Covid-19 than official statistics, and means that as many as one in 200 in the country may have been killed.

South Africa’s second-biggest listed insurer, Discovery Limited, has put dividend payments on ice until it receives certainty on the trajectory of the virus.

The company has not paid out to shareholders since before the pandemic, and held back even as other financial firms reinstated outlays.

“In our country, it has been primarily about death, and the South African effect on mortality has been very very bad,” CEO Adrian Gore said in an interview.

South Africa is currently in a lull following the Omicron-driven fourth wave in December, but Sanlam sees a new one coming toward the middle of the year.

“I think for two or three years, at a minimum, we’re gonna see elevated levels of mortality, and we just have to hope it’s not really as bad as things were in the third wave, when it was very very severe.”