Corporate chaos, except where it was most wanted
Covid-19 crash: R2.3trn wiped out
Leadership change pays off for Adcorp
CLICK THIS COMPANY MORE COMPANY NEWS SENS
ADCORP 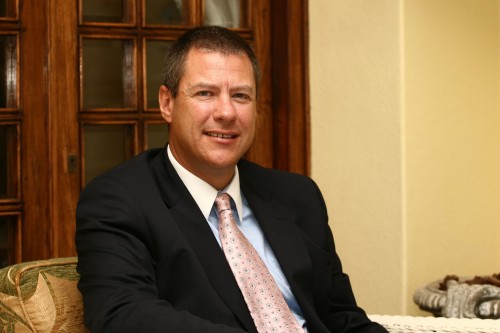 Adcorp claims that nearly one in four people in SA are seeking employment. Most, unfortunately, have limited qualifications or experience, and that drives demand for services of staffing companies like Adcorp. A tepid economic outlook and a risky business model suppress its valuation.

Based on our assumptions which are explained later in this note we issue a hold recommendation for Adcorp shares. Due to the nature of the staffing business, we rate Adcorp on the higher end of our risk scale.

Earnings for staffing businesses generally lack consistency. Earnings are affected by external factors and often follow the volatile labour market cycles which leave players with little influence on their performance. This explains why even though Adcorp’s earnings have been somewhat decent when assessed over a longer period, its earnings graph is marred by significant volatility. The variability and unpredictability in earnings increases the risk of investing in Adcorp.

Furthermore, with low barriers to entry, the staffing industry has close to 3 000 operational employment agencies. As a result, despite Adcorp being the largest player in the sector (its market share is about 10%), it doesn’t have too much pricing power. As a price taker, the group has little influence on its earnings. That in turn tempers the quality of its earnings.

Adding to these industrial weaknesses, Adcorp’s prospects are also under pressure from the stagnation in the SA labour market. Staffing businesses generally perform well when the economy is pumping, companies are hiring and people are switching jobs. But with the SA economy projected to remain on a slow bus for a couple of years to come it’s hard to imagine where meaningful growth for the industry is going to come from. Adcorp also reported that some employers are succumbing to trade union and political pressure to take workers on as permanent employees, thereby affecting temporary employment services providers.

We considered the financial implications of the recently enacted new Labour Relations Act (LRA). While it brings legislative certainty, it comes at a cost to the staffing industry. As was largely anticipated, the new provisions are starting to bite. Adcorp’s interim results, the first since the adoption of the new legislation, tumbled with the effects of the new law largely to blame. The group reported a decline in volumes in white collar contracting as some of its clients moved away from contract workers in favour of permanent hires.

That said, we think Adcorp has been adapting to the changing dynamics in the industry and should fare well in the long run. We are comforted by its focus on expanding its presence in non-SA markets, where it could be generating close to half of its profits by the end of this financial year. This hedges the group against the depressed SA market while exposing it to some of the globe’s fastest-growing markets. It has also diversified from the contentious labour broking segment by extending its product lines. Only about 43% of its earnings are now derived from labour broking. The effects of the new legislation on Adcorp’s SA operations were actually worse than initially anticipated. The company reported a significant drop in contractor volumes. Management says a number of contract staff were either taken on as permanent employees of the client or had their contracts of employment terminated. This led to a 17% drop in headline earnings per share and the operating margin was slashed by a quarter to 2.67%. Also notable is the 51% increase in the interest expense to R70 million (1H15: R46 million) following an increase in interest-bearing loans. Despite the negative growth in all the other metrics, revenue benefited from the first full inclusion of the contribution from Kelly and the four-month inclusion of Dare, both recent acquisitions.

Our valuations for Adcorp’s shares are premised on three major assumptions. First, we are putting a lot of weight on the group’s ambitious and strategic international drive. Since the commencement of the strategy about three years ago, the revenue contribution from non-SA operations has risen from 13% to about 32%. By focusing on Africa, the Asia-Pacific and the Middle East, the group is exposing itself to regions with exciting growth prospects. We expect it to be generating more than half of its earnings from these markets in the next two to three years.

Second, we believe that while the new laws will negatively affect the group’s SA volumes in the short term, they are likely to have a mild to positive impact in the long run. With the new laws, labour brokers are going to be jointly and severally liable for adherence to the LRA. Also, employers including labour brokers will have to conform to the principle of equal pay for work of equal value. Contract employees’ remuneration and conditions of employment are required to be equalised to that of similar permanent employees after an initial three-month employment period.

These new provisions are likely to see larger employers preferring larger agencies with sophisticated models, innovation and financial muscle. Such a move will certainly favour Adcorp. We are also likely to see more consolidation in the market.

Considering these arguments while taking into account the undemanding price:earnings multiple of 9, we issue a hold opinion on its shares.

Historically, the market rated Adcorp’s shares on PE ranging from 12 to 16. However, after the recent release of a dire trading statement, its shares price nosedived. We think the current valuations largely price in the group’s subdued outlook.

Disclosures: The analyst has no financial exposure to the instrument discussed. The opinion represents his true view.
For Intellidex’s full disclaimer, methodologies and definitions please click here.