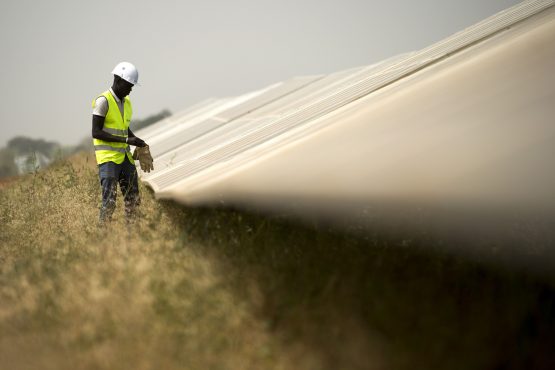 Pele Green Energy plans to expand its wind and solar projects in Africa after raising capital with the help of Investec, a South African and UK specialist bank.

The first round of financing was arranged through a preference-share funding arrangement that will invest in project equity and working capital, Pele Green Energy co-founder Obakeng Molabi said in an interview, without disclosing the amount. It had taken Pele almost two years to find a financier.

“With this new deal, Investec is funding Pele at a group level which is unique, as banks usually fund into projects, rather than fund into companies,” he said. The companies extended their relationship after working together on a Mozambique project.

Investec is providing acquisition funding to help Pele increase its 35% stake in the 36 megawatt Touwsrivier concentrated solar project in the Western Cape, said Andre Wepener, the lender’s head of power and infrastructure finance. It will help supply Pele with all its financing needs as they come up.

Pele plans to invest and increase its equity in a wind-farm project currently being built, and is preparing to bid on a 2 000 megawatt emergency renewable-energy program around August. It also plans to participate in the fifth round of South Africa’s Renewable Energy Independent Power Producer Procurement Program, expected in 2021.

There has been a strong focus in Africa’s most industrialised country to boost renewable energy, with large companies and banks coming into the country to invest in the sector.

“In the previous bidding rounds we managed to secure six projects, without a financing partner,” said Pele’s other co-founder, Gqi Raoleka. “When the next round comes, we now have a big lender behind us that will enable the company to look at double the amount of projects we did previously.”

The Italian renewable energy company Enel SpA also recently said it is looking for a financing partner for its Africa business.