Investec makes key leadership changes as it looks to the future

SA stocks rally to record as Tencent surge boosts Naspers
[TOP INTERVIEW] The worst appears over for SA banks
Anglo vs BHP: Which one to add to your portfolio?
CLICK THIS COMPANY MORE COMPANY NEWS SENS
INVPLC 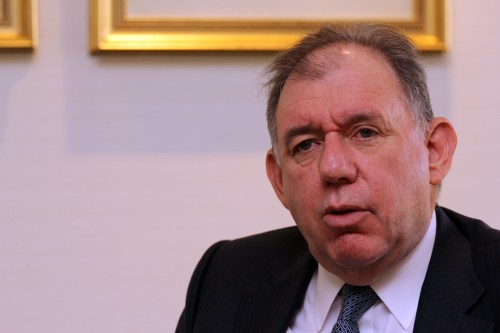 “We’ve put in a leadership team to run the Specialist Bank, which is important going forward, allowing Bernard and me to focus on strategy, staff, clients and the overall portfolio of our organisation,” Koseff said via a media conference call shortly after the release of the group’s interim results.

Hendrik du Toit and Steve Elliot have respectively been leading the Asset Management (AM) and Wealth and Investment (WIM) businesses for some time, while Koseff had been head of the Specialist Bank.

On Thursday Investec announced that Ciaran Whelan and David van der Walt have become joint heads of the Specialist Bank. Whelan will focus on private banking and Van der Walt on corporate and institutional banking, while retaining his position as CEO of Investec Bank plc.

In South Africa, Richard Wainwright has been appointed CEO of Investec Bank Limited (a position also formerly held by Koseff) and, together with Glynn Burger, joint geographic head of South Africa.

Jonathan Wragg and Henry Blumenthal remain responsible for WIM in the UK and South Africa, respectively.

“The issue is to navigate from a founder culture to a corporate culture,” Koseff told Moneyweb in September.

He said on Thursday that the business is well positioned for the future, with a mix of businesses and markets enabling it to deliver strong results despite challenges.

For the six months to September 2015, Investec grew ongoing operating profit (excluding losses on its UK legacy business and the sale of businesses in the UK and Australia) by 16.5% to £315 million (R6.8 billion) – a 22.2% increase on a currency neutral basis.

Results were negatively impacted by the 8.2% depreciation of the average rand:pound sterling exchange rate over the period, Investec said.

Return on equity for the period was at 14.8% on an ongoing basis, in line with the target Investec set some years back, Koseff said.

Most pleasing was the progress made in its Specialist Bank business, he said. The division recorded a 29.1% climb in operating profit to £229.2 million (R4.95 billion), benefiting from a growth in loan books and increased client base.

Both the AM and WIM businesses reported profit below the previous period, declining 8% and 0.5% respectively. This was largely as a result of investments into developing digital offerings, international expansion and the hiring of new staff, Koseff said.

The businesses together reported net inflows of £4 billion (R86.4 billion) over the period.

“The UK businesses are starting to deliver on potential. If economic conditions remain favourable, we are comfortable that we will continue on our strong growth trajectory,” Koseff said.

“The South African market is challenging but there remain opportunities in our target market.”

Investec declared a dividend of 9.5 cents per ordinary share, an 11.8% increase on the prior period.

“These are a strong set of results in a volatile half year and off the back of some difficult strategic decisions we made two years ago. Those have all been executed and now we can concentrate on building the business. We feel very confident about where we are at this point in time,” said Koseff.

Methinks you should also devote some of your time on the ”Randgold Minority Shareholders ” claim of ZAR 1,3 billion against Investec as reported on extensively in the media by Barry Sergeant!

The North Gauteng High Court approved the locus standi of more than 95 % of the applicants, and from what I have seen that is out in the public domain, my view is that you will be fighting a losing battle!

I also read Barry Sergeant’s book “The Kebble Collusion” and he devoted an entire chapter to audit firm KPMG’s involvement in this scandal. I don’t know if they will be defendants as well, but if they are, I guess they will also have to free up some resources to prepare.

My view is also that, Barry Sergeant wrote a ”plethora of articles” on the shenanigans of Investec’s David Nurek, JCI’s Peter Gray and Randgold’s Marais Steyn. Methinks that they will have to answer to a ”uncontested” forensic report”, that carried details of Kebbles’s fraudulent genius.

Investec will hence have their hands full to to prove/deny that the extraordinary ”scrip lending” transaction entered into between their UK branch and JCI, were not collateralised with the 5,46 million stolen Randgold Resources shares. Investec’s constructive knowledge pertaining to these transactions etc., will in my view , bite them in the @rse, when the ”merits case” is heard in the High Court!