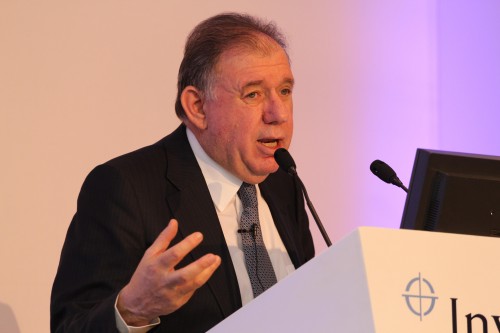 Investec Plc plans to raise as much as 145 million pounds ($209 million) by selling equity to buy back preference shares it and other South African banks issued about a decade ago, mainly to fund transactions aimed at boosting black ownership of the economy.

The offer involves placing up to 30.87 million ordinary shares in the company in an accelerated book build being arranged by JPMorgan Chase & Co, Investec said in a statement on Thursday. Once the cash is raised, Investec expects to pay 5.70 pounds for the sterling preference shares and R100 for the rand preference shares plus amounts for unpaid dividends, it said.

“It is an appropriate time for us to make the tender offer for the preference shares,” chief executive officer Stephen Koseff said on a conference call. The transaction, which takes place as preference shares get phased out as capital instruments over the next two years, will have a positive impact on the company’s core equity Tier 1 ratio, he said.

A decline in capital adequacy ratios, and pending rule changes on how cash is measured which banks need to set aside, are prompting lenders to review the status of preference shares, which typically have priority in the payment of dividends. Financial institutions including Standard Bank Group and FirstRand issued about R22 billion ($1.4 billion) of preference stock between 2004 and 2007 to fund the sale of stakes to black investors to make up for discrimination during apartheid.

Under Basel III regulations, the shares will no longer be defined as core Tier 1 capital. As lenders try to boost their capital levels to meet the new benchmarks, they can buy back and cancel the shares or swap them for new instruments.

The buy back will be done at a “significant premium to the price on the Johannesburg Stock Exchange and the Channel Islands,” Koseff said, adding that the preference shares trade at about R96 and 4.50 pounds apiece. Investec, which trades its stock in London and Johannesburg, owns a bank and money manager in South Africa and the UK.

While the likes of Standard Bank is waiting for the central bank to publish a final framework before considering what to do with its preference shares, other South African lenders including Nedbank Group and Capitec Bank Holdings have begun to buy back the instruments.

Investec’s buy back, which still has to get shareholder approval at the annual general meeting, may lift the group’s common equity Tier 1 capital ratio to as much as 11.2% from 9.7% as at the end of March, according to the bank.

Investec and the Panama Papers

Investec and the Panama Papers