The Design Quarter retail and office complex in Fourways has been hit by the closure of Edcon's Boardmans store as well as the Bakos Brothers furniture outlet. Image: Suren Naidoo, Moneyweb

Investec Property Fund (IPF), which counts The Firs, Design Quarter and Newcastle Mall as part of its South African portfolio, advised the market in a pre-close presentation on Tuesday that its half-year distributable earnings are “expected to be down 30% to 35%”.

As the group’s financial year ends in March, the first half of its current financial year coincided with the initial Covid-19 hard lockdown in South Africa, which severely affected trade at its retail centres and operations within its office and industrial properties.

Speaking during the pre-close presentation, IPF’s joint-CEO Andrew Wooler noted that the Covid-19 impact was effectively “experienced over the full six-month interim period” of the group (April – September).

He said distributable earnings for the period have been impacted by Covid-19 concessions largely for affected retail tenants, together with business rescues and insolvencies as well as bad debt provisions in South Africa.

Edcon, which failed to pay rent during the initial lockdown and subsequently filed for a business rescue process, was cited as one of the contributors to the decline in earnings. It had already given up its old Boardmans store space at IPF’s Design Quarter property in Fourways.

The fund’s executives did not want to mention tenants that have gone out of business.

However, a high-profile insolvency that hit headlines this year was upmarket Joburg-based furniture group Bakos Brothers, which also had a store at the Design Quarter complex.

According to IPF, debts written off due to business rescue and insolvency amount to R55 million for the year to date.

The group anticipates a like-for-like base net property income decline in its South African portfolio of 25-30% – effectively being between R175 million and R210 million lower for the interim period. It reiterated that the decline is driven by rental concessions granted, business failures (including Edcon) and “increasing vacancy amidst a challenging leasing market”.

Its South African portfolio of more than 90 properties, which makes up around 64% of its overall balance sheet, is expected to see vacancies rise from around 3.5% in March to around 10% by the end of its interim period. However, it noted that around 5% of the vacancies are currently under advance negotiations.

While IPF’s South African portfolio performance is the main contributor to the group’s expected earnings dive, its UK portfolio is also affecting the numbers. IPF has excluded any UK dividends from the group’s overall distributable earnings “until there is certainty of this being declared”.

Wooler said the group is taking a “conservative approach” in terms of a UK dividend, while pointing out that its properties in the UK only make up around 4% of IPF’s overall portfolio.

The weaker performance of its South African portfolio is partly being offset by what it describes as a “positive performance” of its Pan-European Logistics (PEL) platform, which is showing “accretive” benefits.

“We are expecting an improvement in the core portfolio and offshore logistics assets into the second half of the year as lockdown restrictions have eased and new lettings improve across the portfolio.” The Rhine is western Europe’s most important river for the transport of fuel and other industrial goods. 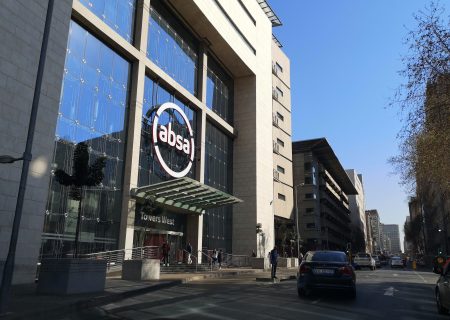