It seems all bets are off in this crazy world

But perhaps some things will play out as expected. A look at Steinhoff, WallStreetBets, Sygnia and PPC.
By Ann Crotty 1 Feb 2021  00:01 Stock markets across the globe seem to have lost touch with their fundamental purpose and are now little more than high-tech casinos. Image: Shutterstock

Steinhoff’s relatively dramatic – by Steinhoff standards – surge in share price has prompted speculation that something similar to WallStreetBets’s frenzied trading in GameStop might be on the cards. It seems unlikely, but then again when you’re looking at a phenomenon that propelled a share that was valued at $4 less than a year ago to a recent high of $492, it’s probably unwise to make any sort of firm statement.

Nevertheless it’s difficult to see a move on Steinhoff, even though it is listed here and in Frankfurt, being able to rustle up the sort of sustained interest that has kept the GameStop party going for so long. Whether the WallStreetBets phenomenon is anything more than a distraction from the grim tedium of the global Covid lockdown will take a few months to work out.

But it’s fun to hear both sides – the Wall Street hedge funds and the small investors – claim the moral high ground.

As always, the sides have become blurred as many large hedge funds have made money by piggy-backing the WallStreetBets’s trades. And it appears that, unbeknownst to the small traders, many of the hedge funds have been helped by their use of the Robinhood trading platform.

Those of us old enough will recall the outrage sparked when short-sellers emerged to threaten the establishment back in the 1990s. Whenever there’s a chance to make or lose oodles of money, morality is not really in the mix.

The founder of WallStreetBets, 39-year-old Jaime Rogozinski, happens to be the author of a book called ‘How boomers made the world’s biggest casino for millenials’. The book, published a year ago, tells the story of how the US stock market and, by extension stock markets across the globe and the financial system, have lost touch with their fundamental purpose. These markets are now little more than high-tech casinos.

The only difference between today’s millenial traders and the formal Wall Street investors is that the former don’t disguise the nature of the business and are happy to talk in terms of casinos and gambling.

If the US Securities and Exchange Commission is going to wade into the battle it should probably first familiarise itself with the contents of Rogozinski’s book.

On the matter of difficult-to-understand situations, what was the point of Sygnia blocking the media from attending its AGM last week?

According to a CityWire story the asset manager, run by its high profile CEO Magda Wierzycka, initially told their journalist the meeting was open. But days later the journalist was informed it was closed to non-shareholders. CityWire said Sygnia’s marketing manager Cher Leetjer wanted to ensure that shareholders, the board of directors and management were alone to discuss company affairs and vote on meeting resolutions.

Fortunately the determined journalist managed to find out that quite a lot transpired at the meeting, including the resignation of director Andre Crawford-Brunt due to pressure from minority shareholders. The pressure relates to ongoing concerns about the relationship between Sygnia and UK-based Braavos Investment Advisers which was established by Wierzycka and Crawford-Brunt in 2019. The minority shareholders are particularly concerned about the flow of fees and other payments between the two entities and complain that these are not always clearly disclosed.

So next January Moneyweb will have to splash out on a Sygnia share to ensure we can attend its AGM.

How did someone as media-savvy as Wierzycka appears to be think blocking journalists might be a good idea? It’s because it is so easy to sidestep such blocking efforts that few companies bother to do so these days. Also, most companies prefer to parade their ‘open’ credentials. MTN made a half-hearted, albeit effective, attempt to prevent the media attending its AGM last year.

Listen to Ryk van Niekerk’s interview with Wierzycka about SA’s procurement of the Covid-19 vaccine (or read the transcript here):

Earnings per share for the six months to end-December are expected to more than double despite a 10% decline in adjusted earnings before interest, tax, depreciation and amortisation. A number of “notable non-cash adjustments” helped significantly, as did a tougher stance on cost containment.

While shareholders will cheer signs of improvement they may be a little wary of large chemical companies’ efforts to cut costs. Residents of the Gulf of Mexico are still living with the results of BP’s cost-cutting, 10 years after the deadly explosion at Deepwater Horizon.

Anyone who has followed the travails of cement producer PPC over the past 10 years or so will have been stunned by the contents of this week’s Financial Mail story. Many might have expected the new dominant shareholder Value Capital Partners to look at putting the group’s ‘malus and clawback’ provisions into play.

After all the relatively long-serving chief financial officer Tryphosa Ramano did oversee a particularly grim period in the group’s history, a period for which she was generously remunerated. Not only were the results poor for much of this time but in recent years parts of them had to be restated due to “material errors”.

In its delayed financial 2020 results Deloitte issued a damning audit report and said there had been a material breakdown in controls over financial reporting.

Surely there was enough here to trigger a clawback provision? You’d think so, but no. According to the FM story, PPC is paying Ramano, who left the group at the end of calendar 2019, a hefty fee each month for a few hours work a day. It turns out the work doesn’t even have to be done and she’ll still receive the fee.

Remember that when you next read about a ‘malus and clawback’ provision in an executive remuneration policy. They are a contrivance used to make the rest of us think executives are held to account.

PPC, sinking ship with insider understanding to milk company for everything before it goes bust/re-organised.

Aye, do I smell a bit of transfer pricing with Sygnia?

Maybe this Reddit crowd can do something about Aspen, most useless stock ever.

Magda has done very well out of her high-profile investment career, currently said to be worth about a billion Rand.

Not bad for a Polish refugee .. but not one to be crossed, I think.

Why didn’t you buy a few Sygnia ETF’s to guarentee entry Ann?

… but we don’t have the volume of crazy YOLO’s (You Only Live Once) millennials who got $1200 from the Fed for being off work and want to have some fun spending it. Here you get R350 to keep your family from starving. 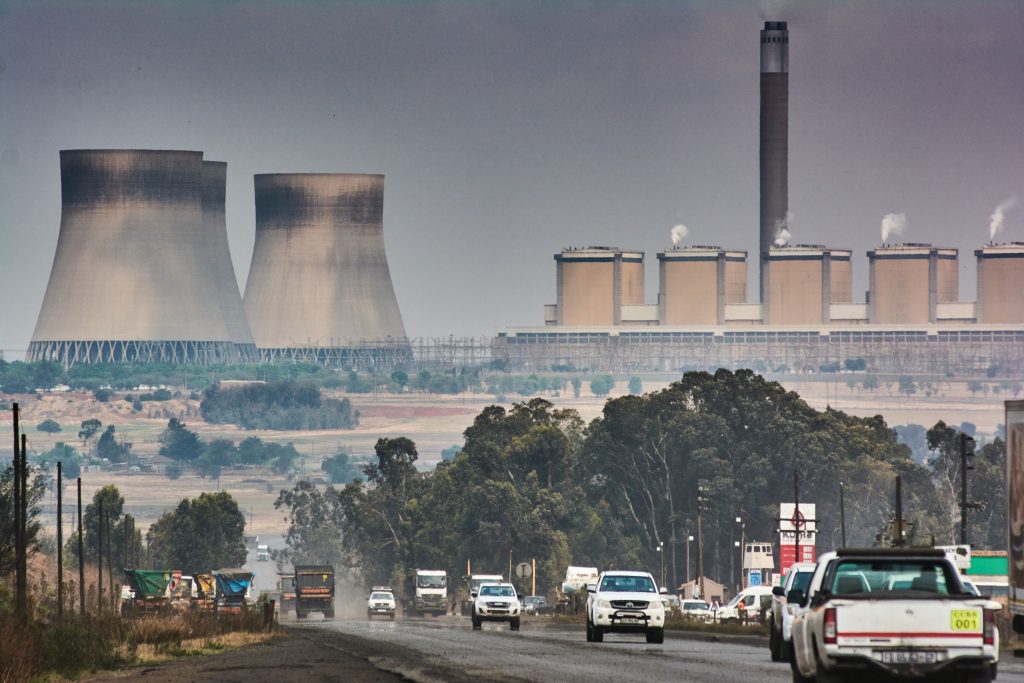 The regulator and Eskom have brought a number of disputes to court over what the company can charge for electricity.