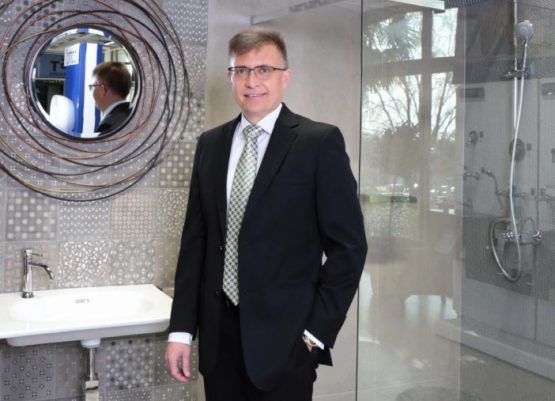 Jan Potgieter CEO of JSE-listed tile, bathroomware and home-finishings giant Italtile, will retire at the end of this year and will be emigrating to Europe, the group announced in a Sens statement on Monday morning.

Potgieter, a former Massmart executive, has been with Italtile for eight years. He joined the owner of Italtile, CTM and TopT stores as COO in 2014, before being appointed CEO in 2016.

Italtile says Potgieter will remain on the group’s board as a non-executive director.

Potgieter is also a current board member of JSE-listed property fund, Fortress Reit.

Lance Foxcroft, CEO of Italtile subsidiary Ceramic Industries, will be appointed group CEO with effect from January 1, 2022. However, he will assume the position of CEO-designate on July 1, 2021. “The board thanks Jan for his tremendous contribution to the business over the past eight years …. It has been a privilege to work with Jan, and we are sorry to be announcing his departure,” says Italtile board chairman and founder, Gianni Ravazzotti.

“His decision to retire after decades in the extremely demanding retail sector is understandable and we wish him well. We are delighted that the group will continue to benefit from his expertise in his role as a non-executive director,” adds Ravazzotti.

“Jan’s numerous achievements during his eight-year tenure have established a solid foundation for the business to build on under Lance’s leadership. He has instilled a retail excellence culture which has underpinned consistent and impressive turnover and profit growth, doubled the store network, and ensured our brands are market leaders in their segments,” he notes.

Foxcroft joined Ceramic Industries in 2003 and has held a range of senior management positions in the company prior to his appointment as CEO of the division in 2014, according to the group.

“Lance’s appointment formalises the group’s succession plan which has been developed over the past five years. He has worked closely with Jan over the past four years since Italtile acquired Ceramic in 2017, and the handover period will ensure a seamless transition to a new era for the business,” Ravazzotti points out. Italtile notes that Molefakgotla joined Ceramic Industries in 2004 and was appointed COO in 2016. Prior to that he managed Ceramic’s Vitro and Pegasus tile factories and has overseen the management of Betta Sanitaryware in his current position as COO.

“A key accomplishment is the depth of talent which now exists in the organisation and augurs well for the group’s continued growth into the new era with Lance at the helm. We are confident that Lance is an excellent successor to Jan, as Tshepo is to Lance,” says Ravazzotti.

No doubt more brilliant people will leave and we all know why… but the ANC will continue to play the identity politics imported from the American progressives. Let’s hope that the average South African does not take up the mantle…

Will we get cheaper tiles now?

There are many good professionals to continue, one goes, one more opportunity for another.

I have an EU passport and I am staying, I want to see South Africa do well.

That’s all fine and well since you can simply then climb on a plane if things take a drastic turn for the worst, for the majority of people this is not an option.

Also all of us want to see SA do well, the declining situation in SA is not because rational people or corporates want to see SA fail. SA is failing because it is in the hands of a corrupt political elite who legalises theft and is hell bent on going down the dreaded socialist path, with no prospects of changing said political elite.

I am also just retired but stuck in the new south africa.
How jealous am I now.
Hope you have a peaceful and healthy retirement Jan and family.

Good luck to him.

Sadly, so many great colleagues (young and old) following this route. Fortunately my children are still here.

Mine all left many years ago. No regrets on their part