Italtile: Riding out the retail slump 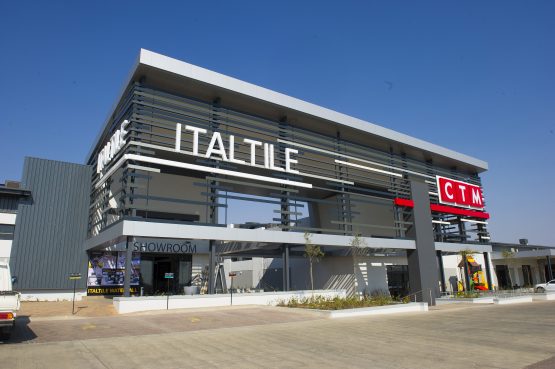 Italtile – the retailer of local and imported tiles, bathroom accessories and other related home finishing products – is one of the retailers built for tough times if its double-digit growth is anything to go by.

Italtile, the operator of brands such as CTM, TopT and Italtile Retail, grew trading profit by 16% to R1 billion for the year to June 2016, on the back of system sales, which accelerated by 14% to R5.9 billion. The retailer’s headline earnings per share increased by 21% to 86.9 cents.

On Italtile’s resilience, CEO Nick Booth says: “One of the advantages is that South Africans are investing in their homes. When people have some discretionary spend, they see spending on their houses as an investment rather than as a luxury.”

Although the market continues to see consumers scale back on purchasing new homes in uncertain economic times, there are signs of green shoots in the home improvement market.

Supporting this is the latest First National Bank/Bureau for Economic Research building confidence index for the second quarter. Although building confidence declined by 5 points to 34 points, FNB’s property strategist John Loos says there is still some life in the residential building activity compared with the struggling non-residential sector.

Another Italtile advantage lies with its something-for-everyone brands, which cater to the LSM categories four to ten.  TopT services the entry- and lower-level market, CTM the middle-income and Italtile Retail caters to the upper-end consumer segment.

Booth says consumers in the lower LSM are proving to be more resilient than those in the higher LSM, who “tend to sit on their hands before making a buying decision”.

Italtile is also starting to count the benefits of its radical business optimisation programme, which seeks to create efficiencies on its back-end operations, vertically integrate its business and enhance the customer shopping experience.

During the period under review, Italtile’s average price inflation, a key metric for measuring the price movement of selected goods, was 6.5%.

Italtile has a sweet spot in the market, as it has a 43% market share of the domestic tile industry. Furthermore, the counter is insulated from the weakness of the rand against major currencies, as roughly 85% of its tiles are locally sourced while its competitors largely rely on imports to compete.

The company sources most of its merchandise locally from Ceramic Industries (a tile manufacturer) and Ezee Tile (a manufacturer of grout, adhesive and related products) – with Italtile having a 20% and 46% stake respectively in both companies. These strategic stakes allow Italtile to get stock at competitive rates.

Italtile recently approached the Competition Tribunal to review its merger with Ceramic Industries, to buy out the company, which was stopped by the competition authority for potentially creating too much overlap in the industry.

Italtile continues to expand its retail footprint, as it opened 20 new stores (mostly Top T stores) during the period, bringing the number of its stores to 146 in Southern and East Africa. About 15 stores are planned for the next financial year.

Italtile declared a dividend of 29 cents.