JSE has yet to decide whether to take action against Sygnia

Sygnia’s belated compliance with the JSE requirements may raise questions over governance at the asset manager.
By Justin Brown, Citywire 13 Aug 2021  00:01 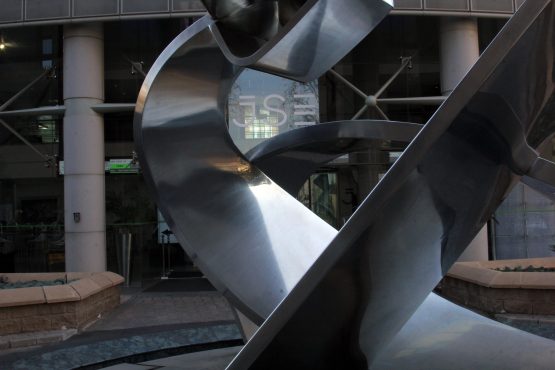 Protea Capital Management raised the issue about Sygnia’s failure to address the related party agreements in an email sent to the JSE in June last year. Image: Moneyweb

The JSE has yet to decide if Sygnia’s tardy compliance with JSE listing requirements governing related party transactions justifies any sanction.

The matter concerns rental leases entered into by Sygnia Asset Management with two entities, Beret Properties and Widok Properties. Sygnia’s founder and executive chair, Magda Wierzycka, is a shareholder of Sygnia via the Zatoka Trust, which owns the two property companies.

Wierzycka and her husband, Simon Peile, are the sole directors of both property companies and own at least 60% of Sygnia.

Sygnia’s belated compliance with the JSE requirements may raise questions over governance at the asset manager. This is particularly pertinent as Sygnia discloses several related party transactions in its financial statements.

The company has more than R278 billion in funds under management and administration. It has a market value of R2.5 billion.

A JSE-listed company is required to comply with four conditions before completing a small related party transaction:

Sygnia entered into the leases with the two property companies in March 2018 and March 2020. However, the asset manager only presented its shareholders with an independent professional expert opinion covering the leases on 20 July this year – more than three years after the first lease commenced.

JSE’s director of issuer regulation, Andre Visser, told Citywire South Africa that JSE-listed companies must inform the bourse in writing of the details of small related party transactions before the completion of such transactions.

“We have been and are continuing to engage with the company and its sponsor on this matter,” he said in an email.

Citywire South Africa asked the JSE whether it believed Sygnia significantly breached JSE listing requirements and if it would impose any sanctions.

Visser replied: “The JSE cannot comment on this aspect until such time that it has finalised its engagements with the company and their sponsor.”

Standard Bank has been Sygnia’s JSE sponsor since May 2019.

“A monthly rental value and rental escalation rate are, in most lease negotiations, a matter of debate and negotiation,” he said in the report

The fairness opinion shows that Sygnia Asset Management planned or entered into leases with Beret Properties and Widok Properties at the following buildings:

These leases are worth about R15 million per annum before Vat.

Lazanakis found Sygnia concluded the lease agreements at a 5% premium to market-related rentals. That equates to an extra R750 000 before Vat.

“We believe that a variance of 5% regarding monthly rental value is within market-related ranges,” he said.

The report indicates that Sygnia planned or entered into the leases with annual escalations of 8%. This figure compares to local office property rental escalations of about 7% at the moment, while the rate was near 8% a year ago, according to Rode & Associates managing director Erwin Rode.

In an emailed response to Citywire South Africa’s questions about the related party transactions, Sygnia’s company secretary, Glen MacLachlan, said: “Without replying to each of your questions individually, we can confirm that Sygnia disclosed and discussed all of its related party lease agreements with the JSE during 2020 and 2021.

“The JSE approved the independent fairness opinion produced by BDO, and the transactions have been announced to shareholders as required.”

MacLachlan did not explain why it took more than three years for Sygnia to get an independent fairness opinion for the leases entered into in 2018.

Protea Capital Management, which holds Sygnia shares on behalf of its clients, raised the issue about Sygnia’s failure to address the related party agreements in an email sent to the JSE in June last year. Protea’s CEO, Jean Pierre Verster, confirmed this.

Verster raised the issue at Sygnia’s annual general meeting on 28 January this year. Sygnia barred the media from the meeting, allowing only shareholders to attend. Citywire South Africa gained access via a source.

Protea’s question read: “Sygnia’s pre-listing statement indicated that the related party rental of offices expired during 2020. No public announcement has been made regarding new lease agreements. Please share what transpired with this matter.”

In his response, Sygnia’s MacLachlan acknowledged that the related party lease agreements expired in 2020.

I always thought that this “Lady”(read Magda), “doth protest too much”

My experience in life has been that where someone loudly and publicly casts aspersions on others, that person’s own business warrants scrutiny…

Says the guy casting aspersions. What are YOU hiding?

Seems like ya’ll are making a mountain out of a molehill or am I missing something?

The cubicle brigade can’t handle that a female made more than they can dream out. Out of nothing.

This is no molehill – compliance and governance issues of this magnitude need serious investigation and hard questions asked on ethical business transactions.

Tellthat to all the shareholders in Tongaat, EOH to name but a few!

The problem is that you’d think someone who cares about governance would err on the side of caution in such matters.

If i was a shareholder i would raise an eyebrow.

But with a 71% per annum return in the share price over the three years this article is covering i say let magda do what she likes!

She owns the company so everyone else is a tag along anyway.

Also can the JSE afford another company to delist?

All good WHILE it is shooting the lights out. It is suddenly when it possibly isn’t due to some (borderline) compliance issues that trouble starts a la Steinhoff, Tongaat etc. Rather play by the rules, not just the scoreboard (ask Rassie Erasmus).

I am a shareholder, I did raise an eyebrow, and will be happy to go along for the ride as long as I get a return of 20% or more per annum. Similarly, I am happy for Bob van Dijk to continue doing his thing having bought in 16 years ago. But I did get stung taking that same attitude with Steinhoff even though I had bought in at under R10.00. Caveat emptor!

Agreed people losing their minds over some late paperwork is ridiculous.

It is no secret that Magda owns the property Sygnia leases, it never has been.

Oh for goodness sake ….how pathetic to pursue this company on such flimsy evidence. Where was the JSE when Tigon, Tongaat and Steinhoff robbed its clients? Talk about low hanging fruit. Give up this pathetic attempt at trying to appear that you care – it’s sadly smacks of Misogynism and sour grapes!

Magda has been on her high horse about governance forever, shouting at the likes of Resilient from the rafters. She stopped short of publicly calling a lot of people criminal many times, causing lots of damage and harm in the process.

I have absolutely no time for her. Hypocrite of note. She deserves all the wrath of shareholders, asset managers and JSE coming her way – and I hope it is plenty.

She likes herself too much as well – always catches up with one in the end that.

Looks like u need a vote !! Better give yourself one ;

The fact that the JSE cannot or will not take quick action or resolve it one way or another reflects badly on the JSE. The Sygnia transaction is a “small” related-party issue, with some shades of “grey governance”, and almost negligible consequence. And the family own more than 60% of the shares anyway. So outside shareholder losses might be just 40% of any value.

Magda has criticized the JSE in the past for poor oversight (and she was right). Perhaps Sygnia has deliberately overstepped the boundaries just to challenge the JSE. The real problem here is with the JSE, and this really highlights it.