Naspers and friends still rule the roost in the index, indicating that investors should look a bit wider than only tracking the Top 40.
By Adriaan Kruger 18 Oct 2019  00:03 Even after the spin-off and listing of its internet assets on the Euronext, Naspers remains the largest company on the JSE by market cap. Image: Jasper Juinen, Bloomberg

Investors and asset managers should have expected that the separate listing of Prosus on the Euronext stock exchange in Amsterdam would not make a big difference in the large weighting of Naspers in the JSE Top 40 index.

And it didn’t, due to the fact that Naspers still holds more than 70% of Prosus.

In addition, more than 92% of Naspers shares are included in the so-called free float that is used to calculate the weighting of shares in the index. This gives Naspers a weighting of nearly 17% in the index, with Prosus adding another 3% and MultiChoice nearly 1%. Together, these Naspers companies still account for 20.7% of the Top 40.

The result is that Naspers – with a market capitalisation of R1 008 billion – has a weighting of 16.8% in the index, while BAT (worth R1 235 billion at current share prices) is afforded a weight of only 2.5%.

Read: How the Naspers unbundling affects your index-tracking fund

It gets even stranger. Anheuser-Busch InBev, by far the largest company on the JSE by market capitalisation (more than R2 315 billion), is not even included in Top 40, as the number of shares on the SA register available to local investors is very small compared with other companies.

The same anomalies are found elsewhere in the JSE Top 40. For instance, Sasol has a weight of 2.6% in the index compared with Vodacom’s 1.3%, despite the fact that Vodacom is much bigger as measured by market capitalisation.

Grouping the companies in the index by industry sector shows what exposure an investor would get in a tracker fund or investing in the Satrix 40. Mining and resource shares comprise just more than 32% of the index thanks to the strong performance of the shares during the last few years.

Large conglomerates – including Naspers, Bidvest and Remgro – are second, with a weight of 24%. Companies reliant on consumer spending are next at 22%. We included retailers, cellular groups and food producers in this category.

Source: Based on JSE data

The performance of different sectors during the past few years and the mathematics behind the calculation of any index based on market capitalisation, show that a pure tracking portfolio might be fraught with problems. In effect, the index mirrors past performance in that companies that enjoyed strong or spectacular growth will now have a big weight in the index.

Investors would thus weigh their investments towards companies that have already performed, while opting for lower exposure to companies with lower value without taking their future prospects into consideration.

Being the biggest now is no guarantee for next year’s performance.

This will be akin to buying high and selling low.

A case in point is that a new investor in an index fund would now put 24% of their money into mining and resource stocks and only 2.7% into property if the fund manager follows the Top 40. They will put nothing into beer and only 0.9% into Woolworths, a share that might offer the potential of a strong recovery.

In short, investors could end up with a less than an optimum portfolio.

It also once again opens up the debate on the value of portfolio managers, their analysts and the idea of searching for the next big winner on the JSE before it starts to run and – so they hope – rises to the top of the index.

Lastly, the foreign exposure of top companies is interesting.

Given the decline in the value of the rand over the last ten or 20 years, most of the top companies are the huge international groups (huge in rand terms) and those that earn foreign currency.

International groups and resource companies with hard earnings make up more than 60% of the companies in the Top 40 index, based on the free float calculation. Another 9% can be seen as both domestic and international companies, such as MTN and Woolworths. The other 30% or so comprises banks and local retailers with exposure largely limited to the domestic market.

Why don’t the AM go through the list and give us a number of how many of the 40 on the list they would put their OWN money in.

Everybody free to participate.

Although I can find better things to do with money offshore I can probably stomach a total of :

MMMM I beat you by one …..16. The others i wouldn’t touch. Then again in this type of market I wouldnt touch smaller companies YET!

Petri Redelinghuys of Herenya Capital on the Nasdaq and S&P500 charts as well as the Top40 looking weak. OneLogix CEO Ian Lourens on its first profit decline in 11 years. Dean de Nysschen of Glacier on not trying to time the rand when investing offshore. 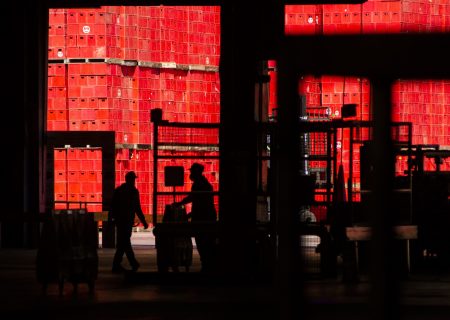