Sasol’s AGM becomes an inquiry into its environmental and labour practices.
By Ciaran Ryan 19 Nov 2018  00:09 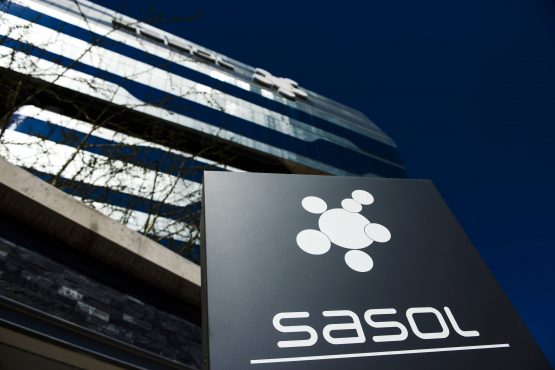 It was a brutal trial for Sasol, and a portent of AGMs to come. Photographer: Waldo Swiegers/Bloomberg

Sasol’s annual general meeting at the Sandton Convention Centre started off sedately enough until group chairman Mandla Gantsho attempted to limit the number of questions from the floor.

Judge Kathy Satchwell leapt to her feet and, microphone in hand, let rip at the board for trying to wrap things up with obvious haste so they could retire for lunch. “This is the one opportunity in the year for shareholders to ask questions and you are limiting the number of questions. I know you want to rush off to lunch, but you can stay where you are until we are done.”

Gantsho asked her to sit down, but Satchwell, representing the Raith Foundation, wasn’t having any of it. “Judge, please sit down – you will get your chance,” said Gantsho. Satchwell’s microphone went quiet but she continued lambasting the board regardless.

Gantsho asked for a moment’s silence for the four Sasol workers who died in the last financial year. When Satchwell again got the microphone, she asked whether any of the directors had visited any of the injured, whether they attended their funerals of those who died, and whether they would donate any of their bonuses to improve safety. “I realise your lunch is waiting,” she added.

Shareholder activist Theo Botha questioned why the group’s key performance indicators gave such a low weighting to fatalities. Sasol replied that weightings were higher at the operational level.

Company secretary Vuyo Kahla said that senior management members visit the scene of all fatalities and assess what can be done to help the families of the deceased. Joint president and CEO Stephen Cornell said the company now tracks the severity of injuries and has introduced stringent safety rules to prevent further deaths. Because most work-related deaths are the result of collisions with machines, proximity detectors are being installed to shut down machines when they get too close to humans.

Then it was the turn of Christine Reddell from the Centre for Environmental Rights (CER), who asked why the 2018 financial statements reflect a R1.4 billion reduction for rehabilitations costs, and whether this had been approved – as required by law – by the Department of Mineral Resources (DMR). Sasol replied that the figure had been adjusted downwards due to changes in legislation, a revised discount rate and new rehabilitation methods.

Reddell challenged the board on this, asking what legislative changes they were referring to. She also asked to see the methodology applied. The concern of environmentalists is that rehabilitation funds, which are cash set-asides supervised by the DMR, are seen as a ready source of cash by companies in need.

Tracey Davies of Just Share, a shareholder activism group promoting more responsible corporate citizenship, pointed out that Sasol is a major greenhouse gas (GHG) emitter. “After Eskom, Sasol is South Africa’s biggest GHG emitter,” she said. “In 2018, Sasol’s total GHG emissions were over 67 megatons, more than the combined GHG emissions of the next 30 biggest emitters on the JSE that publicly disclose their carbon emissions. Sasol is therefore significantly exposed to climate transition and liability risks.”

The 2018 integrated report does not mention climate transition or liability risks, added Davies. “It only mentions climate change in the context of other environmental sustainability risks and talks vaguely about improved disclosure. These reports do not mention that all credible modelling shows that Sasol’s Secunda plant must be decommissioned long before 2050 if SA is to meet its climate commitments, and that Secunda is therefore at serious risk of becoming a stranded asset.”

Sasol disputed that Secunda would have to be shut down before 2050. One activist wanted to know why Sasol was such a renowned air polluter, a claim challenged by joint CEO Bongani Nqwababa: “I must push back on that,” he said. “We comply with World Health Organisation guidelines on air, so I would want to see your stats. It’s not the case [that Sasol is an air polluter].”

Another shareholder wanted to know what Sasol is doing to clean up the contaminated water supply in the Vaal Triangle. Kahla replied that the company is engaging with the SA Human Rights Commission to solve the problem.

Friends of the Earth Mozambique wanted to know why Sasol, after 16 years in that country, has only created 300 permanent jobs. Nqwababa replied that 96% of staff in Mozambique are locals and that in addition to the 300 permanent employees, the company has built 15 schools and clinics, all staffed by people on a living wage.

All in all it was a brutal trial for Sasol, and a portent of AGMs to come. Who would want to be a company director when subjected to this kind of microscopy?

About time…. these people (company boards) usually treat shareholders like fools. You want to be a director then you must accept this. An AGM must not be a “rubber stamp” of a few special resolutions.

It’s long overdue that directors of listed entities get their senior management to follow through on compliance-, environmental- and people issues. To earn these massive remuneration packages of literally several millions of Rands per annum, the CEO and senior management have to perform on these issues that impacts on the broader community and the public at large.

“Who would want to be a company director when subjected to this kind of microscopy?”

Well, I’m not sure if it is microscopy. It’s all about accountability….as distinct from responsibility. People in leadership positions need to understand that thoroughly. Government is beginning to get a better grasp on that through the Gupta Leaks tragedies unfolding at the Zondo Commission. And now it’s time for the greedy vultures in business to realize that being in a leadership position means being held accountable not only to shareholders for profits but to the broad community for the totality of the manner in which the business is conducted.

Abusing your position of power to satisfy your greed will not be tolerated. Earn your keep before rushing off to lunch I imagine is what the good judge was claiming.

I found that question hilarious, anyone who wants to get paid millions of rands is the answer.

Boards & exco should absolutely be prepared for all of these sort of questions, the annual report should also have this information already.

I haven’t seen their annual report but if there was a reduction in the rehab reserve by 1.4bn with limited info then that is a very suspect thing to do. You don’t just change discount rates unless there is a very good transparent reason and I would also be interested to hear what legislation changes they are referring to.

Let as director try that arrogance in London or New York and I suspect he/she will get the proverbial boot up the bum, negative press, a difficult “please explain” meeting to institutional stakeholders and a drop in share price if inadequate. SASOL’s cosy, subsidised, monopoly in SA protects the directors, just like at Eskom, Transnet etc.

Interesting that it’s all women challenging the powers that be on the Environmental issues.. Are men in business just not concerned about the future of the planet? Very short term thinking in my view…without a planet theire will be no businesses, no sharemarket no nothing. Not really worth ignoring just for a short term gain.

Gross generalization which is quite frankly offensive.

There are plenty of people across demographics that are very interested in protecting the environment, just because one AGM had a woman does not mean only woman are interested in that.

Spare us the virtue signalling.

Sasol and Discovery are the new clots on the block with racially based policies instead of equal opportunity for all and advancement based on merit. The history of the South African failed state will one day record such defining missteps.

To be fair, Disco is not doing anything special with their BEE deal. They just advertised it and opened it up to the public which was a marketing mistake. I don’t agree with BEE being around anymore in general. Sasol the same really, it’s just a racist policy which they have to adhere to.

Discovery made more than a marketing mistake. The offer of shares to non-whites is blatant discrimination when those targeted are not in need of money. The average Discovery bank client is bound to be quite well off – the bank’s target market is squarely upper middle class.

Discovery would do better by donation shares to a worthwhile foundation

“After Eskom, Sasol is South Africa’s biggest GHG emitter” – this is probably so because of past attempts to dodge questions (an early lunch?) such as those raised, to hold top management accountable.

No, it is because they produce fuel and chemicals from coal. You do not do that without pollution.
A better line of argument would be to compare them to their global peers, unless you think that we should not produce fuel or use plastics.
Perhaps the Sasol detractors should write to their pension fund managers and instruct them not to hold Sasol on their behalf if they feel strongly about these issues? They could also stop using electricity supplied by Eskom.
I hold a few Sasol shares (1% of my discretionary portfolio). This will be closed out shortly – not because of ECS concerns but rather due to ZA risk.

And after it was all said and done, they still went for lunch – tell me I am wrong