The terminal building of the new international airport on the remote island of St Helena pictured during an earlier stage of construction. Picture: Supplied

The rescue of listed group Basil Read’s construction business has run into “significant challenges”, including the withdrawal of R40 million in post-commencement financing, lower than expected revenue, and slow progress in the sale of non-core assets.

These challenges – together with unreliable company forecasts, accounting and information systems – might result in changes to the business rescue plan.

This was the message from business practitioners (BRPs) John Lightfoot of Matuson & Associates and Siviwe Dongwana of Adamantem in a third progress report submitted to the Companies and Intellectual Property Commission (CIPC) in December.

The BRPs said that if necessary they would revert to creditors about the changes early in January, but as far as Moneyweb can determine this hasn’t happened so far. The BRPs were not immediately available for comment.

Basil Read applied for voluntary business rescue for its construction business in June last year, and trading in its shares on the JSE was suspended. At that stage the share price was a mere 4c.

In August, creditors approved a business rescue plan that could deliver a business rescue dividend of 8c in the rand to concurrent creditors within 12 months, according to the BRPs. That was better than 5.4c if the business went directly into liquidation in June, they said.

Read: ‘Basil Read can be rescued’

They also proposed that the concurrent creditors be converted to preference shareholders to whom further business rescue dividends could be paid from distributions received from the retained businesses.

At June 30 last year the company’s total assets amounted to R2.3 billion and claims of R1.5 billion were submitted by creditors.

In its third update the BRPs said many creditors from before the business rescue have not yet submitted their claims. They extended the November 20 deadline for submissions to the end of this month.

Describing their significant challenges, the BRPs said the post-commencement finance was only finalised in September, four months after the start of the business rescue process. This limited activities on the 43 active construction sites at the time, which resulted in lower cash inflow.

They say the available post-commencement finance was largely consumed by fixed costs, which does not generate revenue.

To add insult to injury, settlement talks with the St Helena government about construction of the island’s new international airport – which was almost complete, with the operational component proceeding well – went south. The St Helena government purportedly cancelled the contract and called up the guarantees. As a result, R40 million of post-commencement finance that was anticipated was withdrawn.

There were further cost overruns on some of the construction projects and lower than expected revenues, and the cancellation and suspension of loss-making contracts was complicated and costly.

The BRPs were limited by contractual requirements – the need to keep plant and equipment on site delayed the sale of such assets, while non-core assets were difficult to sell for good value due to current economic conditions.

Construction claims and counter-claims are difficult and slow to resolve, the BRPs said.

They also reported inaccuracies and understatements in the company’s forecasts of the cost involved in completing construction contracts, and advance payments were not taken into account in the revenue estimates to the point of completion.

The BRPs say they have significantly reduced the company’s staff complement, which stood at 4 730 when it went into business rescue. They do not quote numbers, other than to say that the headcount at Basil Read’s head office has been reduced from 98 to 17 and that all labour on onerous and cancelled contracts have been retrenched.

The BRPs state that while they still believe there is a reasonable prospect of rescuing the business, they might have to amend the business rescue plan.

If such changes are significant, they will revert to creditors for approval. They say they will be communicating with affected persons early this month.

When the firm went into business rescue it had 43 active construction sites spread across South Africa, Namibia, Botswana, Lesotho and St Helena island.

Read: Did they fall or were they pushed?

What a sad story and not sure if they deserve to be rescued… Many SME’s have closed down because Basil Read did not pay them for their services e.g. Tzoneva Asphalt Supplies… more than 100 people lost their jobs!

My investment in BSR is at less than 2% of my initial capital invested – but that’s part of the risks when you invest on the JSE and I can accept that. What is so sad is that (as far as I could determine) BSR was actually a good company doing good work. And that they and their subcontractors must suffer so much is just sad.

How the mighty has fallen.

In my corporate heyday, I remember visiting Basil Read’s as far back as 1999 when they Bouygues (France), became their main shareholder. Bouygues was the largest construction company in the world.
Despite a slight decline in the construction sector, Basil Read’s reputation was enhanced through numerous industry awards for Design and Build contracts etc.
The French loved them and committed a lot of balance sheet to them – as they were expanding into Africa and was firmly entrenched in Mozambique, Swaziland, Botswana and Zambia.
What went wrong?

The start of the decline like with the rest of the big 5 was the soccer world cup.

With BR is was the Gauteng Freeway Improvement project where I noticed that some thing was not right.

Contractors grew there companies massively as there was a excess of work and when the excess work got rained in the contractors has over capacity, this together with the more stringent BBEEE laws and hammered the Big 5.

Contractors were tendering as low as 4% just to keep there the business afloat, I asked the question when I worked for Stefstocks why would you take the risk of doing work for 4% when you can get 7% risk free in Goverment bonds etc? There was no response.

I believe that people mean well by keeping there employees employed and their business revenue big however all that does is endure that when the business cycle has run it’s course employees loose out an any case and share prices fall.

Price fixing,Collusion,Bribery bit them in the butt BIG TIME

Nobody is mentioning the elephant in the room-
A GOVERNMENT THAT DOES NOT PAY FOR SERVICES RENDERED! 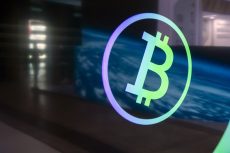