The big question is whether the leadership team can turn Game into a compelling destination. Image: Waldo Swiegers/Bloomberg

Massmart’s announcement in late December that it had identified 15 Game stores “that will be subject to a possible sale” is curious.

The fact that 15 of its current 114 stores are likely not profitable is not the weird part. What is strange is that Massmart seems to believe that it will find willing buyers for a disparate group of stores that it simply no longer sees value – or upside – in.

What will purchasers be buying? A lease? Not exactly attractive. Loyal customers? Nope. Access to Massmart’s supply chain? Unlikely.

Perhaps couching the decision in this way is more palatable from a public relations point of view right now, particularly after the high-profile decision to close all 23 DionWired stores in 2020.

It will be left with a footprint of 99 stores. Contrast that with 77 Incredible Connection or 51 HiFi Corp stores (or even 22 Makro stores, many of which occupy the same footprint as some Game stores), and one could reason that conceivably 114 stores in South Africa was a stretch too far.

These are not direct comparisons (Makro is the closest), but Pepkor-owned Incredible and HiFi Corp compete with Game directly in some core categories: televisions, computers, and to some extent appliances. In fact, most of the space formerly held by the DionWired store at Attacq-owned Mall of Africa is now taken up by a new HiFi Corp outlet.

That Massmart seems to see a future and/or path to profitability for the remaining 99 stores is a positive. Some analysts have been clamouring for CEO Mitchell Slape to simply shut the unit down altogether.

Massmart is also selling its 14 Game stores in non-SADC markets (west and east Africa) and said in December that it anticipates “being in a position to further update the market in the coming weeks”.

One gets the sense there will be news on the SA front before it releases its annual results in March. At that point, there will at least be clarity on whether it has managed to find buyers for the 15 stores.

Importantly, it should also offer insight into which of its 114 stores are not viable.

Perversely, stores in more outlying areas may actually be more profitable than those in major metros due to the relative absence of competition.

Is the Game turnaround working?

Sales at Game will be lower than last year – which included a hard lockdown.

Massmart notes that Game was the most impacted [in its stable] by the July 2021 unrest. At the time it said that “protesters gained access to and made off with merchandise in 18 Cambridge stores, 10 Game stores, 8 Builders stores, 3 Cash & Carry and 2 Makro stores.” Lost sales at the 10 Game stores are almost certainly dwarfed by the two Makro stores impacted.

Admittedly, there is also some distortion from non-South African stores (mostly due to currency movements). In the 48 weeks to end-November, sales in stores outside of SA were down 13.6%. This is a smaller base of stores, but it does drag overall sales lower.

The R4 billion question is whether the trend has turned positive ….

It must be remembered that Massmart has ripped fresh food departments out of the Game stores and replaced this space (somewhat) with basic clothing.

The fundamental conundrum facing Slape is whether the Massmart leadership team can position Game into a compelling destination.

In theory a grocery and general merchandise retailer ‘ought’ to work, but trying to compete on everything from TVs and electronics to computers, appliances, dry groceries, sports and leisure, home and DIY, and clothing basics is not easy (after the ‘re-lay’ of its stores, at least they look more appealing).

Simply put: aside from TVs where it has to compete aggressively with Takealot on price and where it is the market leader, it doesn’t really offer the best selection of anything else.

There are certain categories where its selection is so limited that one might reasonably question why it continues to stock items in that segment at all (for example the DIY and car-care categories). And how long will it continue to run liquor stores?

Investors will know more soon as details of the sale of the east and west African stores and the potential sale (or shutdown) of the 15 local stores are finalised. Trading last year is what it was – nothing can change that.

In August, Slape told the media he was “optimistic” about turning Game around. But he said his patience for Game “is not unlimited” either.

There is some indication that patience is being stretched (selling one in every 13 stores is definitely not a sign of a business in rude health). But Slape is demonstrating he is not afraid of making big decisions – something Massmart’s leadership has long avoided.

What, then, if Massmart cannot grow Game’s sales this year on the 2021 base (which will have been knocked by July’s civil unrest)? Then it will surely be time to throw in the towel ….

The first thing many will mention, is that the Game staff provide poor customer service.

However, these same staff are not permanent employees and are mostly “casuals”. They also barely earn minimum wage.

Treat and pay your staff well and a company will thrive.

It is clear from their financial performance that Massmart cannot even afford the minimum wage. Ultimately, it is the consumer who decides who should be employed and what their salary should be. Job security is tantamount to the enslavement of the consumer. Labour laws expropriate the rights of consumers and hand them over to the privileged elites, those who are union members. A country can be a workers’ paradise or a consumers’ paradise, but it cannot be both at the same time.

South Africa has the most stringent labor laws that enable militant union members to hold consumers at ransom. The unemployment figures prove that consumers have had enough of these bully tactics, and simply buy imported goods and they refuse to carry the burden of extortive wage demands. The consumer stopped supporting Cosatu’s wage demands, as is evident in the record-high unemployment figures.

There is no such thing as a “living wage”. An employee, or worker, is an entrepreneur who sells his ability to add value, and the consumer rewards him for this process. If the union member demands a wage that is higher than the value he adds in the process, his job will become redundant. He will price himself out of the market. He values his own ability higher than the consumer does. Therefore he sits with the “stock” and the consumer refuses to buy it. He is unemployed in other words. This is a very fair process.

Simple economics, but far above the cognitive ability of Cosatu members.

It’s simple economics. It’s about supply and demand. As there is an over-supply of workers in SA, many workers are exploited and underpaid. Thankfully, the unions are there to protect the worker.

Remember, a franchise fast-food employee in the USA earns $17 an hour. That same franchise pays it’s employees R3500 a month in South Africa.

The next step on the road to slavery is the drive for localization where the government bans imports of goods to “protect” local jobs.

They will simply remove the freedom of choice of consumers to create temporary and false sense of security for Cosatu members. The socialists will enslave consumers as part of their vote-buying exercise and the unemployed youth will pay the price.

Exactly why online shopping is booming in SA
No need for the grumpy faces and incompetent staff that believe it is their shops !!!

@Sensei…The oversupply of labour is due to +/- 10 million immigrants, illegal and legal, mainly from Zimbabwe but elsewhere as well. We have high birth-rates as well.

The resources industry is thriving so, I don’t think BEE or the mining charter has had a negative impact there, except perhaps to reduce the profits of said resources companies, as they now have to pay their employees properly.

I’m not opposed to localisation if done properly. Look at what a positive impact, localisation has had on the cement industry. It has revitalized PPC for instance. The poultry industry also needs help, to survive against cheap imports.

If the worker feels exploited they are free to leave. They can withdraw their offer of labour and go elsewhere. Labour laws & minimum wages are not needed.

If Game employed people who valued their Jobs and appreciated customers and there was more management on the floors, sales would improve. Unfortunately their staff could not care less! Headline earnings per share, rose to 91.5 cents in the six months ended March 31, up from 71.3 cents a year earlier. 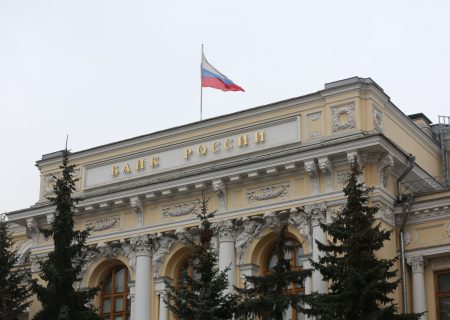