Corporate finance activity of the week
Who’s doing what in the M&A space?
Portfolio watch: What small cap managers have been buying and selling
CLICK THIS COMPANY MORE COMPANY NEWS SENS
NIVEUS 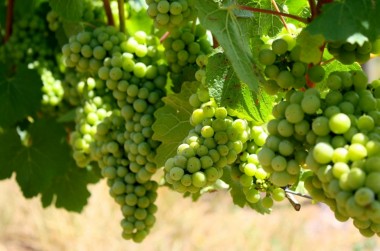 Vasari, the unlisted UK-based investment group headed up by Vivian Imerman, has completed its acquisition of the operational assets of South African wine and spirits producer KWV for R1.15 billion.

The acquisition, announced in May 2016, was finalised after securing shareholder support and a nod from the South African Competition Commission.

“KWV is a strategic asset that will enable us to capitalise on the growth opportunities in wine and brandy and represents a major step towards creating a brand house with category-dominating beverages,” says Imerman, who is chairman of Vasari.

Niveus continues to own La Concorde, which is currently KWV’s head office in Paarl, as well as the wine estate Laborite – which it has leased to Vasari for a year. It also owns Vukani Gaming Corp, whose operating brand is V-Slots and Galaxy Bingo, which specialises in electronic bingo terminals.

Niveus CEO, André van der Veen, will step down from his role as CEO of KWV, freeing him to focus on Niveus. “KWV represents about 15% of the underlying value in Niveus where our focus is on the alternative gaming market. We are currently the largest company in this gaming segment and, with my reduced operational responsibilities in La Concorde (the old KWV), I will now be able to focus more time in this area.  We have been successful in growing the business since listing five years ago and the developments in the Bingo market, especially with the introduction electronic bingo terminals, provide further growth opportunities.”

The incoming KWV CEO is Boyce Lloyd, a SABMiller executive who brings with him more than 20 years beverage experience gained in Africa and Latin America. He was until recently the integration director for the Anheuser-Busch InBev/SABMiller merger and will join KWV in November.

Ken Allan has been appointed as executive South Africa markets and joins KWV from Diageo where he was the commercial director of Brandhouse in South Africa.

Pedro Lotra, who has been appointed the new chair of KWV, says that Vasari’s growth plans include leveraging the strength of KWV’s wine and brandy portfolio and driving acceptance on the continent and in other offshore jurisdictions.

“Growth in advanced markets like Europe has flat-lined – while consumption in Asian markets, especially of South African wine, is seeing continued appreciation and growth,” he says. “Premium wine consumption continues to be driven by a sophisticated palate and, with a revitalised portfolio of established brands, we will now be able to benefit from such trends.”

Niveus shareholders will not receive a special dividend as company management has a mandate from larger shareholders to look for investment opportunities. A portion of the proceeds will be applied to the development of the company’s property portfolio in Paarl, but this is not expected to be significant in the context of the group’s resources.

In the interim the company’s shares trade on the OTC market and, with the value of the assets now more easily determinable than in the past, the shares should be easier to value, he says.