Lesotho has written to Vodacom Group’s subsidiary in the landlocked Southern African nation, telling it that its “unified licence” to operate has been revoked. Vodacom said it will fight the decision in court.

The decision by the Lesotho Communications Authority (LCA) comes after the regulator imposed what Vodacom called “a staggering” fine — the equivalent of R134 million — on the company for allegedly flouting its licence conditions and for allegedly being in breach of local legislation governing companies. Vodacom is Lesotho’s biggest mobile operator.

In response to a query from TechCentral on Thursday, Vodacom Group said in an e-mailed statement it intends to lodge an urgent high court interdict against the LCA. It assured its customers in the country, which is entirely bordered by South Africa, that it is “business as usual”.

“In the same application, Vodacom will be challenging the lawfulness of the LCA’s decision, set out in a notice dated October 8, 2020, revoking its unified licence,” it said.

Vodacom Lesotho MD Philip Amoateng said in the statement: “We have no option but to seek relief in the courts because the LCA’s decisions imposing an excessive fine as well as the revocation of Vodacom’s operating licence are both erroneous as a matter of law and public policy.

“These actions put at risk the country’s telecommunications ecosystem, including financial services platforms such as M-Pesa, and tens of thousands of jobs,” Amoateng said.

Vodacom said it has 14 days to apply to have the LCA’s fine reviewed by the high court. This is according to the regulator’s own administrative rules, it said.

“Vodacom notified the LCA of its intention to challenge the lawfulness of this decision and was shocked to receive the notice of revocation of the unified licence … in flagrant disregard of the rule of law,” the company said.

“The LCA has unfortunately violated its prescripts and rules and our efforts to find an amicable solution to the dispute has drawn a complete blank. Given the hostility of the LCA towards Vodacom, our options are now limited to seeking redress in the courts to avert further damage to our brand, reputation and the interests of stakeholders, including our customers, shareholders and employees,” said Amoateng.

According to a report in The Post, a publication based in the capital, Maseru, the fine “appears to” have the blessing of the country’s cabinet and its communications minister.

At the heart of the dispute is an allegation by the LCA that Vodacom Lesotho flouted corporate governance rules by hiring an auditing firm allegedly owned by the sister-in-law of the operator’s chairman, Matjato Moteane. Moteane leads a consortium called Sekhametsi that owns 20% of Vodacom Lesotho (Vodacom Group owns the other 80%).

According to the article in The Post, LCA chief executive Mamarame Matela instructed Vodacom Lesotho, in a letter dated 28 September 2020, to pay the equivalent of R40.2 million of the fine in local currency, with the remaining amount suspended for five years, provided the company “does not commit any further contraventions of its regulatory obligations during the said period”.

Lesotho is by far Vodacom Group’s smallest operation, with 1.2 million subscribers. However, the group said that since Vodacom Lesotho launched in 1996, the company has made “significant contributions to the fiscus, helped bridge the digital divide and introduced programmes that have benefited many of the country’s citizens”.

This article was first published on TechCentral here and is republished with permission.

Another bankrupt country trying to expropriate money from a business…

@Milo did you read the article?

“At the heart of the dispute is an allegation by the LCA that Vodacom Lesotho flouted corporate governance rules by hiring an auditing firm allegedly owned by the sister-in-law of the operator’s chairman, Matjato Moteane”

Time for someone important to go and have lunch with another important person. No need to take along a bag with cash that is so 20th century.

A grovelling apology, a stiff “fine” (i.e. extortion) and they will be back in business

Yes I did read the article. The auditor issue dates from 2015. It’s the murder weapon not the motive.

The Lesotho government used to own 20% of VC Lesotho, then 12% and eventually 9%. Finally, they sold their 9% stake to Sekhametse Consortium. Since then Sekhametse’s share of VC Lesotho has increased to 12% and it now owns 20%.

There’s the perception that after the government sold its stake VC Lesotho started making a lot of money (going by subscriber numbers) and the VC Lesotho is not paying what it should to GOL. This is what’s causing the unhappiness. This is where the fine of R130m comes from with the carrot that if you don’t contest and pay now, you only have to pay R40m. That is extortion.

Sekhametsi uses some its revenues from VC Lesotho for community projects in Lesotho. It could that there was cash flowing to community members and government officials in Lesotho and that this cash flow has been reduced too.

Learnt from the inaction of clueless SA gov when Nigeria pulled a daylight robbery of MTN. I bet they are trying to fill the empty coffers resulting from the the hard lockdowns from both SA and Lesotho. So much for the so-called African solidarity…

They want to return to using smoke signals for communication.

Jip — The low cost and spectrum efficient way of the past !!!

So we’re just going to ignore the fact that the chairman’s company was used for auditing?

Why punish the whole company excessively, instead of dealing decisvely with the corrupt and conflicted individual?
No wonder Africa does not get super investments like Asian or European economies. Africans abuse legislation to serve narrow & greedy political ends, instead of broadening the dividend of technological development to the broader society.

Vodacom should stop selling there as should the other operators. Desperate means to extricate money from corporates. Just like the Nigerians.

Learning from the Nigerians..

Hey Lesotho government, was the bribe too small or the tender too little?

Another example of SA companies following poor practices in Africa and then bleating when taken to task. Sure, the fine is a bit steep, but let Vodacom seek to have it reduced by the courts. Bottom line – Vodacom flouted the local laws / regulations and there will be a consequence, just as there was for MTN in Nigeria.

What is particularly noteworthy is that there is nothing from Vodacom indicating that they take any allegations seriously (I mean from a ‘good corporate governance’ perspective, not from the perspective of an innocent or aggrieved party, as is their current stance) and that they will properly investigate it. How arrogant is this???

A country that could and cannot properly count its citizens and also is not able to provide proper home addresses for its citizens saw it fit to charge MTN the exorbitant charge for not RICA or deregistering the subscribers who were liberated by having a good network and all the benefits that came with like mobile banking!
Nigerian government decimated MTN share price and SA investment. SA toothless government were of no help . They could not help or assist in being a “good mediator”. 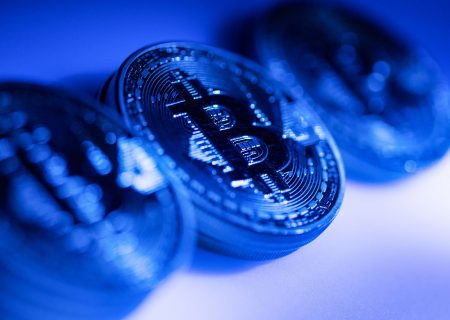