A return to normal life for society but a step into a new ‘human-augmented’ technology-driven business model for the group.
By Adriaan Kruger 5 Aug 2021  00:01 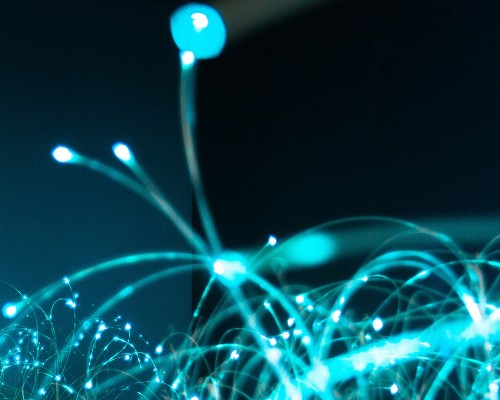 The group invested close to R100m in growing its digital capability in the first half of the year. Image: Mario Proenca/Bloomberg

We’re more than a year and a half into the Covid-19 pandemic and most people have lost a friend, colleague or loved one, but it looks like we are past the peak of the third wave in SA. Hopefully, as the end of the year draws near, the world will return to a more familiar way of life.

These were the sentiments expressed by Liberty Holdings CEO David Munro when he discussed the group’s results for the six months to end June 2021.

“It has been a period of extreme challenges,” said Munro, commenting that the protest action in KwaZulu-Natal and Gauteng added to the country’s woes.

“These protests were characterised by deplorable violence, theft and destruction of property, and are also sadly a reflection of the desperation of many South Africans during these difficult times. Regrettably, these actions have been disruptive to the broader South African society and to the country’s struggling economy,” he noted in his commentary to the results.

However, Munro expressed the hope that global vaccination programmes and a recovery in the global economy, as well as the roll-out of vaccinations in SA will quickly restore life to what people are used to.

“The mass Covid-19 vaccine roll-out has commenced in SA and is intensifying, but uncertainty related to the evolution and impact of the pandemic and associated waves remains. Liberty is proud to have opened a vaccination site to the public at our head office in Braamfontein to assist the SA government with its vaccination programme.

“Working with Dis-Chem, the centre has vaccinated 6 000 people since its opening and more than 600 vaccinations are administered every day,” said Munro.

He then said of the last year or so: “We have truly experienced an extraordinary time in history.”

Normalised headline earnings recovered from a loss of R2.1 billion in the first half of the previous financial year to a profit of R288 million, while earnings per share increased to R1.07 compared to a loss of R8.03 in the comparative six months.

The improvement was posted despite the sharp increase in claims.

Munro highlighted that death and disability claims increased by 61% against the first six months of the 2020 financial year, to R8.5 billion.

Read: Liberty reports over 61% surge in death and disability claims

He said total annuity payments to clients during the period were R4.5 billion, a 10.3% increase on the comparative period, representing “a critical injection of income into society to sustain many vulnerable people in the latter years of their lives”.

In addition, Liberty increased its pandemic reserve by another R1 billion. Supplementary information to the interim figures shows that Liberty has used more than R2.5 billion of its original pandemic reserve of R3 billion to date. The extra R1 billion increased the balance to R1.5 billion.

Notes to the results explain that the reserve was calculated on a basis to cover the expected increase in mortality and retrenchment claims (together with higher expenses attributable to the pandemic).

While management seems happy with the performance and expressed their hopes of a “return to normality”, it is noteworthy that Liberty is changing its ways and repositioning for the future.

Liberty and Standard Bank are boldly moving back into bankassurance. Liberty shareholders will be asked within weeks to ratify the acquisition of Liberty by Standard Bank, a reverse of the trend a few decades ago when banks and life insurers in SA reduced interlinking shareholdings.

The proposed transaction was announced only recently, on July 15. Standard Bank is proposing to buy 100% of Liberty Holdings and integrate it more closely into the banking group.

This will, subject to shareholder and regulatory approval, lead to the delisting of Liberty Holdings and Liberty becoming a wholly owned subsidiary of Standard Bank. Standard Bank Group currently owns 54% of Liberty. “It will create the largest financial services group in Africa,” said Munro.

“It is a natural extension of our growing relationship with Standard Bank and offers strategic benefits to offer complete financial solutions to clients’ financial needs. It is also a strong vote of confidence in Liberty’s business,” said Munro.

Positioning for the future

Liberty also outlined its strategy to adapt to a changing world. A few interesting aspects stand out, apart from the obvious drive to increase sales of life, investment and funeral policies.

The most striking is Liberty’s move to a technology-driven business model.

Interestingly, Munro terms the increasing reliance on technology as a “human-augmented platform”. A total of close to R100 million was invested in growing its digital capability during the six months under review.

Liberty partnered with the international Salesforce to launch its Adviser Workbench for use by Liberty advisors, which aims to simplify and digitalise processes. The aim is to reduce duplication of effort and expedite the sales process. Over 1 500 advisors have already signed up since the launch in May, says Maharaj.

Liberty also launched a new financial needs analysis tool to advisors which digitalises risk and investment analysis. More than 8 000 client analysis reports have been issued since the launch in May.

The second striking change in the running of Liberty is the simplification of products and the underlying investment portfolios.

“We have continued to retire legacy products and continued reducing the complexity of new products,” said Maharaj.

Some 81 products have been rationalised and more than 200 000 clients were moved to new-generation products.

During the first half of 2021, 31 investment portfolios (with assets of R500 million) were rationalised and 4 000 clients have switched into other portfolios.

Still, management expects the SA business and economic environment to remain challenging for the remainder of the year. “Consumers and businesses are expected to remain under pressure,” said Munro.

The next big thing is the completion of the merger with Standard Bank, which management expects will be finalised during the coming six months.

Munro inherited a listing ship that had been overly BEEd and bitchslapped by its competitors, mostly Discovery.

“We have continued to retire legacy products and continued reducing the complexity of new products,” said Maharaj.

That’s what I’ve been doing too!

Identifying and cleansing shysters and non-performers from one’s portfolio is a continual investment effort.

Removing unethical Liberty and archaic Standard Bank from anything to do with our familiess’ finances was at the top of our list years ago.

We have never regretted that decision – which is literally paying dividends into the future.