Tussles with Capitec continue as short-sellers refuse to back down. 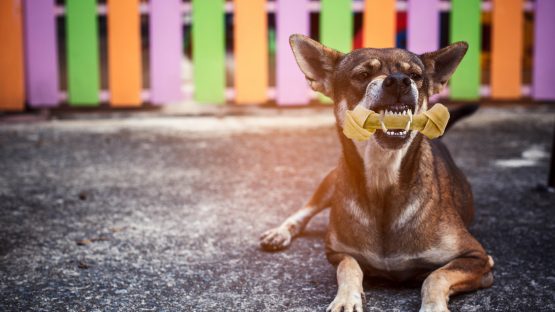 Capitec seems to have gone on the offensive to counter allegations that the the quality of its loan book is not as good as the bank says it is. This follows another attack on Capitec by Viceroy Research in an open letter directed to Capitec’s audit committee.

The wording of the questions in the letter to Capitec’s audit committee – similar to those already answered by directors – resulted in a lively discussion at Capitec’s recent annual general meeting. Jean Pierre Verster, chairman of the audit committee, reiterated Capitec’s view that Viceroy refuses to meet with Capitec management. “It would have solved a lot of the misunderstanding that has been characterised the whole affair.”

In his reply to Viceroy’s open letter, Verster said: “Capitec management has professionally responded in detail and has painstakingly pointed out where you misunderstood certain concepts or made certain errors in calculation.”

It is important to note that Viceroy is not the only vocal critic and short-seller of Capitec shares. Moneyweb is aware of another, more experienced hedge fund that has also build up a short position. The two main points of criticism are the methodology that the bank uses to provide for and write off bad debt, and the allegation that Capitec effectively hides bad debt by continuously giving struggling clients new loans to consolidate arrears into “new” loans. Detractors argue that this is akin to reckless lending in contravention of the National Credit Act.

Viceroy, and other sceptical fund managers, quote Capitec’s low provision for bad debt and high write-off of bad debt as proof that management is not making enough provisions and in effect overstating the value of their loan book, and thus their earnings. Provisions for bad debt is an operating expense and is included in the income statement.

A common argument is that the bad debt provision is way too low for unsecured loans during a period of low economic growth. “Capitec’s provision for bad debt is around 5.5% in an industry where their competitors are providing 11% to 12% for bad debt,” says Bruce Main, founding director of Ivy Asset Management. “How is this possible in view of the state of the economy over the last four years?

“The high number of debt consolidations are also worrisome as it creates the impression that clients are given higher loans to settle outstanding debt when they fall behind in repayments.”

This, in short, is also the basis of a court action against Capitec by Summit Financial Partners, which has acted in previous court cases against lenders who, they say, abuse less informed clients. Summit directors are known for their court victory against debt collectors in which one of the rulings was that cases must be heard in a court close to the defendant’s home.

Capitec management maintains that they have answered these allegations. They say that their methods are, in fact, conservative. Provisions are low because of very conservative lending criteria and aggressive write-off of bad debt.

“The strict bad debt write-off policy impacts on the provisions,” say the directors. “Due to these loan balances no longer being part of the loan book, the related provisions on these loans do not exist. Any consolidation is considered as a new loan application and the bank does a new, complete affordability analysis to see if applicants qualify for the credit.”

Critics call for an independent review of Capitec’s book to remove uncertainties. Capitec counters that its methods has been vetted by independent industry experts and that they comply with all bank regulations. South Africa has a strong financial system with strong banks, regulated by arguably the world’s best banking laws and regulations, and enforced by strong institutions. The National Credit Act, which specifically regulates banks’ credit extension activities, was promulgated in 2005 and is such a solid piece of work that it safeguarded South African banks from the global credit crisis of 2008. Everywhere else, hundreds of banks failed.

Capitec’s results for the year to February 2018, as well as its most recent six-monthly report to the Reserve Bank, show that the bank is well capitalised and not dependent on a few large, finicky institutional depositors. Capitec’s largest sources of capital are from ordinary shareholders, the placing of very popular preference shares and its own retained earnings.

Capitec’s ordinary share capital amounts to R5.7 billion and retained earnings contributes R13.2 billion. Together with other long term capital the total equity amounts to nearly R18.9 billion. The reliance on big deposits from a limited number of clients was the Achilles’ heel that killed smaller SA banks in the past. It created liquidity problems and the eventual collapse of banks such as FBC Fidelity, Regal Bank, Saambou and Alpha Bank. It crippled African Bank too, coupled with reckless lending, which was exposed by regulatory authorities long before the bank failed.

Capitec is actually better capitalised than any of the other big banks in South Africa when comparing the level of reserves with that of its liabilities. Nedbank’s latest financial report shows a capital adequacy ratio (Common Equity Tier 1) of 11.9%. The figure for Absa Bank is also 11.9%, Standard Bank is at 13.7%, First National Bank at 14.1% and Investec at around 11.2%. Capitec’s Common Equity Tier 1 ratio is a massive 35%. It means that Capitec holds on to more than three times the reserves of other banks to safeguard depositors’ cash. In addition, most of Capitec’s clients’ money is safe as it is, to a large extent, guaranteed by the SA Reserve Bank. The Reserve Bank guarantees depositors’ savings up to R50 000 in the case of a bank failure. Given Capitec Bank’s target market and basic banking products, it is obvious that very few clients will have more than R50 000 in their accounts. The Reserve Bank is currently in the process of developing a new insurance scheme that would insure deposits up to R100 000.

This far, there isn’t a clear winner in the standoff between bull and bear in the Capitec saga. At R875, Capitec’s share price is currently 20% below its brief peak of around R110 late last year. But there is no way to tell at what price short-sellers entered their positions and whether they are showing profits.

It is not out of the ordinary to sell shares short if fund managers believe that shares are over-valued. The process is simple: borrow shares from a long term investor such as a pension fund (by furnishing a guarantee and paying a lending fee of around 1 – 2% per annum), sell them in the market and wait for the price to drop. Buy the shares back at the lower price, return them to the owner and pocket the difference. Alternatively, a short seller can structure the same exposure with options and derivatives which removes the hassle to borrow shares. Over-the-counter derivative transactions also bypass those pesky regulators.

If the share increases in value, short sellers can suffer a big loss because they have to buy shares back at a higher price than they sold them for to cover their positions. Currently, the market seems to vote for Capitec. The current share price represents a price/earnings ratio (PE) of a high 22.7 times compared to Firstrand’s 13.8, Nedbank’s 11.2 and 12.6 for Standard Bank. The high PE also attracts the attention of short sellers, who actively hunt for shares with high ratings and the potential to sink to levels similar to their peers.

In Capitec’s corner are SA’s regulators. National Treasury and the Reserve Bank each published statements to defend the bank after the original Viceroy report that asked regulators to investigate Capitec.

The Reserve Bank dismissed the report with four sentences, while Treasury described the report as “reckless”. It notes that Viceroy is not regulated in South Africa and takes issue with the fact that Viceroy sold shares short before issuing its report. Treasury said that the Financial Services Board (FSB) and the JSE should rather investigate Viceroy for possible transgressions.

Alex Pascoe, team leader of investigations at the FSB, confirms that an investigation has been started and is still in progress. Shaun Davies, director of the JSE’s surveillance division, says that the JSE is assisting in the investigation.

“The JSE has access to all transactions in the share and can determine if there is evidence of market abuse,” says Davies.

Big investors in Capitec have thus far remained on the sideline in the ongoing give-and-take. The Public Investment Corporation (PIC), which holds some 7.4% of Capitec’s shares, has chosen not to respond to enquiries. Another big shareholder, the US-based Capital Research and Management Company, which holds an interest of just more than 6% in Capitec spread among different funds, could also not be drawn into the war of words. Hannah Cohen, liaison officer for the Capital Group, says they do not comment on individual investments in their funds. With a current value of more than R6 billion, or nearly $500 million, the Capitec stake remains sizeable even for a huge international fund. The Capital Group invests mostly in growth stocks around the globe.

The beauty of capitalism and a lively share market is that it gives people freedom of choice. If you don’t like
Capitec, you don’t need to invest in its shares, open a bank account or borrow money from them. You can even sell the shares short and wait for the market make its judgement.