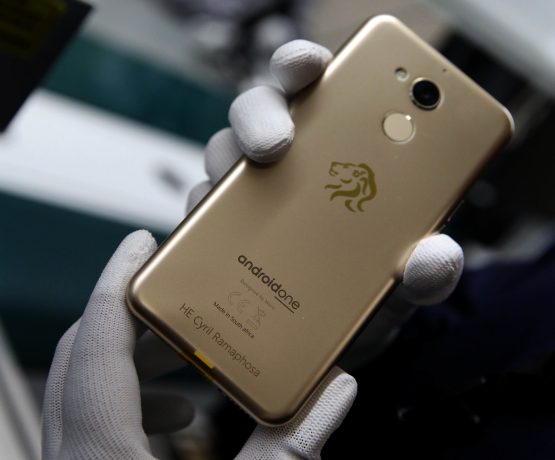 Availability of the smartphones in SA and on the continent is set to take off. Image: Supplied

Nedbank, Vodacom and now retail giant Pick n Pay are among the growing list of SA corporates to back the locally-made Mara phone.

The Android-based phone is the brainchild of pan-African entrepreneur Ashish Thakkar, CEO and founder of the Mara Corporation, which opened a high-tech smartphone factory at the Dube TradePort Special Economic Zone (SEZ) north of Durban in October.

Thakkar has committed to investing R1.5 billion in the new plant, around half of which has already been invested. The Durban plant, which has created more than 200 new jobs, followed the opening of Mara’s first phone factory in Rwanda earlier in October. 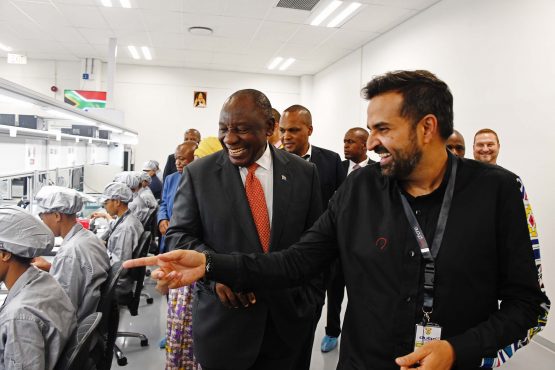 “It is great to be working with some of South Africa’s biggest corporates in taking our Mara phones to the broader market. Pick n Pay is the first retail chain to partner with us, however, we have also secured lucrative partnership deals with Nedbank and Vodacom,” he said.

Pick n Pay also confirmed the Mara Phone deal in a statement to Moneyweb on Wednesday, saying that the Mara X smartphone model is now available in 35 of its stores across the country.

“As a business, we have for many years supported and partnered with local suppliers to help them grow their business through our stores,” says Pick n Pay CIO Richard van Rensburg.

“We are proud to be a retail partner and make the Mara smartphone available to our customers… This is a great local business success story, with the potential to help unlock growth in our country as the company grows. Through access to an affordable smartphone, we also have an opportunity to improve digital inclusion,” he adds.

At the launch of its SA plant in October, Thakkar noted that Mara Phone had commenced production of two smartphone models, the Mara X and the Mara Z, which would retail in SA for R2 999 and R3 999, respectively. He says more models are on the cards, but the initial focus will be on the two that have been launched.

According to Van Rensburg, Pick n Pay will offer the Mara X at a launch price of R2 499. “We wanted to offer our customers a great launch price to make the smartphone even more affordable,” he says.

Thakkar tells Moneyweb that negotiations are still ongoing with other retailers, banks and telecommunications providers to increase the distribution and availability of Mara phones across the country and on the continent.

“It is still early days, but we have a lot of positive momentum after opening our South African Mara Phone factory with President Cyril Ramaphosa in October. While the Mara X and Mara Z models have been available on our website since launch, the new partnership deals mean that our proudly South African manufactured smartphones are available on local retail shelves,” he says.

“Getting our smartphones available through broader retail channels, such as Vodacom and now Pick n Pay, before Christmas and the peak festive season puts us in a good position for growth in 2020. We are expecting to see the real growth of the Mara Phone brand in SA from 2020,” he points out.

Thakkar would not comment on how many Mara phones have been sold thus far, however, he noted that the smartphone has been sold in 46 countries around the world through its online store.

“While most of the demand is naturally from African countries, we have been surprised by interest even being shown from Europe and other regions.

“The plan was always to focus on Africa but to export globally, so this is a good sign,” he says.

Thakkar says the deal with Nedbank is of “particular significance” as it involves offering Mara phones to Nedbank clients as well as opportunities for the smartphones to be financed by the banking giant.

“As a bank that is absolutely committed to economic inclusion and development in South Africa, Nedbank is excited at this unique opportunity to put a top quality, proudly South African mobile device in the hands of our clients,” he said.

The full details of Nedbank’s Mara Phones offer are yet to be revealed, but the smartphones will be preloaded with the Nedbank Money App. The bank also confirmed “flexible finance options” for clients to pay for the smartphones and that the Nedbank offer is unlikely to be cellular network-specific.

Davide Tacchino, terminals managing executive at Vodacom, says the group is proud to offer the ‘Made in Africa’ Mara smartphones to its customers “not only because it provides South Africans with the opportunity to connect to the things that matter most to them, but also because this supports our commitment to African innovation”.

Tacchino says the journey into the fourth industrial revolution begins with investments that lead to growth.

“Our end-goal is to connect all South Africans to a better future. Being able to do so with devices made right here in our country, while simultaneously contributing to skills and job growth, is very exciting.”

Thakkar is also looking for Mara Phones to have its own retail store network in SA.

Lol, over priced and under speced. They are under estimating our youth with regards to cell phone knowledge.

The usual SA business model of believing that they can charge what they like and people will pay a premium just because it’s local. I accept that they haven’t tried for stratospheric Apple pricing but Mara X and Z, at R2999 and R3999 online, are just too expensive for what they are.

Thanks, but for that price I can get an Huawei or Samsung with better specs and know I am not getting saddled with inferior ‘proudly South African” goods.

There is a website called ‘GSMARENA’ where you can compare phones, specs, prices. This website a is a great tool when determining just show good your choices are.

I use GSM arena and compared it with the Nokia 3.2 the Mara X and Mara Z. Nokia slaughtered them

This is my phone specs Nokia 3.2 below 2999 and selling roughly at 2499 max. Features are way ahead of Mara x and Z. I am just saying you want locally produced phones better get competitive too as low cost smartphones are too competitive as well. Mara X and Z no thanks

The thing I really hate about “Android” devices especially Samsung phones is that they limit you to 16GB or 32 gig of space to install various apps. I install very few apps and the thing says it is full and that I need to delete other apps to make space. Even if I add 32gb or higher micro SD card it still comes up with the “not enough space”
Android is a horrible operating system.

There is this thing about ROM (Read only memory), constant permanent memory and RAM, Random access memory,= working memory. This is what I understand of computers, certainly not an IT guy.
Srand in for correction.
Now the problem with cell phones on Android appears to be that this operating system appears to work mostly in RAM, as I discovered on my first Android touch phone I bought in 2014. The operating system plus the standard apps occupied already most of the 1 Gb RAM. And it very quickly clogged up, and became very slow, while I downloaded only a few apps.
The 16 or 32 that you mention are ROM, but I think RAM size is the most important on modern Android phones. Cheap phones below R 1000 have 512Mb or 1 Gb RAM, which is very quickly inadequate, although Android has a leaner version of their operating system for these phones nowadays. You need at least 2Gb RAM, preferably 3 or rather 4 Gb RAM. ROM you can mostly expand with a Micro SD, or you can transfer photos and files on a laptop or other harddrive, or USB stick. RAM is baked in on your phone and can NOT be expanded. Laptops used to have a to slot at the bottom to extend, upgrade your RAM. Not sure whether they still have as most, just like phones do not even have an easy way to remove or exchange the battery anymore. I am still using a 2012 laptop.

wonder what Ramaphosa’s ( personal) stake are in this business venture?

Why would anyone build two factories without even testing one ? Because the money was given and told to be spent quickly