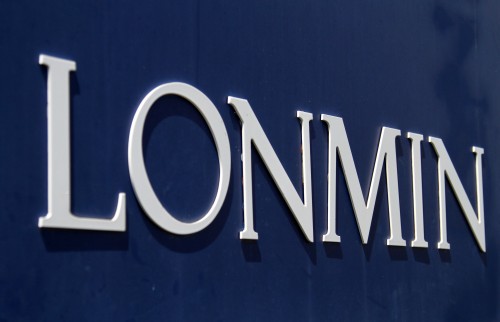 JOHANNESBURG – Yes, we knew it was coming.  As we have previously described (read here), Lonmin was in the unenviable position of having to staunch cash being burnt at a rate of roughly R1bn every six months, as a result of plunging platinum group metals (PGM) prices as well as the devastating effect of the protracted strike endured in 2014.

So $400m is the magic number (or R5,4bn based on a US dollar/rand exchange rate of 13,50 – see table below). You can bet this was not the carefully considered number ushered from the lips of Lonmin executives, but more likely, a decree from the banks that have provided facilities to the tune of $543m to the company and which are due to mature in successive months next year.

There is an undertaking – but no promise – that should the rights issue be successful, the banks would likely offer revised debt facilities of $370m that would mature in 2020. This would give the company some breathing room. But the rights offer is still a massive undertaking – Lonmin’s market capitalisation at the close of business yesterday was R3,6bn. The company is asking for another R5,4bn!

To the company’s credit, it has started to address costs. It had guided that it would be aiming to reduce unit costs per PGM ounce to R10,800 for the year ending September. The company did this and then some unit costs on an unaudited basis came in at R10,339/oz.

Through additional savings initiatives – which includes reducing headcount by 6,000 (some 1,500 have left already), closing unprofitable shafts (Newman, Hossey and 1B) and making management level employees forego bonuses and salary increases – the company aims to keep unit costs at R10,339/oz flat over the next three financial years.

The return of margin to Lonmin’s operations was aided by drastic cuts to capital expenditure. The company had guided to spend $250m for the financial year, and this came in 45% lower at $136m. All-in-all, the bankers might have felt that sinking feeling begin to dissipate as net debt fell from $282m at the end of March to $185m, some $100m lower.

So we can all breathe a big sigh of relief for now. But the R5,4bn question is whether the rights issue will get away, and if so, what pain will be inflicted on existing shareholders?

The fund managers Mineweb inquired with were naturally hesitant to publicly discuss what the discount would have to be to ensure the company raises the necessary funds. But what was clear, was that it was going to have to be a big discount.

Jan Faure, fund manager of the Trillian General Equity Fund, which does not hold Lonmin, expects the discount to be in the region of 50%. “I think given the position the company finds itself in, where it is struggling to cover its costs in the current environment, it would have to be a substantial discount to convince investors to increase the size of their initial outlay. Ironically, they are doing a capital raise to effectively decrease production. Shareholders are really caught between a rock and hard place.”

It’s that second-last column in the table above that’s going to kill Lonmin shareholders. Like many, you’ve already taken a fair amount of pain: over one year (-81%), even six months (-74%). So what is going to entice investors to throw good money after bad?

And this is the point where we get to the feedback loop. The higher the Lonmin share price come the November 19, when shareholders will vote to approve the transaction, the smaller the dilution will be. “This is only true if a higher share price on the 19th implies a higher rights issue price implying less shares are issued,” says Faure.

Looking at the table, which is predicated on Wednesday’s share price of R6,10/share, the dilution at a 50% discount – should you choose not to follow your rights – is enormous, and implies a one-off hit of 75%. (For instance, where you would be entitled to R1 per share in earnings before the rights issue, you will only be entitled to 25c post – in the event of not following your rights.)

So with the company now appearing to recover margin and address its debt, perhaps it’s worthwhile taking the plunge and following your rights?

We have extrapolated the guidance the company gave in the update to paint a picture of the sort of cash generation the it would be capable of over the next three years, based on current platinum prices and exchange rates. The results can be found here:

From this back-of-the-matchbox calculation, its doesn’t appear to be an easy sell. The company is highly leveraged – let’s say heavily reliant – on the future platinum price and rand/dollar exchange rate, never mind its ability to hold unit costs flat in nominal terms over the next three financial years.

The cumulative free cash flow number would look much better were it not for a significantly higher planned capex number in 2018. This indicates the degree to which capex has been cut during these trying times. But all-in-all, is that enough to persuade you to follow your rights?

Not for me thanks! I am short. This is an investment for a BEE company or for the government’s mining company. I’d like for them to be on the other side of my position.