Commodities still the trade as markets are a sea of red
CPS has still not revealed how much profit it made from social grants contract
Have passive fees hit the bottom yet?
CLICK THIS COMPANY MORE COMPANY NEWS SENS
METROFILE 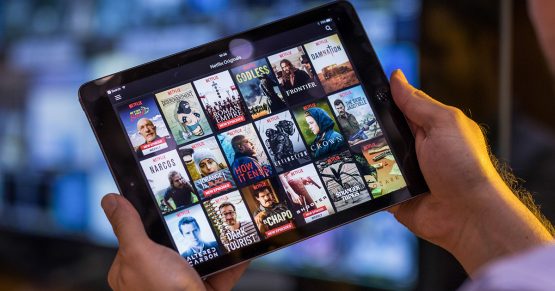 Entertainment aside, the longer the virus threat remains, the more companies and training institutions will ditch rental office space in favour of online alternatives. Image: Shutterstock

It seems just about everyone has watched (and enjoyed) Tiger King on Netflix: a quirky tale of big cat collectors and breeders in the US. Viewership figures were bumped by the launch of the series coinciding with a global lockdown.

Forced to stay at home, millions have turned to online content providers such as Netflix, Prime View and Disney+ to stave off boredom. It got so bad the European Union asked Netflix to throttle its bandwidth usage to medium rather than high definition.

But if this recession deepens, discretionary spending such as Netflix subscriptions could be among the first to be ditched.

Needham & Co says Netflix could suffer a 6% drop in streaming revenue in the US and as high as 28% elsewhere.

Online retailer Amazon has fared better than most, with its stock price falling just 12% during the coronavirus pandemic – a far smaller decline than other content providers such as Disney and Comcast have experienced.

Amazon’s stock price drop was cushioned by its Prime Video content streaming service, and Amazon Web Services (AWS), its fastest growing division. AWS will be launched this year in SA, bringing reduced latency and advanced technologies such as artificial intelligence and machine learning to sub-Saharan Africa. Ironically, Amazon has maintained a strong presence in Cape Town since 2004 where developers worked on new networking technologies and customer support.

Other companies surfing the lockdown wave are teleconferencing startup Zoom, which allows people to host virtual meetings. It signed up more than two million new users in the first two months of 2020, more than the whole of 2019, and its free app topped the most downloaded list on Apple and Google mobile app stores in recent weeks.

Thousands of SA companies are taking to Zoom, Google Hangouts and other products as we enter what may be a prolonged period of remote meetings. The longer the coronavirus threat remains, the more businesses, training colleges and clubs are going to ditch rental office space and replace it with virtual offices and online meeting rooms such as Zoom.

Some SA companies were already well positioned for the transition to virtual training. SA Accounting Academy provides continuous professional development for accountants and for years has used webinars to deliver training. It started putting some of its content on YouTube to make it freely available to the public, and this is pulling in scores of new users.

“Online training made sense, even before the outbreak of the coronavirus,” says the academy’s CEO, Rob Murray. “It allows you to reach people anywhere in the country, or indeed the world, provided they have an online connection. There’s no doubt this crisis is forcing everyone to relook at their business models to see how online delivery and customer service can be offered remotely. There is no doubt this is a big market going forward because we don’t know how long the pandemic will last or if there will be another one.”

Read: The best free online courses to do during lockdown

Perhaps the most astonishing beneficiary of the virus is Microsoft Teams, a collaborative tool allowing teams to work together and share information in a common space. It added 44 million new users in recent weeks, doubling its user base in a matter of three months. Its competitor Slack, though much smaller, is also reporting a rush of new customers.

Health stores appear to be doing a decent trade. The share prices of Dis-chem and Clicks have held up well so far this year, though it’s unknown whether sales have been impacted by the lockdown. Byron Yan of Yan Health in Bedfordview, Johannesburg, says his store remains open during lockdown and, though sales are lower than usual, people are stocking up on immune boosters, sanitisers and other essentials. At times like these, health is uppermost in everyone’s mind.

Turning to the local bourse, gold shares such as DRDGold, Gold Fields and AngloGold Ashanti have largely shrugged off the coronavirus panic, assisted by a weak rand and a relatively steady gold price. The gold bulls are out in force, propelled by news of ten million newly unemployed people in the US and a rapidly deteriorating global economy.

BNP Paribas sees a gold price of around $1 675 an ounce in the second quarter of the year, declining to $1 550/oz in the further quarter, based on a progressive return to normal economic conditions in 2021. 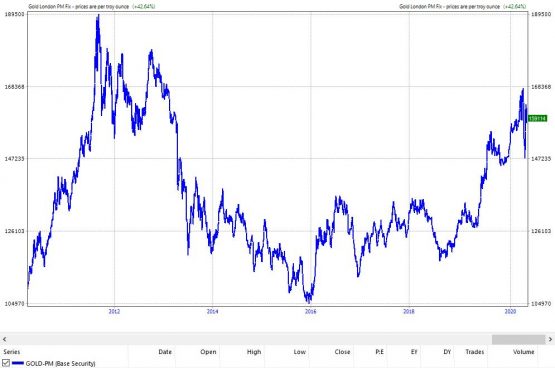 Not everyone sees it this way. United Overseas Bank (UOB) is forecasting a gold price of $1 800/oz by the first quarter of 2021, as central banks drive interest rates to the floor and embark on massive quantitative easing programmes.

“These significant stimuli bode well for gold and will be the fuel for gold’s rally once the USD funding crunch abates across Q2,” according to UOB’s head of markets strategy Heng Koon.

The longer interest rates remain low, the better it is for gold.

There’s little certainty around the impact on global gold production of Covid-related mine closures in SA, Quebec, Peru and Argentina, though mines in Australia, Russia and the US are still operating normally. Metals Focus says total gold production for 2020 is likely to be significantly lower than the 3 541 tons it projected at the start of this year, which could add a bit more zing to the price in the coming months.

Other SA shares holding reasonably firm are Naspers, kept aloft by its substantial shareholding in Tencent, retailer Clicks, and British American Tobacco, which got a boost with news that smokers in the Western Cape can again buy cigarettes. Metrofile has held up well, but probably because it is in the midst of being bought out by the Housatonic Consortium.

For most of the rest, it’s blood everywhere.

“and British American Tobacco, which got a boost with news that smokers in the Western Cape can again buy cigarettes.”

Compromised respiratory function bad for covid19, but hey let’s give them cigarettes…agreed smh…

Hit on the head there, BD. I don’t quite understand the government’s stance of allowing cigarette trade at this unpleasant hour.

I suppose the call by some organisation (couldn’t be bothered by its name) calling for sale of alcohol to addicts during the lockdown – for the purpose of sustaining their health – will be welcomed and implemented by the SA governmeNt.

Like giving up smoking for 2 weeks is going to help anyone fight the virus.

Perhaps you should meditate on why you would like to become a fascist dictator.