What’s behind a company’s choice to delist from the JSE?
Another red day, Hulamin interims and Hyprop full-year results
Fault does lie with King IV
CLICK THIS COMPANY MORE COMPANY NEWS SENS
HULAMIN Hulamin CEO Richard Jacob has been awarded 932 150 'performance shares' in the group worth just over R2.1 million. Image: Supplied

Pietermaritzburg-based aluminium semi-fabricator Hulamin has awarded its CEO, company secretary as well as a director in one of its major subsidiaries performance share incentives worth just over R3.2 million.

The move, which comes despite the small-cap posting a wider annual loss of R1.4 billion in June and retrenching staff last year, was announced in a JSE Sens statement on Wednesday. 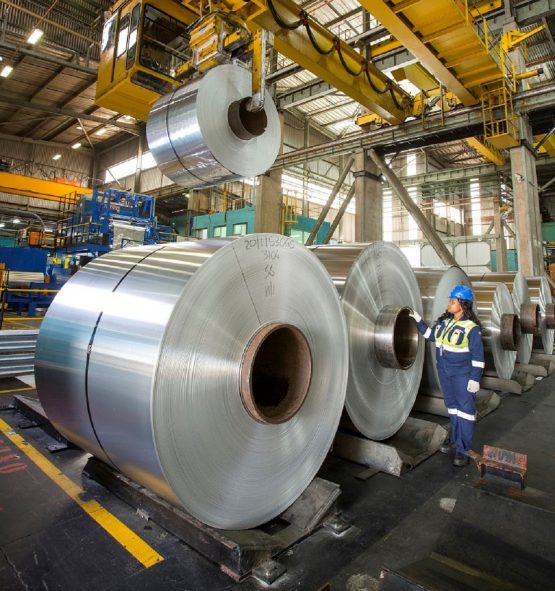 All three individuals have been with the company since the 1990s when it was part of the Tongaat Hulett group. Hulamin was unbundled from Tongaat Hulett in 2007 and its share price traded at around R40 when it listed on the JSE separately. Jacob was appointed CEO in 2010.

Jacob, Fitchat and Janneker have accepted the performance shares, however the shares will only vest in August 2023. These shares have been valued at R2.28 per share, more than twice the current trading price of the company’s shares.

Hulamin’s share price closed almost 1% down on Wednesday at R1.08, however the stock has plunged over 50% this year and by around 90% over the last decade.

“Shareholders are advised that Hulamin has made awards of shares linked to the performance of the company [“Performance Shares”] in terms of its Equity-Settled Conditional Share Plan… The Performance Shares will be settled in a ratio of 1:1 with Hulamin ordinary shares on vesting,” the group noted in its Sens statement.

“The awards are deemed values based on a 30-day volume-weighted average price of a Hulamin share of R2.2828 as at 31 December 2019 calculated in terms of the guidelines of the Share Plan… The transactions took place off-market and the requisite clearances have been obtained,” Hulamin added.

Hulamin awarding these performance shares to the trio have raised the eyebrows of shareholder activist Chris Logan of Opportune Investments, and Cy Jacobs of 36ONE Asset Management.

“Performance… What performance? It’s a total anomaly to me,” Logan told Moneyweb in an interview on Thursday.

Fault does lie with King IV

“When Hulamin listed in 2007, its share price was around R40 a share… I believe the company had a market cap of around R8.6 billion back then. While there have been further rights issues, the company’s share price is trading around the R1 mark today. Its market cap has plunged to around R345 million currently,” he pointed out.

“Hulamin’s share price has declined even more than Tongaat Hulett has during this time… Since listing in 2007, shareholder value has been decimated at Hulamin while company insiders continue to make a fortune,” added Logan.

Meanwhile, in a tweet on Wednesday Cy Jacobs highlighted the issue saying more compensation is in line for Hulamin’s execs despite having “delivered nothing but tears for shareholders”.

Hulamin : More performance comp for execs when they have delivered nothing but tears for shareholders. Heavy management cost structures will erode all equity soon unless changes are made quickly. Total board comp 24.7m for 2019, thats 7% p.a of market cap #Shareholdersvote✅

Why on earth the company secretary needs to get share options is beyond me. How is he going to grow the business by e.g. keeping minutes of meetings and preparing resolutions? Obviously the boys in the inner circle are looking after themselves before retirement.

People in the inner circle are always taken care off from promotions to huge salaries to bonuses to share allocations.

Who are to blame? (Except the character deficiency of the CEO and board.)

The institutional fund managers like the PIC, Sanlam, Mutual and others who for decades have voted for these outrageous compensation schemes.

The institutions have failed in their fiduciary duty to their clients.

They are enriching themselves at the expense of the company, it’s employees and shareholders and it needs to be stopped.

Large shareholders like the PIC, GEPF, IDC need to have Hulamin executives (both past and present) and all board members investigated and charged if found to be involved in corrupt activities.