Loyalty pays off for Clicks Clicks opened 111 stores, including 80 through an outsourcing agreement with Netcare, thereby expanding its footprint to 622 stores during the reporting period. Picture: Moneyweb

A solid set of annual financial results from Clicks continues to demonstrate the resilience of listed pharmaceutical and cosmetic retailers and the benefits of a well-run loyalty programme.

Clicks chief executive David Kneale told Moneyweb @ Midday, that the increase in dividend ahead of Heps is indicative of its confidence in the future cash generative ability of the group.

He added that the results reflect the resilience of the market in which it operates. “Health and beauty is an affordable luxury even in tough economic times and healthcare items are of need. I think it also demonstrates the strength of Clicks’ brand and our positioning of Clicks as a value retailer.”

Damon Buss, an equity analyst at Electus Fund Managers, explained that the resilience demonstrated by Clicks and Dis-Chem is due to pharmaceutical, health and personal care products being non-discretionary and so sales of these items hold up during periods of economic weakness. “While the balance of the products [such as make up and fragrances] are luxury items and hence are discretionary purchases which should be more cyclical, they are small ticket purchases, relative to other luxuries [such as] watches, TVs, cars and holidays. When consumers are under pressure and hold back on the big-ticket purchases, they will still buy these small luxuries to ‘make themselves feel better’. The global trend of an increased focus on health and wellness is also a key driver of why retailers like Dis-Chem and Clicks are seeing significantly better revenue growth than most retailers.”

Data from Stats SA shows that sales by retailers of pharmaceuticals and medical goods, cosmetics and toiletries increased 9.1% year-on-year from June to August while that of general goods increased 5% over the same period.

Clicks’ retail health and beauty sales, including franchise brands The Body Shop, GNC and Claire’s, increased by 14.7% and by 8.6% on a like-for-like basis. Selling price inflation averaged at 5.3% for the group, Clicks said.

Its Clicks ClubCard loyalty grew membership to seven million and accounted for 77.4% of sales in Clicks.

Clicks said it opened 111 stores, including 80 through an outsourcing agreement with Netcare, thereby expanding its footprint to 622 stores. The opening of 73 pharmacies over the period saw it expand its pharmacy network to 473.

Kneale told Moneyweb that the group is gaining market share in the pharmaceutical market, which allows for its rate of expansion and robust results. “In the pharmacy market, we’re taking share from independent pharmacies as corporate pharmacy grows in this country. But our ability to take share is broader than just pharmacy, if you look at all the other health and beauty categories and even if you look at small appliances we’re taking market share. And that comes back to being a value retailer, having great own brands and exclusive brand products and having the country’s number one loyalty programme with the Clicks ClubCard.”

Renier de Bruyn, an investment analyst at Sanlam Private Wealth, previously told Moneyweb that the pharmacy market is consolidating away from independent pharmacies, after government passed legislation in 2003 that allowed corporates to own pharmacy licenses. Prior to this, the number of pharmacies under the same ownership was limited and pharmacies could only be owned by qualified pharmacists. Now, the consolidation in the market is benefiting both Clicks and Dis-Chem.

Buss said it is possible for Clicks to sustain the relatively high level of growth in the short to medium term, partly due to favourable market dynamics such as urbanisation, the growing importance of health and wellness as well as people living longer than before.

But the group’s high valuation diminishes investment return prospects for shareholders. “While Clicks is a very well-run business that still has some growth opportunities, it is trading on a one year forward P/E of 27.1x which makes it very expensive and hence we don’t own it,” Buss added.

Simon Anderssen, associate portfolio manager at Kagiso Asset Management, said it will be challenging for Clicks to sustain this level of growth as consumer distress intensifies and that this risk is not adequately reflected in the share price of the company. As countries around the world go into lockdown, increasing the number of online working processes is paramount. This is especially important in the banking sector. 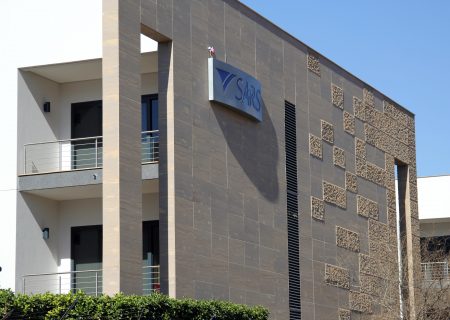