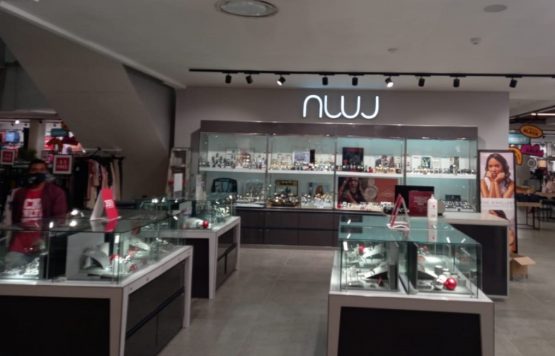 Retailability is the owner of Edgars, while Luxe came out of the restructured former Taste Holdings group, which once also owned the Starbucks coffee and Domino’s pizza chains in SA.

After Taste’s embattled food businesses were closed or sold last year, the group was renamed Luxe and its focus turned to purely jewellery retail.

In a voluntary Sens statement announcing the deal with Retailability, Luxe noted that the move has already been piloted this year with jewellery and watch ‘shop-in-shop’ counters in around 20 Edgars stores.

“With this pilot project producing pleasing results despite trying challenging trading conditions, we have commenced the next phase in our partnership with Edgars in branding all shop-in-shop counters with the NWJ branding nameplate,” the group said.

“We are of the firm belief that the NWJ brand, with a 37-year heritage, will provide the required impetus to fully realise the potential of this exciting venture,” Luxe added.

The group, which also owns the smaller but upper market chain of Arthur Kaplan stores, said that the partnership with Retailability will see it increasing its footprint with more shop-in-shop counters within Edgars stores.

“NWJ is pleased to announce that it will implement a roll-out strategy to double its footprint of NWJ counters in a further number of Edgars stores from early 2022, with the aim to be represented in the majority of Edgars stores within South Africa and Namibia by 2023,” Luxe pointed out.

“Our evaluation and experience of the pilot project indicates that the Edgars’ customer ideally fits NWJ’s offering of quality, value and variety. Edgars’ substantial customer base also holds significant potential for NWJ’s benefit from this credible, well established and trusted household brand.”

While Luxe’s announcement speaks to the group’s expansionary plans, it will be competing with the much more established retail chains of American Swiss, Sterns and Galaxy jewellers – all owned by Cape Town-based retail giant The Foschini Group (TFG).

Earlier this year TFG relaunched Galaxy after buying the brand, which it said would be largely an online jewellery retailer. However, it said it also plans to have Galaxy jewellery sold at its Foschini and other fashion retail stores.

Analysts are not convinced this move by Luxe will see a substantial turnaround in the business, especially with South Africans cutting back spending currently on certain luxury goods considering the work-from-home trend and people staying home due to Covid-19.

Anthony Clark, an independent analyst at Small Talk Daily, said: “Given the range of products that Luxe sells, yes the NWJ jewellery side probably does fit in with the Edgars LSM.”

Clark however pointed out: “The Luxe operation, in its branding and strategic vision a few years ago, wanted stand-alone stores and spent an untold fortune rebranding and upgrading all the Arthur Kaplan [and NWJ] jewellery stores as stand-alone destination locations.”

“What are they now doing with a joint-venture with Edgars,” he questioned.

“As we know, Edgars stores are a long way from where they used to be 10 years ago. Could I see a Luxe department in the old Stuttafords? Yes… Because it was an upmarket image with an upmarket brand and range of goods.”

Another analyst (in the retail space) who did not want to be named as Luxe is now a micro-cap, told Moneyweb: “They’re up against really stiff competition in the form of TFG’s American Swiss and Sterns.”

The analyst questioned Luxe’s chances, pointing out “the market is not conducive”.