Mama Winnie to rest next to little ones The Fourways Memorial Park where Mama Winnie Mandela will be buried on April 14. Picture: Moneyweb

When the Mother of the Nation Winnie Madikizela-Mandela is laid to rest on April 14, she will be with her great-grand daughter Zenani who passed away at the tender age of 13 following a motor vehicle accident eight years ago and baby Zenawe Mandela who lived only two days in 2011.

The family earlier announced that she would be buried in the Fourways Memorial Park, as was Zenani. Moneyweb visited the site and found a family estate where little Zenawe also rests.

When Mama Winnie arrives, they will be together in a tranquil space reserved for her family. There is a lemon tree close by and a bench for friends and family to sit on when visiting. Wind chimes move softly in the light breeze.

Government announced that the burial would be part of a “Special Official Funeral Category 1”. Three current and former South African state presidents are expected to attend and the proceedings will be broadcast internationally.

After the family announced Mama Winnie’s last resting place, Moneyweb asked Wikus Lategan, CEO of CalgroM3, which owns the Fourways Memorial Park, about the group’s journey since the opening of its first memorial park in Nasrec, close to Soweto three years ago.

He was not prepared to discuss the Mandela funeral out of respect for the family’s privacy, but told us how Calgro M3’s Memorial Parks have evolved.

What started off as an add-on to its property development business in 2015, has since grown to a separate and independent, feasible business, Lategan says.

The new, diversified group has a more balanced risk profile with annuity income from Memorial Parks and the residential rental Reit investments that complement the residential development income, which fluctuates with economic cycles, Lategan says.

The Durbanville park has an exceptional business case since the crematorium and other long-term rentals provide a yield of more than 10% before the sale of burial space, of which there is plenty available in the park.

By June, Calgro M3 will add the Avalon Memorial Park in Bloemfontein to its portfolio. This property was previously developed by a group of businessmen, including the well-known Boet Troskie.

Negotiations are underway for a Greenfields property in Pretoria and KwaZulu-Natal, but this may take some time. Town planning approval has been granted for the group’s Witpoortjie Memorial Park and Fleurhof is expected next year. Both of these are in Johannesburg.

Lategan explains that the group sells burial space on a cash basis, but recognises only a part of it at the time of sale. The balance that has been paid for by the client, is recognised over time as the ongoing services and maintenance is provided. Some shorter deferred payment terms, carrying no interest, are also allowed to assist clients with affordability. Revenue is however only recognised in such cases once the total amount is received.

Developing or upgrading a memorial park is more costly than many people realise, Lategan says. With much of the cost upfront, the business is set to become more profitable in time.

The CalgroM3 Memorial Parks provides 24-hour security and guarantees the continued upkeep of the property through a perpetuity maintenance fund.

At Fourways Memorial Park the privacy of family estates appeal to clients. With burial space for between two and eight persons, the estates are separated by low plant hedges. Within its plot a family may construct and decorate as it pleases, within set rules.

Some families prefer impressive granite structures and others something more earthy. One such space reminds one of images of Jesus’ grave complete with a stone that looks as if it is covering a cave and could be rolled away at any time. Another family placed perhaps a favourite little red truck in a flower bed next to their little boy’s last resting place.

Some have installed water features that provide a sense of tranquility and many have benches for visiting family and friends.

Fourways Memorial Park also offer options for the interment of ashes, a rose garden where they could be scattered and tree memorials.

The Mandela family has decided to lay their mother and grandmother to rest in this tranquil environment in little more than a week.

Rest in peace, Mama Winnie. Next to the two little ones. Close to the lemon tree. Thousands of of foreigners have been stuck in SA since the government announced a national lockdown. 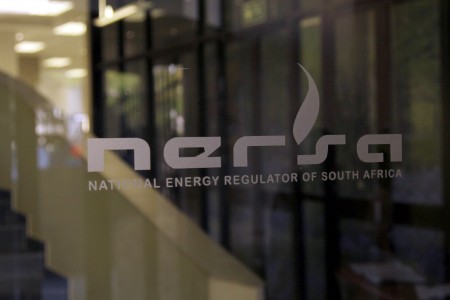 I've inherited R200k. What's the best way to invest it?

Thulisile Nkomo / 1 Apr 2020
There are several factors that need to be considered before embarking on your investment journey.