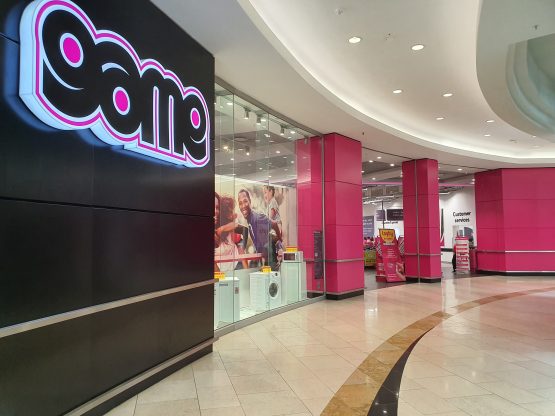 Despite Massmart’s plan to retrench up to 1 800 workers within its biggest loss-making division Game, the JSE-listed retail and wholesale group has no plans to close any Game stores or reduce its floorspace.

Massmart CEO Mitch Slape confirmed this to Moneyweb on Thursday during a media conference on the group’s interim results for the 26 weeks ended June 28.

The group, which also owns Makro and Builders Warehouse, posted a record headline loss of R1.1 billion for the half-year.

Game’s loss came in at just over R416 million, but Slape said Massmart is committed to turning around the chain, which is a key part of the group’s overall turnaround plan. “We have no plans to close Game stores or downsize [store retail space],” he said, adding that the chain’s exit from fresh food and reintroduction of apparel within its stores is on track.

“We have finished the conversion of 51 game stores countrywide and are excited by the apparel rollout, which presents an attractive business opportunity for us … It is a key intervention and offers higher margins [than fresh food],” he noted.

Some analysts have called on the group to close its unprofitable Game stores and reduce the size of “over-spaced” outlets. However, Game’s move back into higher-margin clothing apparel may mean the space previously occupied by fresh food is being put to better use.

Read:
Massmart in need of an ‘Edcon-like’ overhaul?
Game over for fresh food at Massmart’s biggest chain

Slape’s comments on Game come as some good news to retail property companies, which have faced the closure or downsizing of several Edcon stores (Edgars, Jet and Boardmans/Edgars Home) as well as the total closure of the DionWired, Stuttafords and Forever21 chains in South Africa over the past few years.

Slape also clarified that Massmart has no plans to sell its Masscash division. Masscash used to house its wholesale cash and carry chains such as Jumbo and Rhino, in addition to the lower-end retail chain Cambridge Foods.

As part of its restructuring, Massmart planned to close 11 stores within Masscash. However, Slape said it’s now looking to sell eight of the 11 stores instead.

“We have no intention of selling the former Masscash division. There is no sale of the entire business, just a few stores that we were planning to close,” he said.

Slape said that despite the impact of Covid-19, Massmart’s overall turnaround plans are still well on track.

Massmart is hoping the harsh Covid-19 trade restrictions South Africa experienced between late March to the end of June are a thing of the past.

This period saw the group suffer R4.6 billion in lost sales, which Slape said translates into lost profit of around R743 million.

Massmart is a significant player in the general merchandise and DIY trade in South Africa. There was virtually no trade allowed in these sectors during the hard lockdown between late March and the end of April. While restrictions were eased from May, the group has also taken a hit from the bans on alcohol and cigarette sales.

According to Massmart CFO Mohammed Abdool-Samad, around R550 million of the R4.6 billion in lost sales is related to the bans on liquor sales during the lockdown period to the end of June alone.

Slape noted that the trading restrictions impacted up to 56% of the categories carried by the group. He said while he understood the reasoning for the lockdown, the restrictions to trade did have a significant impact on Massmart.

“Perhaps what has been most frustrating for us was the back and forth on liquor sales,” he said, adding that the group is still affected on this front, as liquor sales are only allowed four days a week.

In spite of Massmart’s record half-year loss, the group’s share price was up more than 12% on Thursday, closing at R26.70.

The surge indicates that the market is buying into Slape’s turnaround plan. He was parachuted into the Massmart hot seat from Walmart last year, after the group reported its first losses since listing on the JSE in 2000.

US-based Walmart, one of the biggest retailer group’s in the world, acquired a majority 52% stake in Massmart in 2010 for $2.3 billion. At that time, Massmart’s share price traded at around R140 a share.

“Massmart’s share price has lost more than 80% of its value over the last 10 years,” independent retail analyst Chris Gilmour has pointed out.

“During this time, the group has gone from being one of the best FMCG [fast moving consumer goods] retailers in SA, to one of the worst performers amongst the major listed players in the sector,” he told Moneyweb.

Gilmour said he was not convinced when Slape announced Massmart’s turnaround plan at the start of this year.

“While the move to split the group into two key division [retail and wholesale] made a lot of sense, I thought here we go, more changes. However, Slape is making a positive impact. At long last, the group is taking advantage of the synergies of being linked to Walmart,” he said.

“It took the appointment of a proper Walmart man for them [Massmart] to see this… Slape has demonstrated that he has got the ear of the Walmart bosses in Bentonville, who may have told him to get things right at Massmart or we will exit,” added Gilmour.

“Massmart’s turnaround plan is not going to happen overnight and there’s no doubt that Covid-19 has impacted the group, especially from a general merchandise sales perspective… But I think Slape will give it all his got.”

There’s too much of everything.The world is saturated with ‘things’.The majority of this overpopulated world can’t buy things.

Since the end of the 20th century, Game has fallen behind.

It is unique in that when I walk into a Game store, I feel like I have gone back in time 20 years. The branding and colours make it feel like a sort of giant corner haberdashery store in a dodgy neighbourhood.

I always get the impression that I should be bargaining at the till.