The company said it would continue talks with labour unions on measures to mitigate job losses. Image: Supplied

Massmart said on Thursday it had decided to close all of its non-performing stores, as cash-strapped consumers battle with high unemployment, modest wage increases and higher average fuel and utility prices.

Massmart, majority-owned by Walmart, said management will close trading at 23 Dion Wired Stores on March 19 and will decide whether to cease trading at 11 Masscash stores.

The company said it would continue talks with labour unions on measures to mitigate job losses and look at moving affected workers into vacant roles in other stores “where practical and reasonable”.

It took an American to do this? Strange but true! Protecting the interest of big daddy back home?

These Corporates are quick to blame external factors for their woes! Truth be told, the competition from the Independent traders have also played havoc on their performance

Their Cash and Carry division is hard hit, not to mention Game and Makro

I for one despise shopping at these outlets.The service is appalling with staff constantly on their cell phones without a care in the world

Enter the Independent. His survival depends on service. I support the Entrepreneur not the Corporate

No, the truth is that Corporate SA has been responding to the low growth in the economy for the last 3 years by doing any of the following: selling non-core businesses, investing less, reducing the number of hours worked, cutting back on the number of shifts worked, consolidating businesses, cutting expenditure and increases, improving operational efficiencies, growing e-commerce, new strategic alliances and retrenching staff. But they can only do so much. It is only Government who lives in cloud cuckoo land who refuses to do any of these since they don’t see the need.

To a point Dragon. I used to employ 120 staff ,a tax collector for the Communist led ANC Government.

When i realized that my tax money goes to fund the very person who votes the ANC back into power through social grants with my money , the blatant theft and corruption of our hard earned taxes by Government no incentive from them to me employ people, i decided enough is enough and i shut it down , to start something new.

With their policy of BEE it’s not in my interest to employ. I have one staff member, I’m not Unionized, i don’t take sick leave, i don’t demand and i’m a happier person

I’m living proof, i’m sure there are thousands more

Where do i get the money?

That might be so Black but with respect it’s the very same “poor people” who are unionized, who chat all day on the floor to other staff members, and when you want assistance they’re either on a tea break, having lunch,sick or on their mobile phones typing away. Cell phones should be banned in the wirk place during working hours

Thats why the Independents thrive , through the dire at times absent and unfriendly staff at Corporate stores people prefer service above all else
They think their jobs are secure! It’s as a result of their attitude and lax service that customers do not return..I’m a prime example..Makro and Game will never see me again

Point in case: P’n P Family Stores vs Corporate. Just look at the results and witness who Performs in the group. The manager/owner is on the floor most of the time attending to customers..were it not for them he won’t have bread on the table, and he knows this

Yes but many of the poor people don’t appreciate their jobs. I have walked out of Massmart many times for lack of service, empty shelves etc. Rather support the car guards.They are on the ball.

Haha! Couldn’t happen to a nicer bunch of thieves! Selling me a TV for R29k, and then not 5 months later selling same TV for R19k – and this after assuring me that this would not happen. What’s that i hear you say? Oh, there’s a sucker born every minute? Well this sucker subsequently spent a helluva lot more money on various appliances & gadgets, but not at any Massmart/Dion Wired stores, that’s for sure. Cause & effect….

The taste of a bitter customer experience lasts long in ones mouth.

Treat me like a king – especially if I’m a peasant…. And u will have my loyalty for life.

So is Dion Wired being canned as a brand?

Why would Walmart ever invest in any SA operation? Does it take Harvard and Yale MBA graduates to make such a dumb decision? 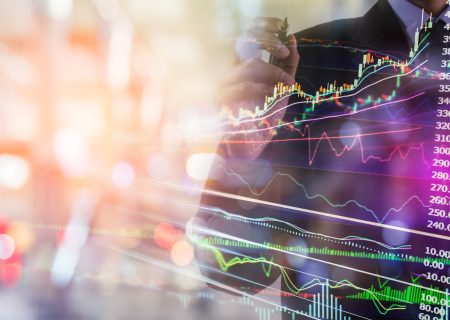